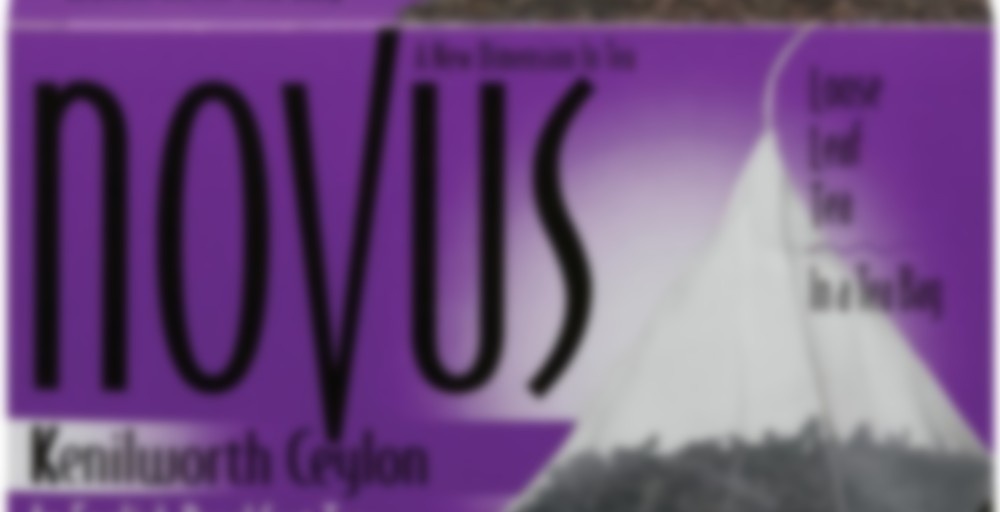 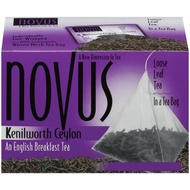 Grown in the mountains of Sri Lanka. Kenilworth is famous for its rich full-bodied flavor. Enjoy this world-class, full-leaf Ceylon tea any time of day.

Got individual packets of this tea at a conference at a Hilton hotel. It uses the finer-quality mesh bags (pyramid shape) as The Mighty Leaf brand, and is a full-leaf tea in the sachets. I don’t believe I’ve had Kenilworth Ceylon before, or if I had, I didn’t know it. There were no English Breakfast options, so I went with this, which seemed to be the closest thing. It brewed up a bit mild, even when I let it steep for more than 4 minutes, and had a vaguely smoky flavor similar to a very mild lapsang souchong, and a honey-colored liquor. I tried mine the first couple of times with milk and sugar (and once with milk and a bit of honey) and found that it didn’t stand up to those additions very well compared to other black teas I have had. I suspect it would be much nicer without milk and sugar, or maybe with a bit of lemon and honey instead. It reminds me a little bit of Twinings Lady Grey, but without any of the floral notes or fruitiness… just the relatively mild flavor that you can’t seem to brew any stronger, no matter how long it steeps. I also noticed that as it steeped beyond 5 minutes, it started to have a more tannic feel on the tongue and a more wet-moss smell to it. Not unpleasant in either case, but I think if I drink this again in the near future I will stick to 4-5 minutes with water just off the boil, and maybe avoid milk and sugar. As for the packaging of the tea in the individual foil packets, it’s one of the nicer package designs I have seen, and indicates that the tea is not only gluten-free, but Kosher as well. The package says it is a “full bodied black tea” but I found it not nearly as full bodied as other teas I have had recently.