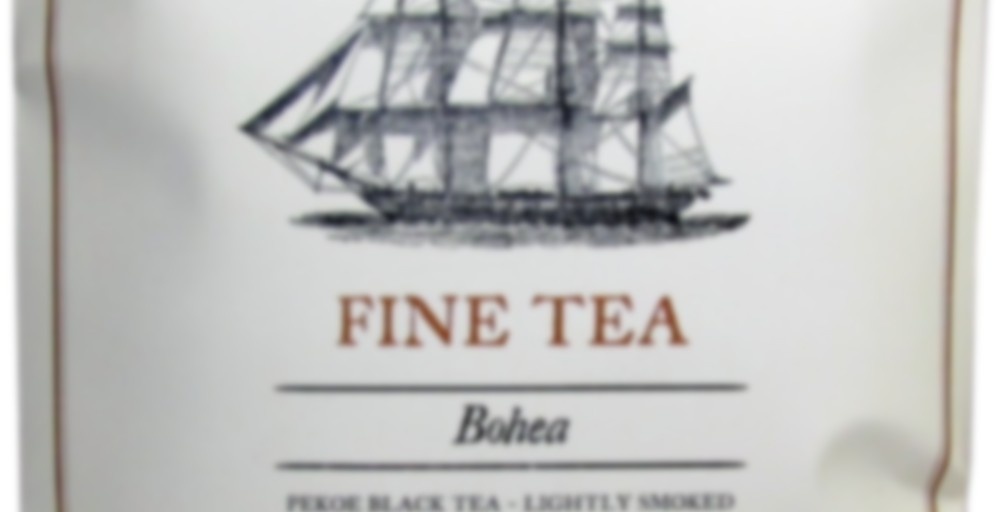 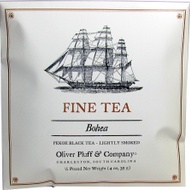 by Oliver Pluff & Company
80
You

Description: A black tea blend of pekoe, orange pekoe, and souchong (lightly smoked) tea leaves. Bohea (pronounced “Boo-Hee”) was the most popular tea among the colonial Americans and for a time the word bohea was even substituted as the word for tea in general. In colonial times, this tea was typically a blend of cheaper grade teas, although it was considered a high quality tea.

History: In the Boston Tea Party, 1586 chests of Bohea were destroyed.

Blended by hand and packaged in Charleston, South Carolina

It is a Bohea morning!

Loving the smokey notes in this one. I still can’t get over how big some of the leaves are. I did end up transferring to a tin, just because I have my doubts about the packaging over the long haul. Definitely an enjoyable tea, even if it is from a touristy source. I feel so colonial!

I did find a downside for me and smokey teas….I am sitting here with a little general morning congestion and I keep getting a whiff of something smokey. Then I have the sudden urge to figure out what is burning when it is just my tea!

Seems to be going around…I just brewed up a cup from Upton!

I’m having Bohea this morning too!

Okay this is a tea I never would have tried if it didnt come in something like the traveling tea box.

This tea is interesting, and its not nearly as strong as a lapsang souchong tea, its much more mellow with the smoke , letting the natural malty sweetness of the base black tea shine though.

The liquor is clear reddish brown, and very aromatic. The flavors are pretty expected, smoke is still the primary flavor, then malt, sweet, chocolate, maybe some dark fruit. The flavors you would expect from a high quality black tea. The thing I really like is the base tea flavor still plays an important role rather than just getting hammered with smoke like lapsang souchong often does.

Im not sure this is listed under the correct tea, since it says for the botson tea party museum , but it is Oliver Pluff and company Bohea.

I have to say, this impressed me..