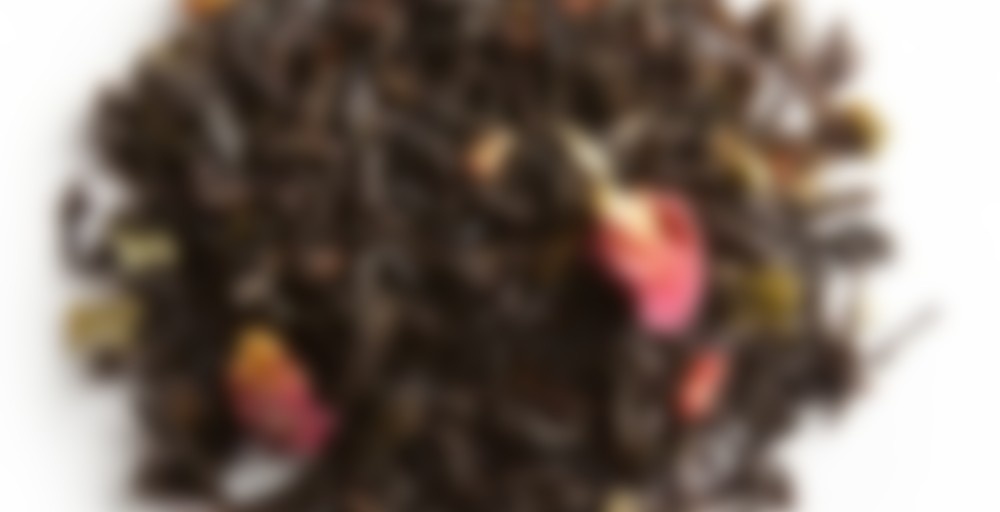 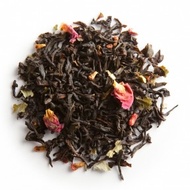 by Palais des Thes
77
You

Suddenly we now have a large chunk of this here wedding malarky sorted satisfactoraly. We had a meeting with the restaurant this morning and the battle plan for the day has taken shape. Now all we actually need is just invitations and our own outfits.

This totally calls for celebratory tea. I’m also celebrating with some chocolate cake so I chose a fruity one that might go well with it.

What I have actually ended up with, though is a rather curious blend, because it wasn’t until after I had almost poured a full cup and the contents of the pot suddenly didn’t fit, which it usually does, that I realised that I had about a third cup left from this morning. That was The du Tigres (or whatever. In this house goes by the name of Tigger Tea), also from LPdT. That one is smoky.

I think I’m about to discover what a flavoured Lapsang Souchong might be like. (Seriously, have either of you ever seen that? And I mean flavoured, not just blended into something flavoured. I would seriously like to know what that could result in)

My accidental blend of strawberry black and some cold half-day old Tigger Tea is actually surprisingly good. It doesn’t hurt that I’ve really managed to nail the strawberry on this pot. So it’s very strawberry-like and then I get some of the smoke coming in on top and near the end of the sip.

It sounds bizarre, I know, but it actually strikes me as a really interesting flavour. It makes me actually want to try and experiment a bit with smoky tea and fruit flavoured tea. Just the regular LS, though. The Jin Jun Mei that Spoonvonstrup sent me is obviously way too valuable for that sort of fooling about, and the Tigger Tea is getting a little low and the boyfriend has become very fond of it.

Congrats on the malarky sorting!

Thank you. Weight off my mind! I hate this organising stuff.

I have one mixed with dry jasmine’s that is more mellow and good. I mixed Oh Canada. by DavidsTea (use any Maple) some Lapsang Souchong and a pinch of Applewood Smoked Salt (really good) . I was going to toy with how to get natural flavor like applewood on the Lapsang to blend with maple. I can imagine chili and chocolate too.

I lean more towards fruit flavours myself. And vanilla and sweets obviously. I’ve never really had much luck with chocolate, though. It never seems to want to come out properly for me. I have tried adding a little maple syrup to a cup of LS before which turned out relatively okay. I’m not used to sweetening my tea at all, so it got a little too much in the end.

I often put a pinch in my floral tea’s like Czar Nikolas Renaissance and my local shop has Lapsang Souchong Earl Grey.

Oooh… wedding malarky. Part of the reason Missy and I are still just engaged ;)

Bonnie, I’ve never considered doing that before, but I’ll definitely experiment with it now. What I would like though is a fruit flavoured tea where the entire base is LS. If it’s a fairly mildmannered LS, I can’t see why it shouldn’t work.

Cteresa, I know! I’ve been sceptic about flavouring green, oolong and pu-erh when first I encountered those, wondering how it was at all possible. But it was and it’s good, so why shouldn’t this work?

Dylan, my advice is that when you decide to marry, make sure you’re well on the way with preparations before you tell anybody. I think that would really keep a lot of the stress down. There have been times where I’ve wished we could have done that.

I’d love a LS and melon or pear if the fruit would stand up to the LS. No heavy hand!

Oooh, so exciting!! I wish I was as far along as you in wedding plans. I’m at the very beginning, taking a trip at the end of the month to check out possible venues. I’m surprised you haven’t gotten the dress yet. That’s one of the best parts!

Oh there’s no rush with that, but it will be the next thing on the agenda. I need to consult with my mother about it first though, because I want to take her along to help me. (and drive me) We’ve been looking at some windows and some websites though, so I do have a few candidates that I’d like to have a closer look at. Since ours will be a civil ceremony, which in Denmark is literally just the two questions and takes all of five minutes (no seriously. Our time is 11:05 and the couple before us is at 11) I don’t need the whole shebang of veils and a dress that looks more like a dessert than anything, and if it should happen that I can’t find a white dress that suits my demands, I could happily go with a different colour. I’ve been thinking actually if it might not be fun to have coloured shoes instead of white shoes. I saw some bright blue ones yesterday, same blue as in my icon.

Colored shoes are a great idea, seen lots of those lately, specially with knee length dresses and colorful flowers, it is so cute – go for something you love and reflects your style!

And then you’ll have your something blue!! :)

I’m not paying super-much attention to that particular tradition, but the thought did cross my mind, yes. :)