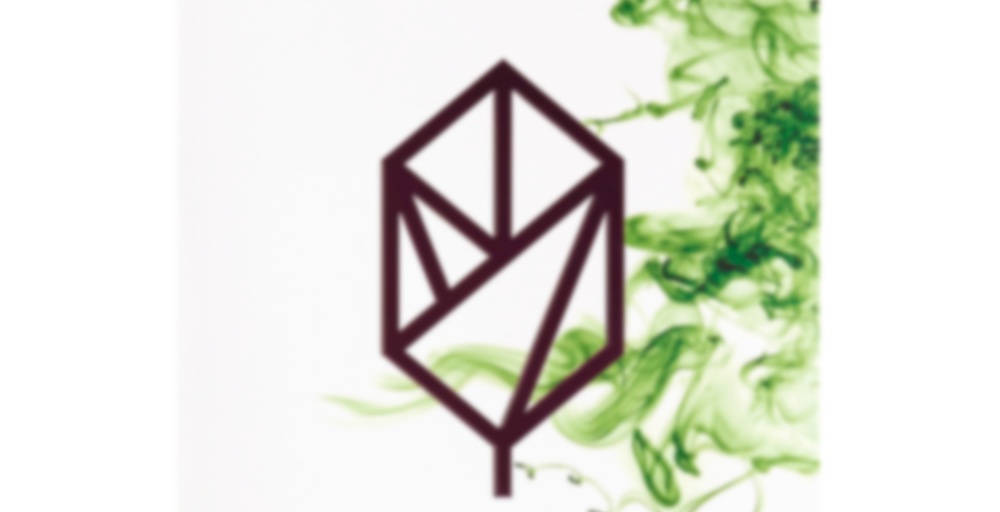 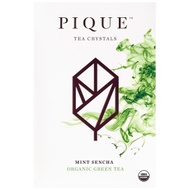 The perfect pairing of Japanese green tea with fresh spearmint. Vibrant and refreshing.

Handcrafted from organic whole leaves by our tea master, Pique Tea crystals are an exquisite, nutritious tea in a modern sachet. Simply open and stir with warm water for a perfect cup anytime, anywhere. www.piquetea.com

So, I’ve been aware of Pique’s tea crystal/instant tea for years now, and a couple grocery stores in town actually carry their tea as well. However, it’s something I’ve always been HIGHLY skeptical of and just unwilling to spend my own money on because I just know that there’s no way I’m going to like them.

There was one of these little packets in the box though, and I figured now is my chance to scratch that curiosity itch and just give one of these a whirl so I can finally just sort of ‘move on’, if you will. Basically, these are like little premeasured out instant iced tea packets that dissolve the same way powdered juice mix does or, say, instant Nestea iced tea. I think these are meant to be a higher quality than the latter, though.

Anyway, my suspicions have been confirmed: these are GROSS. For starters, it brews up an ungodly fluorescent yellow colour and smells a little bit like an overly chlorinated pool with a tinge of mint. The taste isn’t much different, but in addition to the chlorine and vague mint thing it’s also just REALLY bitter, and had a strong seaweed kind of taste. I swear I tried to be super open minded here. I swear. Like I was telling someone on instagram though, I don’t think the pairing of mint and sencha is an inherently bad one. It’s just not done well in this case.

I guess I can see the appeal to these if you worked in an office without decent tea making conditions or for travel!? But apart from that, it’s pretty nasty. It’s basically bad Nestea instant iced tea mix. Plus, we all kind of just know that while Nestea is technically tea it also just… isn’t. That’s what I’m feeling about this one right now. It’s technically tea, but really it isn’t at all. Worse that most bagged teas, as well.

But hey – at least I finally got to try it so that I could know FOR SURE.

Yeah, I didn’t like this one at all either. However, I am glad I got a chance to try it out so that I am not tempted to buy it :D

“Mint. Sencha. Green Tea. All of these things are green and so all of these things would indicate GREEN powder was hidden inside the little brown tea packet. There is even a green stripe on the package to drive the point home. So I was certainly surprised when I dumped the powder out of the package only to find a substance that resembled golden turmeric in my teacup.” Confusing and honestly, not that great. It’s buttery and vegetal and also fresh but at the same time the flavor is bitter and harsh. Fun to try though!

I did not like this one. It had the qualities of their sencha tea crystal (which was vegetal and buttery) but with an oversteeped swampy spearmint flavor. I think what was more disappointing in this mint flavor had potential to brighten the instant tea, adding freshness that it lacks, but the mint was just overstewed tasting to fix anything.

Next up was the Mint Sencha, I like mint and I like Sencha, so this seems promising. Like the Jasmine it lacked much in the aroma department, but once I added water to the crystals the mint and slightly vegetal tone of the Sencha made itself well known.

The taste of this one was mild and surprisingly umami, savory notes of spinach and kelp blend with cooling mint and a back taste of kale. It was not bad, it lacked depth but its taste was enjoyable if not a little mild. I think my only real complaint with this tea is its price, and since I know cost value is different for everyone this is not something I bring up often on the blog. See, I am not a person with income so I am always looking for tea that is a bargain while not skimping on taste and quality, take for instance a favorite tea of my, Ailaoshan Black is $6 for 50 grams of tea, if I use roughly 2 grams per 100ml gaiwan that is 25 sessions of tea, and since that tea gets me 3+ steepings each session, well you can see it does not even compare to something that costs almost $10 for 14 cups of tea. To me it is not worth it, but like I said earlier, I am not sure I am this tea’s target audience. But to be fair, let’s look at who this tea’s target audience really is, the bagged tea drinkers, if we are to look at higher end teabags (let’s just say Adagio’s Sencha which is $19 for 15 teabags) things make a bit more sense. Taste wise these teas blow most teabags out of the water, so that is a solid win there, thus ending my tiny foray into economics.

I agree with what you have written. I justify this on the math side by seeing it as for people on the go. This is much less expensive than stopping by the local Teavana/Starbucks on the way to work.

Life has put me on the easy-to-steep, bagged-when-possible, oh-my-ears-and-whiskers-I’m-late track, so K S’s reviews, and kindly supplied samples, of these little crystals intrigued me. Heat water. Stir. Done. No wait.

The English Breakfast was so strong, I just started with a larger mug this time. Result: a light, lovely, surprisingly fresh cup. Nice balance between the sencha and the hint of mint. Neither overpowers.

Yeah for no wait! And yeah for tea that surprises. I expected to not like these teas, instead I very much enjoyed them.

I’ve been quite busy as well so what I’ve been doing is “bagging up” my loose leaf tea. I grab a tea I need to use up, grab DAVID’s drawstring paper filters (they stay closed which is why I LOVE using them)and I fill up a Ziploc baggie with the tea bags and that’s what I use when I’m at work. It’s really been helping me use up teas I want to get rid of + tea bags are just easier on the go.

I haven’t seen the drawstring kind—nifty!

We have a major lake in the back yard from heavy rain. Thankful. In northern Indiana they are getting heavy snow. I hate snow. I hate winter. I thought I hated spearmint.

This is a spearmint and sencha green tea in crystallized form. While my brain keeps telling me this is instant tea, my taste buds remain unconvinced. Super easy to make. Pour the packet powder into the mug add some water at 175F. Drink. I don’t even need to stir.

Instead of tasting like toothpaste which I never ever buy spearmint toothpaste – ever, this is just different. I am thinking it is like jasmine, which I thought I didn’t like until I had a better one. This is obviously spearmint and intense, but not icky intense.

It is accompanied by an equally intense amount of grassy bite. It reminds me of the level of bite often found in Ceylon tea. I rather like that.

I’m pretty sure if someone handed me a cup of Pique tea and didn’t tell me, I would not know it wasn’t home brewed loose leaf. It is an interesting idea, done well.

ashmanra
Delete
I prefer spearmint to peppermint in tea!