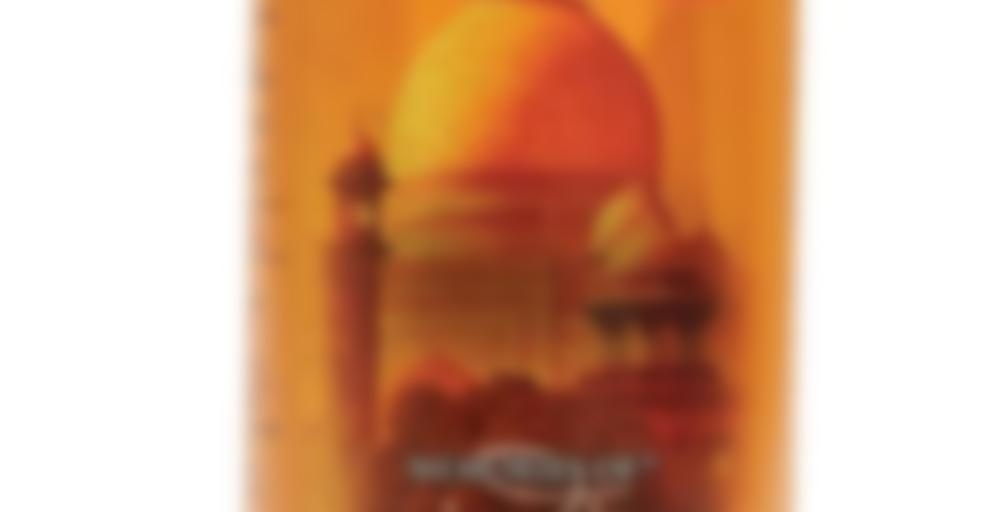 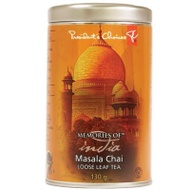 by President's Choice
80
You

A blend of premium black teas and exotic sweet spices. Best when prepared with water, milk and honey.

I tried this iced. Iced chai, you say? I call it Iced Chai Latte! Although I think lattes have steamed milk in them or something—to constitute the “latte”—but heck if I know, and I like the name. It was inspired by Starbucks. Either because I looked at their menu and saw that they had “iced chai lattes”, or because I looked at the menu and thought “why DON’T they have iced chai lattes”.

It looks like Starbucks’ and Tim Hortons’ iced lattes, at any rate. That coffee cream colour with icecubes, that makes it look like an alcoholic drink—a coffee or chocolate liqueur—because no reasonable person would put icecubes in milk. I didn’t double the recipe because I remember this being so spicey on its own, and it does hold up quite well, although maybe I should have 1 + 1/2’d it or something, because the flavour is slightly weaker with the cold. Still very tastey.

Basically followed the usual stovetop recipe, sweetened with honey, then poured over icecubes. Ended up with three glasses, so the other two are in the fridge. I plan to share.

Very refreshing. The tea and spices aren’t so much in the sip as they are in the trailing aftertaste. But still, it hit the spot. Way better than spending four bucks at Starbucks for something similar. Although I’m sure theirs are sweeter. But mine’s homemade! Mmm.

Now that I think about it, condensed milk might have been an interesting alternative. Well, maybe not ALL condensed milk. Halfandhalf. Not that I have any, but it would have made it sweeter. It’s a thought for next time.

Or a dollop of whipped cream on top. With brown sugar and/or cinnamon sprinkled.

Holy crap I love this tasting note! Yeah if it doesn’t have milk it’s not a latte- it’s just and iced chai. If you blended it, it would almost be a quick iced granita (depending on your chai:ice ratio) or slushy. Starbucks definitely has iced chai lattes, but unfortunately I can’t figure out how to use loose leaf w/ the iced version like I do the hot. Although if you didn’t put milk in yours, I doubt it looks like Starbucks’s version. Sometimes instead of milk I will put a scoop of ice cream (I actually use chocolate frozen yogurt) in the bottom of my glass and pour the chai over it. YUM! If you like chocolate and cayenne, I strongly recommend 52teas’s Mayan Chocolate Chai. It’s got me so spoiled it’s pretty much the only Chai I will drink much less like:)

I did use milk (added and heated in the pot after the tea steeped), but I figured, since steamed milk is part of what makes a latte a latte (otherwise it would be tea/coffee with milk?), they probably do the same thing/something similar before they ice it to make it a “proper” iced latte. Who knows! I suppose I’d have to look it up.

I should make my first 52Teas order at some point (that one’s on my List, though). Until then, maybe I should try something with Numi’s chocolate puerh. Hmmm.

Ah your 2nd sentence confused me- I thought you meant you skipped milk oops. Yes Numi’s chocolate pu erh is very good w/ milk even though it isn’t a chai- and YES! you need to make a 52teas purchase. In addition to Mayan Chocolate Chai you should try their Mayan Chocolate Pu Erh.

Found this in my parents cupboard this morning and thought it smelled amazing. I didn’t follow the directions on the can. I made it the way I typically make chai. Added a bit of milk and sugar and it is wonderfully spicy and delightful. Already looking forward to my second cup.

I love this tea. Probably my first experience with loose-leaf tea, and almost definitely my favourite chai! I make this in large batches, brewing about a tablespoon in 2 cups of boiling water, then adding 2 cups of milk, and heating until a good temperature, then I add as much sugar as I’m in the mood for. So delicious!

After having this tea for quite a while and sort of forgetting about it I’m having another cup. Unfortunately my previous assessment stands: This tea seems rather bland. Mind you I just steeped it in water in a mug rather then the stove top method so that might be to blame, but I put a decent amount in, and left it for almost 10 minutes and still…not a whole lot of flavour. It doesn’t taste bad in any way, just very weak. I certainly don’t find it among the spicier of my chai blends, despite the large chunks of various spices I can see in it.

Drinking with a splash of cream and a teaspoon of honey to give it some substance. Maybe I’ll try the stove top methods next time.