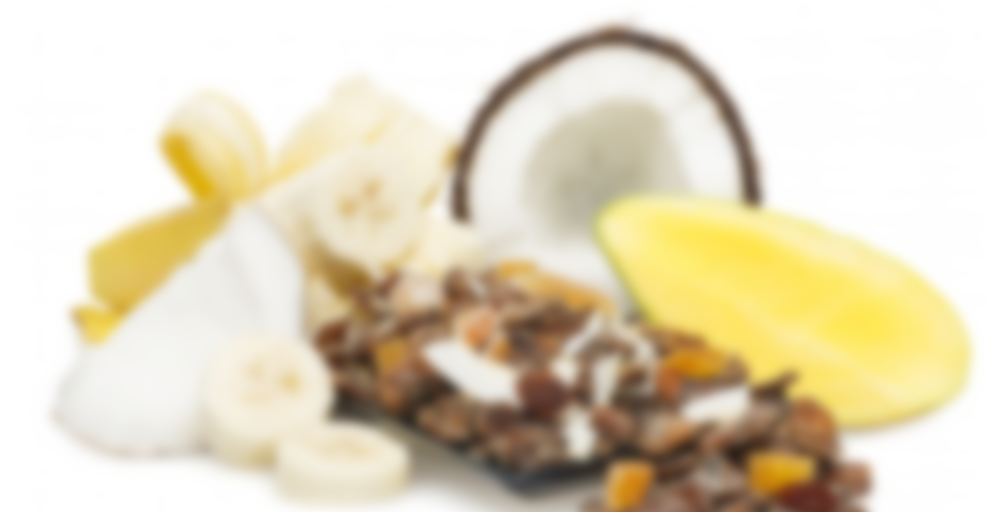 We all feel like going bananas sometimes but no need to despair, because we have a delicious cure in mind to help you settle down and feel the positive vibes. Sip on something sweet with the delicate bliss of banana goodness. We have combined a variety of dried bananas, papaya, mango and coconut to take the edge off those hair-raising moments. This cheerful blend is sure to give you the mood lift you need, bananas have been linked to mood improvement and generally making you feel happier.

Made this in my curve travel mug, which I am currently loving but will review later, because I don’t want the ‘honeymoon stage’ to colour my perception.

I’m sad that river tea went out of business so soon after starting up, as I really did enjoy many of their blends. This one in particular got rave reviews, and so I pretty much filled my steeping basket with the trail mix and let it steep endlessly. I’m drinking it a few hours later, and it’s really like people are describing: liquified banana bread. I suspect that waiting for two years to drink it has not been kind to this tea, but I know it could be a lot worse. It’s begging for a bit of milk though, but even just like this, you can taste a ton of banana followed by the way your mouth feels after you’ve eaten dates, without the actual taste of date if that makes sense. Maybe a honeyed sensation more than anything else. It’s lovely to sip on and it’s helping to warm me up in my frigid office. And tasting better as it cools!

Banana tea so good!! I was so sad to see River tea out of business. Was gonna place an order that week lol

I totally missed the news that River Tea went out of business, and then suddenly a bunch of very sad tasting notes started appearing. I’m sad too, as I’d hoped to have a chance to order from them. Oh well. This does sound gorgeous.

sami, I’m glad you at least didn’t try it only to fall in love and have it leave you haha. I really thought this company would do well, though.

It was really sudden!

Thank you Ost for the sale! I’ve seen tasting notes for this one before and it sounded good. It is — it tastes like a liquefied banana coconut cream pie! I may have left this one steeping for 25 minutes but the steep instructions suggest 10-15 minutes anyway. The most noticeable flavor is the banana with hints of coconut. I’m not sure what sultanas taste like but there wasn’t much flavor from the mangos and papaya… they probably lent some extra syrupy sweetness. (Also, NO hibiscus in this one. I feel like if it’s a herbal blend I have to give a hibiscus report.) It is certainly a dessert tea without caffeine! (Or with some graham crackers I was eating with the tea – it’s like the pie crust paired with the filling.) One of the best herbal blends I’ve sipped. There is just some ripe brown bananas in the infuser is all. :D Amazing that the bananas can be in a tea but I taste NO preservatives.
Steep #1 // just boiled // 25 min

this sounds so good… I love banana teas :)

Darn. I may have to get some. I love teas with real banana flavour.

Thank you Sil for sharing this cup of liquid banana bread. Delicious! I really need to get on that RiverTea order.

hahahahaha i’m glad you liked it :)

Woke up early this morning (technically afternoon) so I was able to sneak not one but two cups of tea in since I started work later than usual anyway. I made this one of them and I’m only just now realizing that I ended up having two banana teas for breakfast…

I’m sad the sample of this in my latest RiverTea was only a cups worth of leaf; I’d have really liked to share this with VariaTEA because I have a sinking feeling she’d have liked it better than I did. That’s not to say I disliked it though; I thought it was exactly like it had been described to me by Sil many times: liquid banana bread. Who doesn’t love banana bread? Crazy people – that’s who.

But that said I kept mentally comparing it to Tea Desire’s Banana Tea Chocolate Cream and it fell short to TD’s blend every time because of the lack of chocolate and the fact I found it less sweet; and if I remember correctly those were things that she didn’t like about BTCC so I think she’d like this better. The oilyness of the tea liquor was still there though. That trait doesn’t personally bug me, but I know it bothers others.

So yeah; liquid banana bread for sure! Just not something I want to stock when I still have BTCC stocked up and so easily available. But this is one of many RiverTea blends I’ve added to list of ones I’ve tried and it was a great, peaceful morning tea so there’s no regrets with requesting it as one of my samples.

Also leaving a link to a song here because it’s what I was listening to this morning and, again, I’m only now realizing how fitting it was: https://www.youtube.com/watch?v=6Graa_Vm5eA&list=PLAB044185EF279688&index=9

I’m pretty well obsessed with this singer right now, and this album in particular. So good.

If variaTEA hasn’t tried this, my order has enough for me to share with her when she picks up the rest of eh tea lupicia stuff.

Everyone makes this sound so good!

Just remind me when you get your teas, once. It’s here you are week come to steal some

GAAH. This tea is amazing. Amazingly banana bread-ish deliciousness. Sil you were right.

I must have more of this. At all times. This will get expensive. But it will be worth it.

Nooooooo. No. NO. I WANT THIS NOW. See what you did?! Okay fine.

I see what you did there. Bananna. Order some! I order 50g though and there’s really only a few cups at most because the pieces are huge and it calls for 3 tsp./cup.

Happy Banana sounds like a song, or a new greeting. I’m using that.

Hey, Kitty – are you a happy banana today?

i did warn everyone courtney…

I ended up leaving work early because no one was at the shop and I didn’t feel like I was being useful AND I had a lot of tea work to do at home, updating my cupboard etc.

This was the first one I made when I walked in the door. It came in the paper container that takes up room so it was an obvious choice for a first sipdown.

Except that it’s herbal. Whoops.

It’s really amazingly tasty though. The banana is perfect. Like Sil said, this is like drinking liquid banana bread, and believe or not, that is a VERY good thing.

I’m so thrilled I was able to try this. I think I’m going to drink the other half later, after it chills in the fridge to see how that tastes!

ETA: It’s good iced as well. I had a few sips, then poured the rest into my daughter’s sip cup.

I’m ALMOST disappointed. Imagine the possibilities if it had been bad iced! We could have called it Sad Banana.

Haha Anna (I may have just typed “Anana”), if this were facebook, I would most definitely have “liked” your comment :P

(Fruity fact of the day: in Swedish, ‘pineapple’ is ‘ananas’.)

It is also ananas in French, isn’t it?

Yeah, English and Spanish are basically the odd ones out:

oooh, I will need to try this

It was hard to save some to share……this is like making banana bread and eating it out of the oven….only it takes 3 mins not 55…

I’m happy you did! I’ll definitely have to grab some for summer!

OH MAN! SOOOOOO GOOOD! Seriously…So when i first pulled this out of the bag i was like hmm..expensive trail mix anyone? It’s a heavy tea AND it’s 3tsp per cup….and there’s giant coconut strips in this…but MAN OH MAN. love it. My other half is making banana bread tonight..and this is like liquid banana bread. I even convinced him to have some and he was like oh hey…that’s really good. It even smells like banana bread baking in the oven… and the coconut? totally not overpowering and likely just adding to the delicious creamy banana taste. I dunno what else to say…this tea? sooo good. I had originally picked this up because i like banana flavoured teas and because i figure i’d try some teas that didn’t have tasting notes to help RiverTea out since i won their contest. I’m SOOOOO happy i did.

This isn’t the same sort of banana from foxy’s roxy’s tea…this is honestly…liquid banana bread. so it’s sweet…and very much banana bread..and so good..and did i mention it’s like drinking banana bread? holy god i love this smell… lol

it’s stupidly good courtney…it’s expensive because it’s a heavy tea..but i am going to love having this as a caffeine free option. guess you could eat the pieces after too haha i’d send you some but uh….there might already be something in the mail on it’s way to you lol

WELL THEN. :P Hah, I’ve been waiting to do a RiverTea order because I wanted to see reviews first. I may actually have enough to place an order soon though.

the pear one is pretty nice too for a fruit tea. I’m finding i like their fruit teas a bunch. Their puerhs are pretty puerh-like so stay away from those if you don’t actually like the earth puerh sort of taste..

Hmmm…This has me thinking…I have previously tasted a banana tea I liked…
hmmm….now what was it? I need to go through my tasting notes.
I love fruity teas and puerhs…

celebritea…i love puerh, but i’m not crazy about the puerh that RiverTea uses. :)

Sweet Helen was awesome; my favourite of the three fruit blends I got. Personally, I really dislike Dynamite of Fruits and I’d recommend staying away from Chocolate Kisses Chili if you dislike spicy teas. The spices in it are not subtle. I’m eyeing up this one (wondering how similar it is to the Banana Chocolate Fruit blend that Tea Desire carries) and Swedish Cocktail (I think that’s what it’s called…).

Thanks Sil…it is amazing to me how different puerhs can be.
While you are supposed to get many re steeps from them,
I am finding that I enjoy the first couple of steeps the best when
I seem to get the most earthy & smoky flavors from some ;-)

keychange I laughed when I saw that ^.

I wonder how this tea compares & contrasts with
Plantain Coconut Raw Green Bush Tea by The Republic of Tea.
That was before I ever thought I could like banana in a tea…lol…