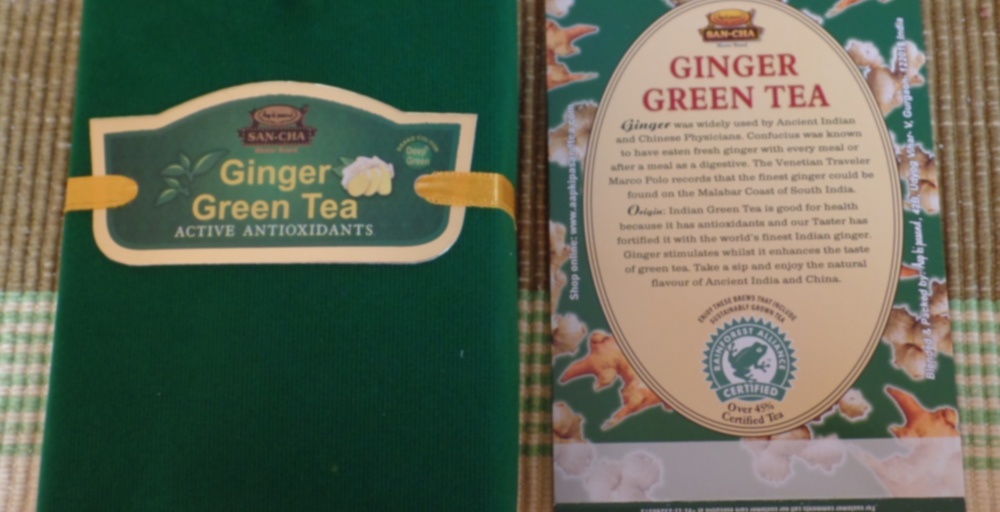 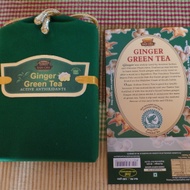 Opening the 7 Indian teas my husband got me in Bangalore one by one, getting now to the ones I might like least. This ginger green tea, according to the package, contains 10-12% dry ginger (powder). “San-Cha´s Taster has fortified the Indian green tea with the world´s finest Indian ginger.”
I´m not such a fan of ginger, as it often completely dominates the taste (I´m not so bothered when it dominates the smell), although I´m rather convinced of its properties to help digestion. I´ve also heard it can help fight colds. So yes, I sometimes drink ginger tea. However, most of the time the ginger tea comes from a tea bag. This must be the first time I drink loose ginger tea. When opening the packet, I couldn´t distinguish the ginger : I see a broken tea with some dust, I smell a green tea. As soon as the tea is steeping, ginger aroma´s start to appear. The presence of ginger in taste is quite secundary, which I can applaud. You can easily drink a second mug or even a third. Absence of bitterness overall.