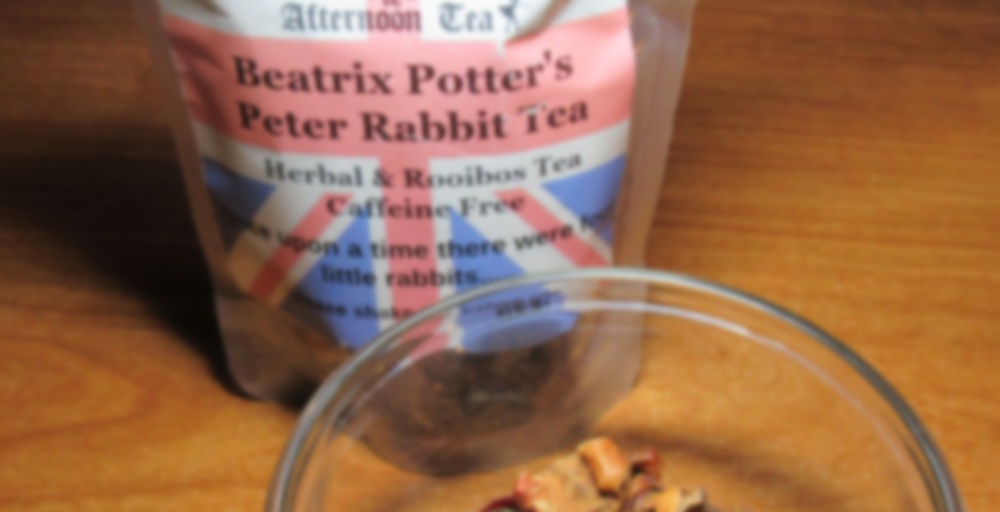 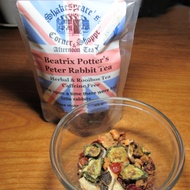 by Shakespeare's Corner Shoppe
79
You

Once upon a time there were four little rabbits…

Straight from the garden, pure goodness in every cup, just like Peter Rabbit would have loved.

By the pot: Warm the pot with hot water then empty. Add two tbsp loose tea per teapot. Fill with boiling water and brew for five minutes.

By the cup: One heaped tsp loose tea per cup.

Autumn Harvest! I got this tea quite some time ago, on a vacation in the fall of 2017 when I was in San Diego for a convention from a place I had High Tea called Shakespeare’s Corner Shoppe. They mostly sold a lot of popular wholesale blends but had a selection of unique blends they made in-house named after popular British characters, and this was one of those blends I picked up, since the odd assortment of ingredients intrigued me. Lots of chunky dried fruits and veggies in this tea — apple, lemon, lime, orange, tomato, and cucumber — on a rooibos and hibiscus petal base. I really have no idea what this should taste like!

The steeped tea, of course, was a dark rooibos red, but the aroma smelled surprisingly creamy, which I wasn’t expecting. It was sweet, which I suppose could be from all the fruit, but I was getting a vanilla sort of aroma, and citrus, making me think of creamsicle, and I could also pick out the cucumber in the aroma.

Woah! This is uniquely savory, sweet, and tangy all at once, it’s a very unique assault on the senses. The base is actually quite rich; it has this slight sweetness to it (there is no indication in the ingredients there is flavoring added, but the rooibos really tastes of vanilla to me!), then fills out with this tangy fruity taste that has that hibi punchy flavor mixed with a lot of orange citrus and very juicy tomato. It sounds strange, but reminds me of those V8 fruit juice/tomato juice combos that I used to quite enjoy. Toward the end of the sip, a citrus note and a stronger cucumber note push forward, and the cucumber actually leaves a somewhat refreshing feeling on the tongue. It’s a really unique tea; I seem to be on a roll for blends that have been offering me some rather new taste experiences lately.