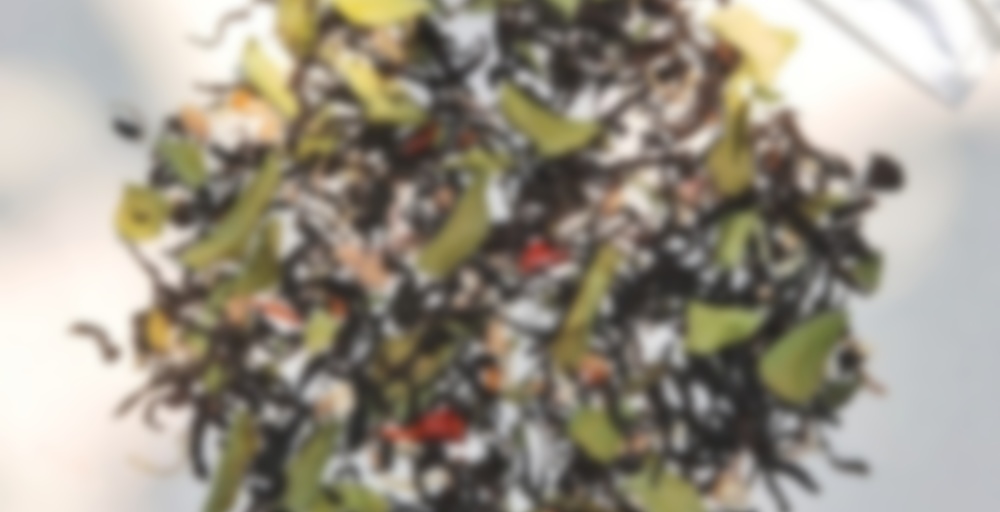 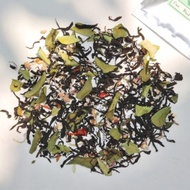 Siam Blend Black, an aromatic Thai tea blend based on a wild black tea collected by the local Lahu tribe in Fang province, reminiscent of Thai cuisine through an added blend of typical Thai food ingredients such as lemongrass, lime leaf, chili and ginger root.

The loose leaf is large and hosts an array of colours, most noticeably the lime leaf. The black tea is also large and thinly rolled into long, squiggly pieces. The blend as a whole has a spicy and rather aromatic scent. Not as strong as I expected nor as Thai food strong.

So 2 teaspoons (since it’s large leaf) of blend into my steeping mug and boiling water added for roughly 3-4 minutes.

The resulting tea liquid is dark brown and in colour and has the most amazing Thai scent I have ever smelled from a tea. It truly does smell like Thai green curry, or another similar dish. It’s spicy with citrus highs and a creamy underlayer, before becoming spicy again. Wondrous indeed!

And here comes the taste test (which I can hardly control my excitement about). ..sip..sip. Holy moly, that has a spicy kick! The chilli burns the throat (well rather tingles than burns) and is quickly neutralised by a touch of cream and citrus (which matches the smell) before becoming spicy again in the after taste. The chilli is definitely the main character. I gave a sip for my husband and he stated “I’ve never had such a spicy cup of tea” and considering I’m on 1291 (including this tea) steeping notes of which I pass onto him to try; it’s saying something about this ‘unique’ blend.