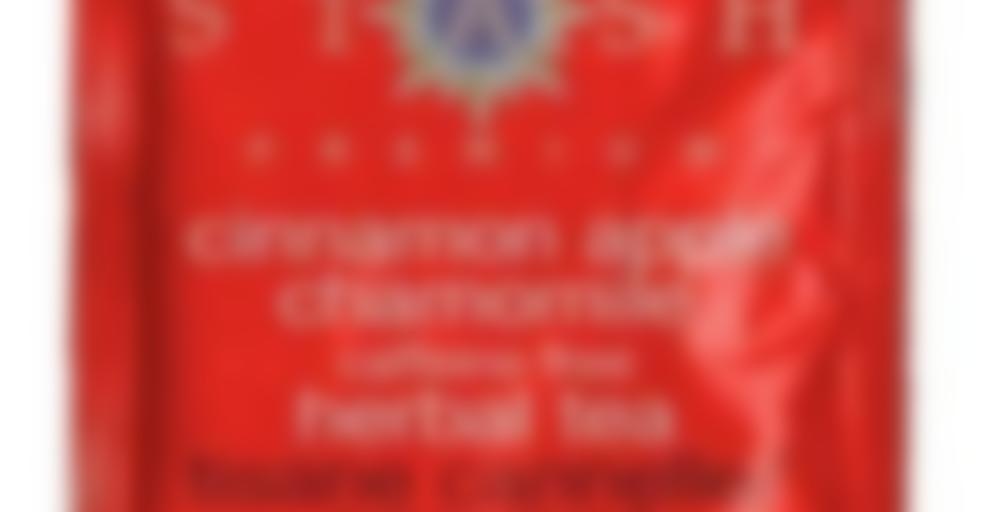 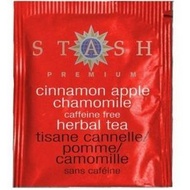 Spicy cinnamon and juicy apple perfectly complement each other in this tempting blend that brings hot apple pie to mind – all the taste with none of the calories! A touch of chamomile adds a soothing touch to this appealing, aromatic tea.

Received this in a swap from someone, I think, and I’m pretty sure they’re not on Steepster.

I was feeling lazy tonight, and I know I like this tea, it’s just not good enough for me to keep around all the time.

It’s mostly apple-y with chamomile (which has a kind of flowery apple flavor anyway) and then the cinnamon is behind that. It’s good and relaxing. Which I needed trying to schedule my classes.

I was in three that I wanted / needed, and one I registered for just so I’d have a fourth class, and it sounded interesting. But then the book list came out and suddenly a class on Baroque-Classical Music with a $200+ book list that didn’t count for any of my majors? No thank you.

But now I’m in Psych, Shakespeare’s Tragedies (those two are back-to-back MWF in the same classroom!), American Drama (with my amazing advisor as my professor – he’s wonderful) and Creative Writing (which I tried to get back during regular scheduling but couldn’t).

So basically I’m free between 11-3 MWF and free after 10 on TuTh, which is great. And the book list is fairly affordable now, which I was kind of panicking over.

And I’m in classes that I like and all of them go towards my majors/minor, and I was accepted into the Education Program, which is also cool.

So not much of a tasting note but mostly I just wanted to share. :)

It’s nice to have a schedule you can groove with. Just went through the book list cardiac failure thing with my son! I think something easy and relaxing was a perfect choice to wind down from that experience.

Books are CRAZY! What sort of classes is your son taking?

Thank you Michelle! I actually really like this one. It’s nice and sweet so I don’t have to add anything. It’s not a spicy cinnamon but a sweet one, which compliments the apple nicely. I can’t really taste chamomile but that’s okay because I think if I could it would be funky. This is nice and smells WONDERFUL!

Dry, this smells like Spiced Apple Rings, which I LOVE. Once it’s brewing, it smells like sweet hot apple cider. But once I tasted it, it tasted like neither. In fact, it didn’t really taste like anything. Very weak. I added a bit of sugar and that brought out the flavors a bit. I needed the chamomile for a cold I’m developing, and thought this would be a good tea for that. It’s ok once you add sweetener to it. Maybe I added too much water to the steep?

The dry leaf aroma smells exactly like warm cinnamon apples! Mmm! The brewed tea aroma is similar but a bit sweeter now that the hibiscus has steeped. The immediate flavor upon sipping is cinnamon and hibiscus. The apple and chamomile are lighter in comparison and appear in the aftertaste. This is delicious!

The tartness of the hibiscus isn’t overpowering, and it actually pairs nicely with the cinnamon and chamomile. I wasn’t expecting much from this tea, but I really like it! It is soothing and yummy. And man, my cup disappeared fast! I’m going to make a mental note to stock up on this when I get pregnant and can only drink caffeine free teas. :)

Personally I don’t like this one very much.I like cinnamon and its sharp sweetness,good cinnamon itself has the attractiveness of sweat apple,while in this one,cinnamon is rather weak I think,chamomile and apple take too much of control.What’s worse,it taste quite sour ,reminding me of apple vinegar . I can’t fully enjoy it without honey,still not so satisfied even with honey T T .
At last,I would always choose the cinnamon apple tea from Celestial ,they made it quite a surprise for me——everything I’ve been looking forward to from cinnamon tea,the sharp、 spicy sweetness and lovely mellow apple taste is so real.

One of my favorite teas! So flavorful you don’t have to add anything at all. I think it’s the perfect balance of apple and cinnamon, and I find the cinnamon doesn’t overpower the flavor like other apple/cinnamon teas I’ve tried! Perfection to me :)

This is my go-to autumn tea. I love it! I am a huge fan of chamomile and the cinnamon, apple and hibiscus compliment it well.

I can’t say I like this one very much, and it’s not even my typical dislike of cinnamon because the cinnamon is actually not too overwhelming in this. I can taste the apple as well as a hint of the chamomile, but the hibiscus adds a strong unnecessary sour note that just ruins the whole thing for me.

Smells like that steeping in the cup too, though I can also pick out some hibiscus smell, mmm. I left the bag in the cup and waited for it to cool down.

I mainly taste hibiscus, with plenty of cinnamon at the end of the sip. It’s a nice combination.

Oops, it cooled down too much. So I added some ice, and mmm, spiced punch. I like it even better chilled.

I get the apple cinnamon flavor well in this one. I love the hibiscus base. I don’t taste the chamomile at all, which is a plus for me! I prefer it really strong, and usually drink it double what they suggest, so I use two teabags to a 12-oz cup (or four in a 500ml teapot).

This is tea 24/50 I bought in a Stash Assortment. A very weak cinnamon tea with almost undetectable fruit in the background.