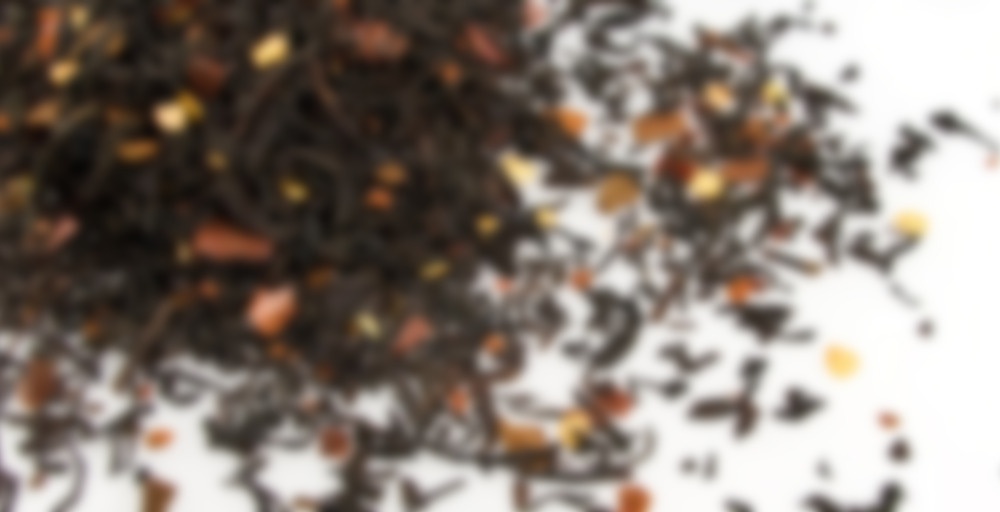 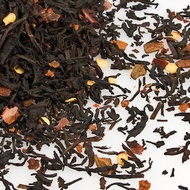 A special spicy black tea blended with chilli flakes that provides an unexpected hot kick. Rich and robust, this stimulating brew heats the mouth from start to finish. Cinnamon adds its delicious aroma and gives complexity to this unique flavour sensation. Shake before serving for a balanced distribution of chilli. Lucious cinnamon tea and hot chilli in one great blend. A winter warmer with a spicy kick. Black tea 69%, cinnamon pieces 15%, chilli crushed 15%, flavour

Serve:
Black, can take a little sugar or honey to temper its fire.

I also found this one at the T2 store. This tea smells like Big Red but not quite at powerful smelling as Harney & Sons Hot Cinnamon spice. The box recommends brewing 2-3 min at 95C. This is actually a pretty good but doesn’t have the punch of the aforemention H&S tea. It does tase of cinnamon and has some low background heat.

Boiling 4 min, 0 sec
Yours I Like This
2 likes
1 comments
Edit

Doesn’t sound like my cuppa tea, but I hope you enjoy it! :)

Yum! Lots of cinnamon, nicely spicy from the chili. Really enjoying tea with a bit of honey today.

Thank you so so much, MissB!!

i have a ton as well

You will be spared this one tea then!

I adore Chilli Kiss! It’s a great when you’re feeling like a black tea but want something a little bit different. The chilli isn’t overpowering and the blending of cinnamon gives it a spicy aroma. I usually add some honey and milk to my brew. It’s also great to make into an iced latte – soy milk and honey!

First tried this instore when it was a half-and-half blend with a chai mix and it was delicious. I was intrigued about how this tasted on its own so I asked for a sample and I’ve come to the conclusion that it seems to be better as a mixer with another blend, or by itself if you add a good dose of milk and honey. Reason being that on its own, I can’t really taste the tea much and so it’s almost kind of chilli and cinnamon water.

Having added the milk and honey, it is still an enjoyable cup but since it’s only okay when I have it straight, I won’t be purchasing this. Will see how this compares to Harney & Sons’ Cinnamon Spice.

What a surprise packet! I adore this tea and it always seems to be the best pick me up! The amount and quality of cinnamon is perfect. It’s not sharp or acrid, but adds the perfect comforting warmth. Enter the chilli…Love this! This is a spicy little number. Not hot enough to make you forget your name, but hot enough to give you a spicy little kiss at the end of each sumptuous mouthful. I often have it with a splash of milk which adds to the depth of the tea. Also if I’m feeling like amping it up even more, I will add this to Organic Chai or with a full scoop of Chocolate tea. Yes, Chilli Kiss is a versatile little number that I can totally recommend. Love!

THIS! THIS TEA! thank you missB this is a great spicy, delicious, yummy tea. Someone equated this to really intense cinnamon hearts but for me, it’s not nearly as sugary as those are. this is KICK without the sweet to back it up. this is smooth and spicy and just the right balance of kerpow! without being “omg get it out of my mouth ‘cause i’m a wuss and can’t drink really spicy things” :)

My local T2 made a pot that had this, chai, and chocolate. It was pretty damn good!

i love this one…may have to try and place an order some day in the future..

I think it also had Toasty Nougat in it? It made for a yummy, yummy mixture – they serve it with sugar and soy milk (usually vanilla).

It’s an expensive order to make (my bad for just seeing this now) – from New Zealand. I have lots more, I’ll send you some!

So there is a viral video going around Facebook, that shows a woman plucking the feathers off a dead bird and supposedly eating it raw ON THE MONTREAL METRO.

Now this all sounds much more shocking than it is. In the video, she does seem to be plucking the feathers of what Im assuming is a duck (she probably bought it in china town). People online are saying it is a dead pigeon, but I mean, come on…Really Everyone is saying she is eating it, but I think she is probably just pulling off some feathers with her teeth. People say that this is shocking.

What I think is shocking is that nobody tries to stop her, or tell her not to do that, or ask her if she is ok or anything. Then people say ‘Well she was scary’. I doubt a 25 year old, tiny asian woman, wearing very little clothes and heels could do anything to, well anyone, really.

I think it is sad that hundreds, if not thousands of people will watch this video and comment about how gross she is and say terrible things, and in the end, this woman who is clearly not all there probably just needs some sort of medical attention…So that s my opinion on the thing that everyone here is talking about today.

So anyway, I am actually drinking tea while I reflect on this and I LOVE this. The combination of spicy and cinnamon is awesome. I added a bit of sugar and I am drinking cinnamon hearts. Im not really gettting chocolate out of this, but it doesnt bother me.

Chilli, tea and cinnamon are three of my favourite things so this tea is perfect for me. It’s a spicy black tea with quite a kick and I think it’s a great winter warmer. I like mine with a dash of milk for a little richness.

Now THIS is some spicy, delicious tea! I love this. So glad I decided to grab it in my mammoth T2 order (because they’re in Australia, and because they only sell 100g via airmail ordering).

It’s smooth and rich, like a melted chocolate vanilla cream (no chocolate flavor though really, it’s more the mouthfeel than anything). I’d ALMOST say a cinnamon heart, however I’m not a fan of those, and this is more chili than cinnamon. It’s definitely got kick – like Kapha from TeaGschwendner kick – so JustJames, I’ll refrain from sending you, or anyone else who doesn’t like hot things any of this. Sil, OMGsrsly however? You’re both getting some. ;)

awesome! I didn’t actually realise they do international orders…i’ll have to keep that in mind for the future

I’ve only seen the T2 teas mentioned a couple of times I’m guessing due to location. Sounds like a treat.

When i worked in the Melbourne CBD i used to go to Max Brenner for their decadant South American Chili Chocolate. I have now found the T2 equivilant in Chilli Kiss ( just add a splash of Choc Soy) Or if you love it straight – perfect as is. This is my number 2 underated T2 Brew. Numbers 1, 3, 4 & 5 being Arctic Fire & Fruit Blush, Spring & Shimmer Punch