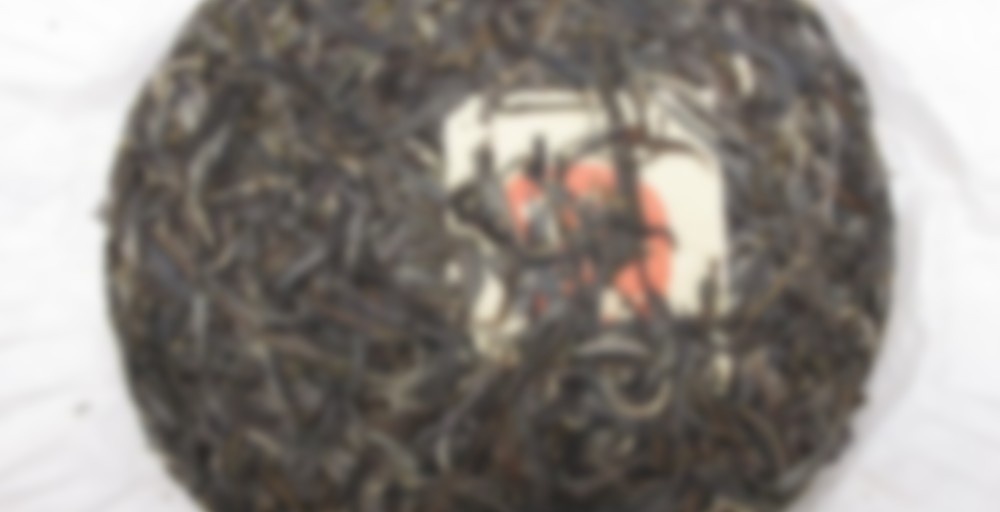 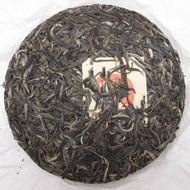 by Tea Urchin
82
You

Luo Shui Dong (落水洞 falling water cave) is a famous tea village in Yiwu, known for its bright, sweet & creamy puer. The farmers here are primarily Han ethnicity, known for their excellent hand-processing technique. We spent 2 weeks in this village, inspecting the trees, and helping to pick & process the leaves. Because it is so delicious & easy to drink when young, this tea is a good entry point for those new to sheng (raw) puer, or those who don’t like bitter or astringent flavors. Read more about Luo Shui Dong on our blog. Buy together with the 2012 Spring Luo Shui Dong for a vertical tasting.

I just finished off the last of my sample of this one – I drank most of it a few months ago. I thought I’d already reviewed on here, so I didn’t take very good tasting notes. Oops.

There was one note which stood out for me in this tea – a fruitiness that was sometimes like apricot, but more often tasted like orange rind to me. The only teas I’ve had which would have a comparable flavor are the puerhs which are actually stuffed into orange rind and brewed along with it. There were other flavors as well, perhaps straw and a slight floral note, but all were second to this intense fruitiness.

This tea was much more about flavor than body or feeling. The taste was wonderful, but I didn’t note any qi, and the body was more juicy than thick, if that makes any sense. A solid tea. Interestingly, I remember this tea being quite fruity the last time I drank it, but I seem to remember more of an apricot sweetness than the distinct orange rind I got from it this time. Perhaps I last drank this before I had tried one of the puerh-stuffed mandarins, so I didn’t have that comparison to make in my head.

Puerh Tea TTB. This ite is really very good. It’s already got a nice dark color to it despite being only from 2011. It had no notes of leather or tobacco. It had very little bitterness. It was nice and sweet. I think I might use the term apricots. It had not lost that young sheng sweetness yet but seemed to be turning the corner as far as aging goes. This was really good sheng. It’s an autumn tea. Not sure if it is sweeter because of that.

Got sent a rather generous sample of this from Tea Urchin, and have been really enjoying drinking it over the last few days.

For some reason my taste radar has gone out the window, i’m tired fighting off an infection..

Anyway this is a lovely sheng. It was recommended to brew for a bit longer, and im glad I read that, so I have been adding seconds on to my steep times and it is really nice. It has an almost cherry/berry-like taste to it (not super-sweet but its there), along with the sheng-leaf green, and a nice aged taste. I am finding I really like 5-10 years aged sheng, and this one I can definitely taste the aging, it adds a nice deeper edge to the steeps. (always seems to make my brain think that the sheng has been varnished)

I have been pushing this one and a really nice slightly camphor sour is coming out – but not too sour. Pleasant all round really.

I havent got as much cream as I would have hoped for, the description says creamy – it has a nice body but isnt crazy thick & leans towards the camphor side of things. There is some in there though, but more hidden than I thought it would be.

You cant buy this anymore, but you can get the younger 2012 one. If I wanted something young but with a slightly sour deeper aged taste, I would reach for this – I have enjoyed drinking it, and am considering a cake of the 2012 – the balance of the flavours is nice to me.

I’ll wait to see what you think of the 2012! I’ve been wanting to try a Sheng pu-erh and if this is good enough, I might go for it.

considering it means ‘putting it in a wishlist’ as im skint :D

If you’ve never tried sheng, ask in the ‘puerh of the day’ thread for some (probably better than mine) suggestions. The white2tea basics https://www.white2tea.com/tea-shop/basics-puer-tea-sample-set/ has free shipping for $39.99 and four different cakes from the same village to experience how the flavour can change of the same leaf

I guess I’ll have to give this a try when I get paid again! Thank you for the suggestion. :)

this one is defo worth a try – it has the sour notes and slightly aged taste of a nice sheng without either of them being too much. and nice that you can slightly oversteep it without it being too bitter

I need some “cosmic” sheng to cheer me up!

Took my bird to the vet this afternoon. She has a tumor on her tummy :( Anyway, it is growing, and there is nothing they can do for her. Luckily for now she is maintaining her weight (which means she is feeling well enough to eat properly.) She’s getting to be an older birdie, so I am trying to take solace in the fact that up until this point she has had a very pleasant life, and trying to wrap my head around the fact that sometime in the not too distant future I will have to deal with her slow (hopefully not painful) death and all I can do is comfort her as best as I can!

Sorry to be a downer…ANYWAY, I got new birthday present TeaUrchin sheng samples! YAY! So far everything I’ve tried from TeaUrchin has been top notch. This one is pleasant. I think there is something extra special about Autumn harvests, as much as I have raved about a few first flush green teas in the past, heh. My vocabulary for describing sheng flavors is still in its infancy, but this one is rich and somewhat herbal/floral tasting. It has a nice balanced pleasant bitterness/astringency. When I inhale as I am sipping I feel the camphor-like vapors seem to permeate my entire being. Good sheng. Sheng good.

Sorry to hear about your bird :(
What kind?
I used to have a lot of birds, but now I only have the ones that frequent my garden :)

I’m so sorry to hear about your birdie. Pets are such an important part of our lives.

She is a Pacific Parrotlet, and she likes head scratches http://twitpic.com/d3dr7p What kinds did you have, Terri?

Aww. Sorry to hear that. I had a pet rat that got a tumor once and we ended up putting her to sleep.

I’m so sorry to hear about your bird. She’s such a little cutie too.

Sorry to hear about your bird :(

So sorry …she looks beautiful.

Awww, she’s beautiful!!
I had parakeets, a pair of love birds, a cockatiel, & I raised canaries for a number of years. I love birds, & have successfully raised & released several wild baby birds, my favorite one being a sparrow I named Captain Jack :D