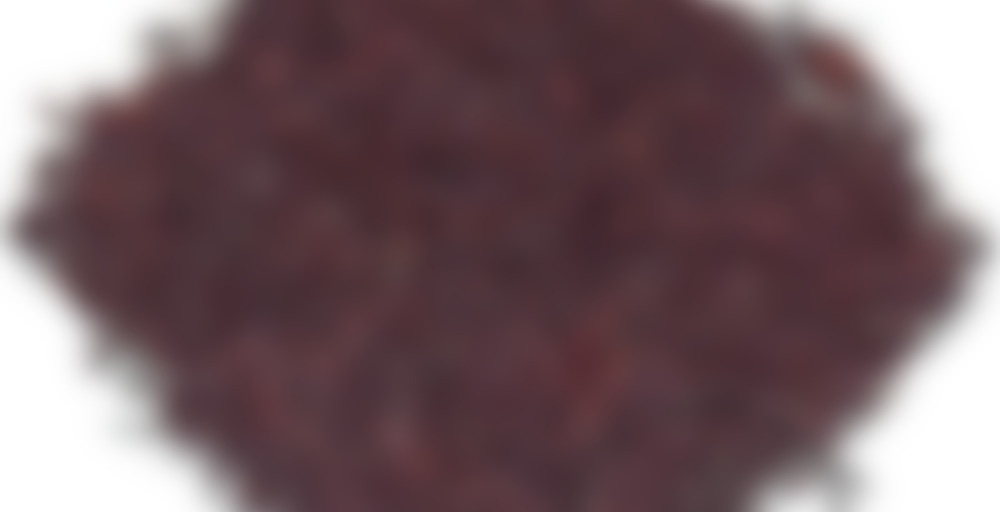 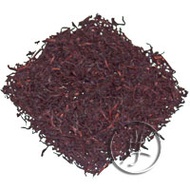 Take yourself back to the days of stealing chocolate chips while your Mom was baking cookies. The chocolate chips sprinkled throughout this tea combine with the creamy character to make it a delightful trip down memory lane.

The last of my sample of this one. So warm and comforting! It’s got a nice level of chocolate and great balance with the tea flavor. With cream and sugar, it’s like drinking an improved cup of hot chocolate – not as rich and filling as the real thing but just as satisfying for me.

I’ll just have to get some more.

Tea that’s like improved hot chocolate? Yup, have got to get me some of that!!

Regular hot chocolate is great when you want something rich and filling – this is light but still chocolatey and creamy. I hope you enjoy it!

Loving this tea and I am about out and need to re-order ….this tea is creamy and chocolatey and can’t get better than this and one of my favorite chocolate teas…

Just got this in the mail from Mike! Woot! :)

Now here’s the sweetest tasting chocolate flavored tea I have tried so far. Some others have been dark chocolate or fake chocolate or cocoa chips or carob or semi sweet but this is SWEET. I like it! It’s lighter in color than I thought it would be but that’s ok with me. The creaminess does seem to make it sweeter and BRIGHT tasting. This is good and different than I was expecting. I would certainly drinking this again!

Another attempt to clean out some samples from my cupboard. I have less than a cup’s worth of leaf after this cup, but I already have ideas for that. This tea seems toastier than I remember every time I have it. Today the aroma of the brewed tea smells almost exactly like chocolate chips that have been slightly burned onto the cookie sheet. Or maybe even a caramelized sugar aroma, like a chocolate creme brulee. I can also smell the sweet cream in the background, adding to the creme brulee illusion.

For whatever reason this is probably the best cup of this sample I’ve had so far. The aftertaste is chocolatey, creamy, with that touch of caramelized sugar that really adds to the depth of it. It’s still a touch bitter at the base, though, and I wish the main part of the sip had a richer mouthfeel. Still, it’s a pretty decent chocolate tea, especially if you like them to air on the roasty toasty side of things.

So early and so far already a long day…Opened up my tea basket when I got in the office and sifted through to see what I would enjoy. These samples still need to be had, so TeaFrog was a given, but I felt like chocolate so it sounded good.

The leaves are dark and curly, with some larger splinters, presumably cocoa and chocolate chips! Brewed up a pot of this, three minutes, hot, no additives. The liquor is a dark red color.

Once again, Tea Frog came through, they know just the right balance between actual chocolate and cocoa to make a slightly sweetened, smooth, creamy tea that is not to harsh in flavor or bitterness.

WOOHOO!!! Chocolate for breakfast! Isn’t it wonderful being an adult and being able to do that? :)

Another of my TeaFrog samples from a previous Steepster Select.

I’ve been running around all day: kids swimming lessons, my workout, my haircut, younger kid’s friend’s birthday party, and finally got home. I’m really tired, but somehow it seems a little pathetic to go to bed at 7 p.m. So I thought I’d try some black tea to wake me up a little.

In the sample bag, the tea smells delicious. It’s a sweet chocolate smell, a milky chocolate. I was thinking chocolate liqueur, and then I realized it’s pretty similar to the smell of chocolate syrup. I can see chocolate chips in among the dark brown leaves.

After it steeps, the aroma becomes less sweet and less intense, and takes on more of a chocolate baked goods quality. The liquor is lighter in color than I’d expected. It’s a sort of bronze color.

Yum. Tastes like…. chocolate! It’s very chocolatey. More chocolate than tea, by a lot. It’s interesting because it’s like drinking a grown up version of hot chocolate, by which I mean hot chocolate stripped down to its essence. No milkiness, no creaminess, no frothiness, no chewiness, but a lot of the same essential comfort flavor of warm chocolate without all of these. It’s kind of surprising.

As for the cream, I don’t taste it independently, but I understand it. It’s the difference between a baking chocolate flavor, and a sweetened chocolate flavor. It’s as though the chocolate here has been sweetened with lactose, though I can’t taste a cream flavor. The tea itself shows up more in the aftertaste than elsewhere; it has a sweet, mild flavor that goes well with the chocolate.

Most of the chocolate teas I’ve had have other flavors in them as well. This may be the first solo chocolate I’ve had, and it will be a good benchmark as it seems to be a solid, standard sweet chocolate flavored tea.

Eventhough I’m not much for chocolate, I don’t hate this. :) It’s tasty. Nothing offensive or artificial about this at all. Very soft and soothing.

I need to try this again. When I made it I could not get the chocolate flavor……

There’s definitely chocolate and a light cream flavor here. I’m going to leave off the score today because I had this at work where I didn’t have cream and sugar. It wanted cream and sugar, at least to my tastebuds. So I don’t want to do it wrong by not scoring it that way. But I have a feeling it will be lovely with the two of them.

I have the most horrible craving for chocolate EVER. And of course, there is no chocolate at my house (actually there isn’t really any food at my house, have to go grocery shopping tomorrow…) Anyways, I am so glad that I picked this out of the TTB 1.2!

I have read wonderful reviews about this particular tea so I’ve been interested to try it myself. The scent in the bag is SO good – rich, chocolate with a smoothness that I believe can be attributed to the cream. I had several chocolate chips in my portion so I couldn’t resist trying one and it was VERY sweet. My expectations for this tea are now rising exponentially.

The tea brews up to a medium golden-red color and is still strongly scented with chocolate and cream. My initial reaction to this tea would be to add milk or cream (but, of course, I don’t have any…grocery shopping) so I’m hoping this tea can stand on its own. Initially, the taste is primarily of the black tea followed by the smooth chocolate. I wouldn’t say that there is too much chocolate, but it seems to be just the right amount. There is a slight natural sweetness that I think would be greatly enhanced with the addition of a small amount of sugar. (Be right back…)

Yes, that did it! The addition of sugar took the slightly bitter edge off the black tea base while simultaneously boosting the chocolate factor. It doesn’t taste like I added sugar, but like I drizzled in a bit of rich, chocolate syrup. This tea is surprisingly good without milk or creamer which makes me believe that it would be AMAZING with milk or creamer.

Another great, delicious tea by TeaFrog…going on my shopping list!

Me too! But not even my mayan chocolate chai worked… but I think it was because it’s so blasted hot in here and I don’t like chocolate teas cold.

This is a very tasty tea. Not your typical chocolate and cream blends. The flavors are very well balanced. It is very smooth, creamy, and chocolatey. None of the flavors are overwhelming, basically I feel like the chocolate and cream have bonded into one ingredient. It is weird, but in a good way. We should call this Chococreme Tea. I really can’t put this one in words. You just have to try but what I can tell you is that it is VERY GOOD!