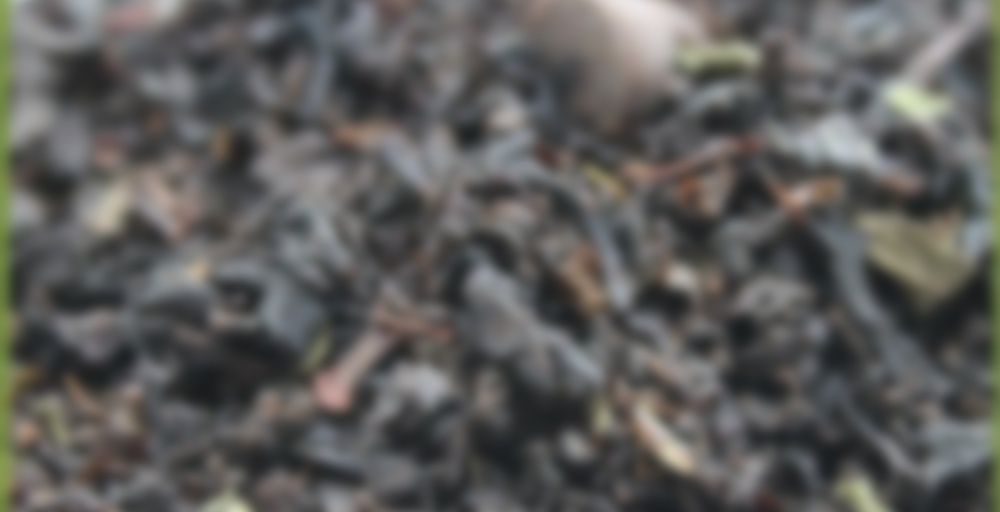 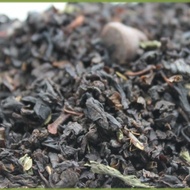 SMELLS LIKE PERFECTION… in the bag. Once I steeped it, it sort of smelled flowery and bergamot-like? Unfortunate, as I hate bergamot! The first sip was nice, but as it cooled I couldn’t finish it. (I’m a slow drinker.) Maybe I just got a bad scoop, or maybe my cold is ruining my tasting sense. Will try again later, hopefully it will taste more like chocolate. Or mint.

EDIT TO ADD: On my second go it was much better—it tasted like tea, not flowers! Still not as chocolatey or minty as I was hoping, but much more pleasant than bergamot. Bleh.

Thank you TheTeaFairy for this sample. This poor sample got roughed up a little, I took it with me to work one day but never took it out of my bag. For weeks! It just hung out there, at the bottom of my not too small bag. Ladies, you know what this ziploc looks like after several weeks, dontcha? What lies at the bottoms of your bags?

And since I mistreated it, it mistreated me. 3 tsp for 16 oz of off boiling water, 4 minutes as the tea fairy says. I added sugar. It is quite bitter, possibly overleafed I thought to myself. Maybe overstepped? So I added some creamer. Then lots of creamer. Still bitter. What the? I poured another half a cup of water over it. And some coconut milk. So now I have the kitchen sink in here. And it’s drinkable but it’s only because I’m sad of wasting all the stuff on it or I might have dumped it!

Holy jumpin, I’ve only had a couple of Sri Lankan teas in the past that I considered or ended up flushing. Not sure where this tea originates, I looked at the Tealux site and they’re tight lipped. Also, looks like CTC. I should have steeped less.

In any event, I’m determined to drink this abomination :) cheers!

Oh, I know all too well what that Ziploc looks like. I’ve put tea packets in my lunchbag for work, then completely forgotten they were there. Whoooooops…