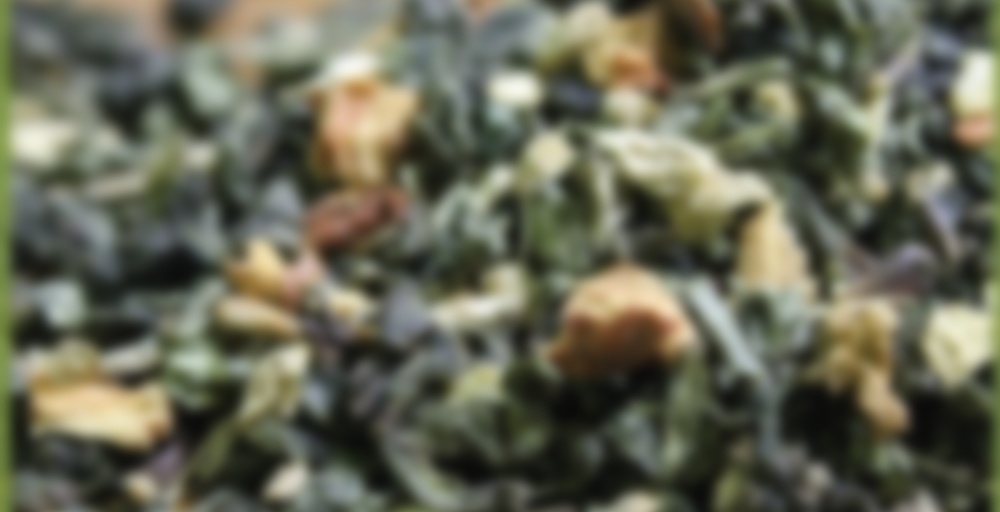 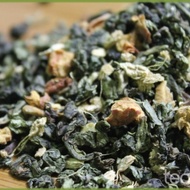 This is today’s newly opened tea. I don’t drink a lot of oolongs, but this one sounded too good to pass up! I used 1 tsp of leaf, and gave it 2.5 minutes in water cooled to around 190 degrees. The resulting liquor is pale yellow-brown, and smells mostly of oolong (i.e. a little like wet rock, perhaps a touch vegetal).

The real surprise with this one is the flavour. I was expecting quite a strong oolong flavour at least, but actually the flavouring is very prominent. The initial sip is all about the apple – crisp, fresh, with just a touch of floury floral somewhere in the background. Summer apple, shall I say. I have a feeling the oolong base might be assisting with the flavour here, and that pleases me immensely. It’s so good! The mid-sip is somehow deliciously creamy, and reminds me of a Butiki tea (although I can’t put my finger on exactly which one at the moment…Traditional Plum Pudding, maybe?). The end of the sip brings out the spiciness – ginger, cinnamon, maybe a little nutmeg. It’s a nutty, warming flavour and really complements the apple.

By the end of the sip, this one really is putting me in mind of mulled cider. The apple and spice notes are just right; crisp and warming at the same time – a real comfort tea! The only thing that’s a little jarring is the creaminess, but I like what it adds so much that I don’t have the heart to complain about it. It doesn’t fit with the cider aspect, but it’s certainly smooth and delicious. I’m wondering whether the creaminess is a by product of the oolong base, rather than an added flavour in itself? Either way, it’s delicious!

I’m surprised no-one else has got to this one before me. It’s a great autumn/spring dessert tea, great for those who are a little leery of oolong as a gentle introduction.