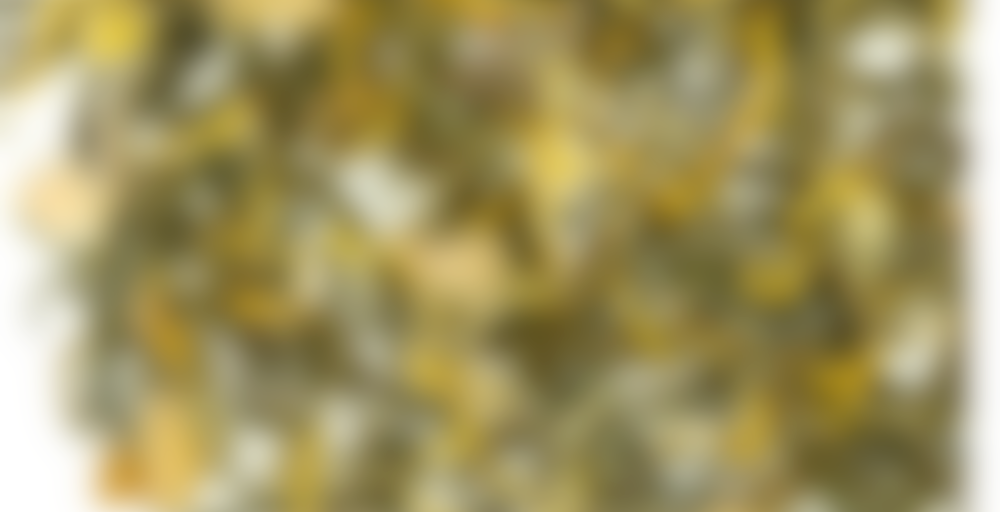 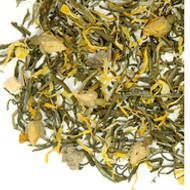 White Pear is the perfect combination of White Tea, white rose buds, marigold flower blossoms, apple and pear bits. This delicate tea has all the great health benefits of white tea with the refreshing flavour of pear.

Tried, can’t really recall flavours, but have enough for another cup. Ugh, I suck at this, haha. Anyhow, thanks Indigobloom!

While this wasn’t a bad tea per say, it really doesn’t taste like pear. Just sort of a bland white tea, something I can drink, but not something that really gives me any pleasure.

Cold brewed as usual. This was pretty underwhelming. It tastes like pear but I am mostly getting an astringent grassy taste. Too bad, because I find pears very refreshing for the summer.
As much as I don’t like to, I might have to add sweetener to this.

I SO wanted to like white tea. It’s light, refreshing, delicate—yes please! But why oh why must there be grassiness. Curse you grassiness!!! You are the BANE of my tea-loving existence. I do not understand how people can appreciate you. I once ATE grass, and did not enjoy it at the least (hush, I was a child, I was curious) and so why there are many who enjoy a hot steaming cup of grass I will perhaps wonder over forever. (I once entertained the idea that “green” tea was so labeled in order to warn those who know the truth about grassiness to stay away)
I would like to share the following that Erin posted while describing Adagio’s White Pear: “like latex and corn syrup stewed in a mug with some asparagus.” YES. YES YES YES. WHY.
Also, although this smells deliciously of promises of peary goodness, there is no “pear flavour,” Teaopia. I could not find it.

Perhaps that is why I like green teas. I constantly ate grass as a child (pretending I was a pony XD ) and liked it.

hee hee! That must be it! XD

Oh no, was this your first experience with a white? Don’t give up! Please don’t let this turn you off of whites; there are much better ones out there. In fact, the only white I’ve ever hated was Adagio’s White Pear. It just must not be a good flavor combo. Try their White Blueberry, it is my absolute favorite flavored white. Again, don’t give up!!!

And thanks for quoting me!

Haha yay I’m glad you aren’t creeped out. Thanks for the encouragement!! I won’t give up yet :)

Disappointing. I’ve had far too many misses at teaopia lately. It makes me wonder if their grade of tea is sub-par, or if DT’s just uses extra premium. Either way, I am falling out of love with this tea establishment, tea by tea.
The tea itself was not bad, but again, not great. I get the sense that a similar tea from DT would go a step beyond to actually impress me.
One thing I do appreciate is that they use a Tea Master, so I’m not left housing the bag in my cup until I either finish it or find a convenient time/place to dispose.
Anyhow, I digress… the tea! I could taste the white, it was definitely not a premium white. I found it scratchy and a little grassy. I think the rose is what made me itch. Am I the only one that ever gets that sensation from teas?? bah…
The pear was hiding behind the tea, peeking out every now and then but not really making itself known. I wish it had come out to play more- and this, despite the add of some rock sugar!
Even still, there was something mildly pleasant about this tea. I enjoyed it much more than the Mango white they have. There was some depth as well, which I think rounded it out some. Overall, the Strawberry white at DT’s is the one to beat. I almost wish I’d found that one later on so that these wouldn’t fall so short! Standing apart from it though, this one is pretty decent. Maybe my earlier statement of “disappointing” was a little harsh.

Something didn’t work with this one. It smells fantastic. The smell of the wet leaves was amazing. The tea itself was really bitter to me though. Didn’t keep my cup full of this one.

This gets better every time I drink it. What’s going on? Why does this happen to me with discontinued teas?

I remember really liking this one, so much that I’ve been saving the remaining sample I have for a special-ish occasion.

I’m going to try it iced this weekend I think. I’ll pretend I’m celebrating the 100th Anniversary of the Stampede without actually attending the event. Seems special to me.

Please help me they took my teaopia away and put in a teavana and they no longer carry this tea that I LOVE so much. Where can I find more of this tea ???

This is the first white tea I’ve tried, purchased both because I liked the pear-smell and because it was 75% off. As far as taste goes, the pear is subtle and seems to be easily overwhelmed. I think my water temperature might’ve been a little too high, as there is a slightly bitter finish.

Prepared as usual with a splash of milk and some sugar.

I had a craving for some tea late in the day so I dug out the white tea sampler I got for super cheap from Teaopia when it was being taken over.

I have to agree with other reviewers’ assessments that the flavour of the tea is too grassy and astringent even with relatively cautious steeping parameters. The pear flavour is also rather lacking, though I noticed it a bit more when the tea cooled off a little bit. Just as well I didn’t buy a whole bunch of this blend, I suspect.