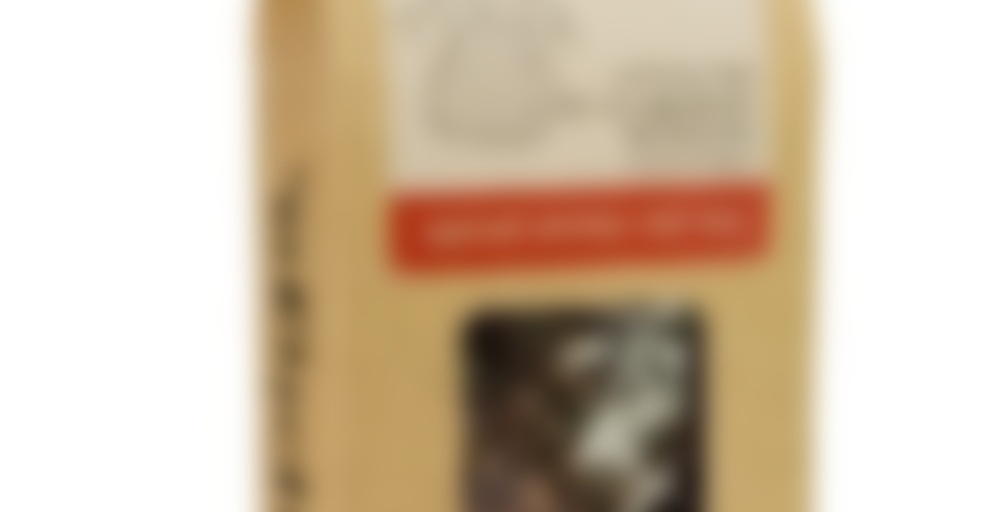 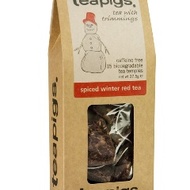 We’ve captured the best bits of winter in a cup. Mulled wine and mistletoe. Winter coats and rosy cheeks. Log fires, happy cats and old movies on the telly. Tea and warming spices. A blend of orange peel, cinnamon and cloves on a rooibos tea base – perfect on a crisp frosty day or with brandy at bedtime (drink responsibly!).

I cleared this off my shelf just before Christmas only to receive more for Christmas. Luckily it’s only a small pack of around 6 teabags.

The snow stopped last night but the ground is covered with a few inches of pure ice so work phoned to say I don’t need to come in today. Just as well because I know I would fall over like a penguin.

If you have snow where you are and you need to venture out then I wish you all safety and protection. The snow is beautiful but dangerous. Have a good day everyone.

One of my leaving presents from my last job was a box of Teapigs, and I’ve just got around to starting them now. The first one I chose was Spiced Winter — it’s seasonally appropriate, after all. It’s one I pretty much always enjoy, too. The red base is slightly woody, but the orange, cinnamon, and clove spicing more or less covers most of that up. The flavours work together in any case, so it’s actually a pretty successful rooibos to my tastes. It’s probably not one I’d look to keep around other than at Christmas, but it’s a nice caffeine free Christmas tea, and beautifully spiced to boot. An enduring Teapigs winter favourite!

I enjoyed this more then I thought I would, although probably not enough to repurchase. The rooibos base is a bit more woody then I was expecting, but it blended well with the cinnamon, clove, and orange spicing. It is a bit sweeter then I was expecting, although not necessarily in a bad way. Overall it was a good, enjoyable cup -and it definitely reminded me of winter. I think I might experiment with this one a little bit, I have a feeling that it would taste really good with some of my creamed cinnamon honey from David’s Tea.

Boiling 3 min, 0 sec
Yours I Like This
5 likes
9 comments
Edit

It is! I definitely recommend trying it if you get a chance :)

I can’t afford ordering anything at the moment – jobless, too mentally and physically unwell at the moment to find work, and broke. :P But as soon as I get myself better and get income again, you better believe I’ll be ordering up some. :)

I can send some to you if you want? :) I have a nice little sample size of this one and a few of their other teas that I wouldn’t mind sending your way. PM me if you want the samples :)

Aww, that would be absolutely wonderful! I’ll send you a PM :) Thank you so, so much!

It won’t seem to let me send you a PM – I think we both need to be following eachother. :)

Oops! There, you should be able to now :)

Wonderful! You’re such a doll :) Thanks again!

I was worried about this one when I smelled it thinking it was going to be all spicy and nothing else but it’s not too shabby! Yes, there are spices present…but…There is a smoothness and sweetness that punch thru that make it really nice. The aftertaste is almost wine-like. Glad I got to try this!

I’ve been wanting to try this brand. Where did you find it? Aren’t they only in England? Thanks :)

The spices here are quite mild. The main flavor is the rooibos. The rooibos itself isn’t the best, but it’s easy to drink. I hoped for bolder flavors with a name like this, but it was much too muted.

It’s always strange to me when I see a tasting note from like eight years ago on a tea made by a company of which I’ve only just heard. I had no idea teapigs had even been around that long. New to their blends, I ordered their 2020 advent calendar thing so I could give them a try. This was day 1.

Spiced winter is quite nice. Ingredient-wise, it’s nearly identical to RoT’s “chai” (spoiler alert: not chai), which I recently tasted—except this this has a red rooibos base, unlike RoT’s base of black tea. It turns out I like this better. But I adore red rooibos and could drink it plain all day, so it was all but guaranteed that I would like this blend. I’m just glad teapigs didn’t call it chai. =P

Again, though, my complaint is that the flavour is too weak. I’m beginning to think this may just be a consequence of buying bagged tea, but I could swear I’ve drunk bagged tea before that was both bold and flavourful.

I generally like to prepare my first cup of a new blend plain and the second cup with some form of non-dairy creamer and non-sugar sweetener. Sadly, teapigs saw fit to include only one tea bag (sorry, “tea temple”) in their advent calendar thing, so I took just a couple of sips of plain tea before adding oat milk and stevia. I feel like I liked it better sweetened and with milk, but I’m not super certain.

I’ve been hearing a lot of hype about teapigs lately so I was super excited to find this while wandering the Holiday Fair at Grand Central earlier this week. I’ve had it a few times since and it hasn’t been exactly what I’ve hoped for yet, but it is growing on me a little.

I love the rooibos base, I think that does wonders for the tea and helps give it a more Christmasy feel. But it’s very straight forward – I can taste cinnamon and cloves but that’s it.

Not my favorite. Spices are a little dank and earthy for me. Would not buy again.

Not as rank as it smells. Actually quite nice and mellow with milk added. I even submerged it in warm goat’s milk and had a delicious – if rather mental – bedtime drink of warm, spicy goat’s milk. Mmmm.

This could best be described as mulled redbush, really. Most of the flavour is of citrus and sweetish spices, and not that much of the taste of the redbush comes through. I usually add honey to this, as I often do to redbush.

My main complaint is, that like most pyramid teabags, it’s overpriced for the amount of tea you get.