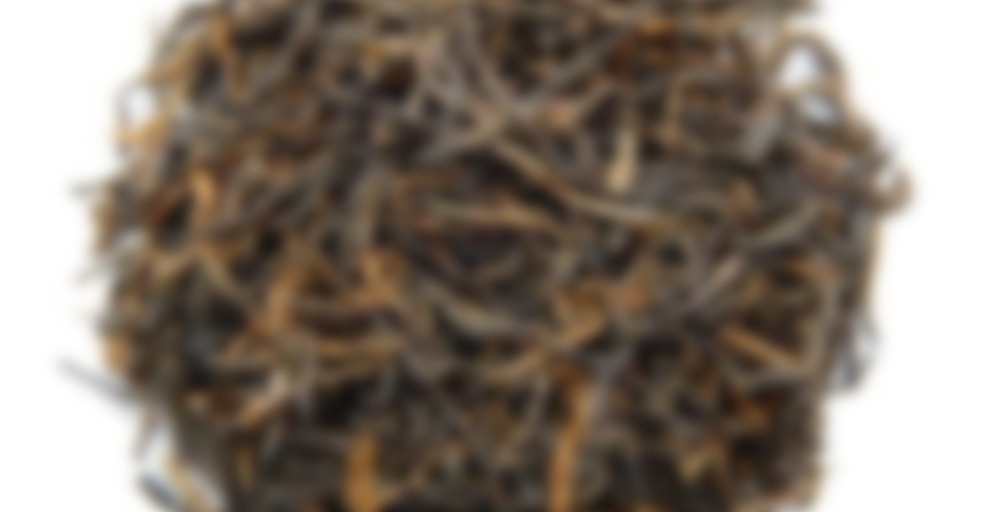 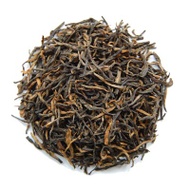 The first record found on Yi Hong tea was around 1850s, written during the Qing Dynasty. This tea was a major export for China back then, to England first, then to Americas, Russia and other European countries. Between 1886 and 1888, the highest output of 15000 tonnes were recorded. This was around 7% of the whole China tea export at that time. The name “Yi Hong” was given because this tea had to pass through Yi Chang County before reaching Han Kou Port for export. “Jin Ping A” refers to the grade, and this is the highest grade for Yi Hong tea. Only carefully chosen one-bud-one-leaf tea leaves from early spring harvest are used in its processing.
Other names:
Yi Hong Congou Jing Pin A, Yi Hong Gongfu Jing Pin A, Yi Chang Hong Cha

Taste:
Yi Hong’s dried leaves give off a sweet aroma remiscent of Chinese Red Dates, and this is carried well into the taste and aroma of the tea. It also has a strong and lasting aftertaste.

Another from my recent ‘Explore China’ TeaSpring order, and it’s from the Hu Bei province, which is in mid-China, just west of Anhui, which is where Keemun comes from.

This one is another one that comes with a LOT of expectations from me. Auggy has had this one and she was very impressed indeed, so that really raises the bar for me as well. Auggy hasn’t been around much in a while, so many of you might not be aware of this, and many who were might have forgotten, but the thing is that when it comes to black Chinese tea, we have discovered ourselves to be taste twins. Or as close to it as it’s possible to get. We like so many of the same ones, and we tend to appreciate pretty much the same qualities in them. So when Auggy gives this stuff 98 points? It seems that it must be almost impossibly good.

The aroma of the leaves were a good start. They were very chocolate-y and had some fruity, raisin-y undertones to them. Perhaps a little leather-y too. Mostly chocolate-y though.

After brewing it seems to be the other way around, with the fruity, raisin-y note in the foreground and the chocolate-y one somewhat in the background.

The flavour, however, is all chocolate-y and raisin-y again. I think it’s about half and half of the two, but the raisin-y bit is simply the one I notice first of the two. On top of it all there is a thin layer of something vaguely floral.

It’s a smooth cup this, and I suspect that the chocolate aspect with start standing out more against the raisin-y note as it continues to cool down.

Yes, Auggy… I can see what you mean.

Don’t you just love that feeling of validation when this sort of stuff happens. I went all nuts when the husband suggested a fruity note was peach-y and it was the same thought that I’d just written about on Steepster.

I know! There’s always a level of “am I getting this or am I insane?” so it’s good to have that confirmation that it’s not insanity! (Or if it is, it is shared insanity!)

I’ve discovered that I need to do some backlogging of my TeaSpring teas from my order a few months ago. Whoops! Sadly though, I only ordered a very small amount of most of the teas – 25g – which seemed like a good idea at the time, but obviously wasn’t.

Because this is so good. The dry leaves smell like cocoa. And the tea juice? It tastes like cocoa! It’s so smooth and sweet and cocoa-y with a little woodsy aftertaste. It’s fantastic! Slurping brings out fresh bread and maybe a hint of a light preserves – a bit like pineapple preserves in that it is fairly mild on the actual fruit-tasting front. But yeah, this is so tasty, it makes me want to get up and do a little dance.

Well, except for the fact that it is gone. That is not dance-worthy. And it went so fast, too! But this tea pretty much guarantees I’ll be placing another TeaSpring order before too long. And ordering much larger sizes.

Aha, I ordered this one too!

Hopefully our tea-tastes haven’t diverged and you enjoy this one! My little 25g went SO fast. Must buy this in a large size!