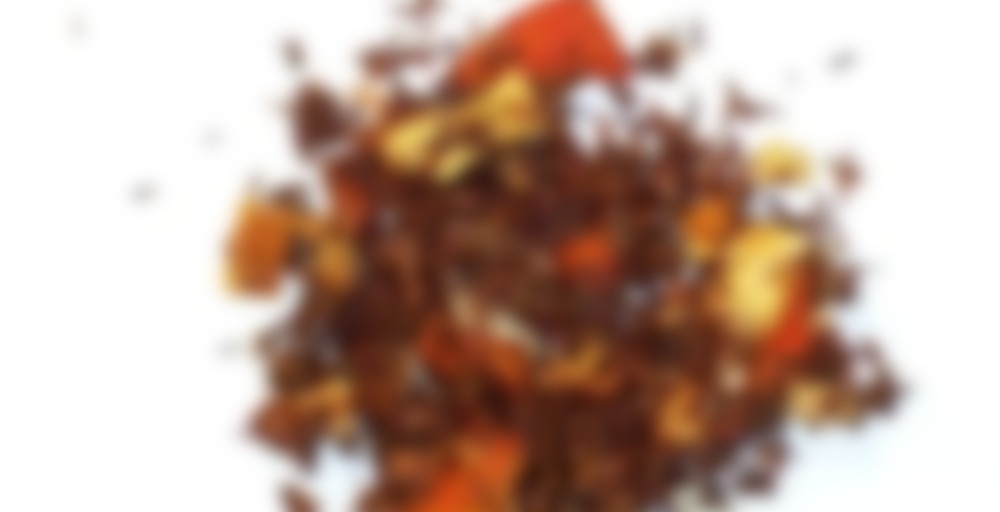 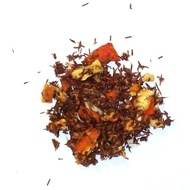 Enjoy hints of this perennial favorite as you sip this healthful blend of organic rooibos, real carrot, cinnamon, and walnuts. Our most popular dessert tea. Naturally caffeine free!

I haven’t tasted this in a long time, and I’m a little surprised that I still think pretty much exactly what I thought about it the first time I had it. I’m sometimes bemused by that sort of accuracy because I wonder whether it means my palate hasn’t developed over the past few months?

To sum up, it’s better than any of the other Necessiteas rooibos blends I’ve tried (including the Rootbeer Float, which has a lot of fans) as well as some others, but not as good as the Teavana Rooibos Tropica or the SpecialTeas Rooibos Lemon Chiffon. The rooibos is mostly concealed, but not quite enough for my taste to be up there with the other two. Still, it smells unbelievably just like the real thing, and the taste is more than halfway to the real thing which seems something of a feat to me in and of itself.

It’s something I only see myself making an occasional cup of, but there are times when I need a caffeine free alternative that I can see it hitting the spot.

The flavours do sound inventive and yummy, but I’m not a rooibos fan so that’s a sticking point for me, I guess.

Maybe it tasting the same just means there aren’t a lot of nuances in this tea for your developing palate to pick up on?

I thought that it was about time I wrote a note about this tea. Even though it has quite a bit of spice in it, the appeal of it tasting like cake convinced me to drink it. I made it with a splash of milk and it’s quite tasty. The first thing I taste is carrot – not real carrot flavor, but something like a sweet vegetable. Actually, the more I sip, the more carrot I get. It fades into the spices next, turning the cup into something a little bit like spice cake. The milk is strong enough to cloud up the heavy spices, but they’re still present and warming. The finish is creamy (due to the milk, I think). It leaves your mouth feeling like you’ve eaten a piece of carrot cake, even though the flavor isn’t explicitly carrot cake. I don’t think that I would like this tea as much if I hadn’t added any milk. It’s strange because I prefer rooibos without any additions, but it seems so appropriate here. This is a very nice dessert tea and really hits the spot tonight!

Can’t wait to try this one!

Received this one in round 1 secret pumpkin swap from RogersCK.

I was a bit skeptical but this one is pretty decent. There is a rooibos taste, but there is also a kind of carrot cake type taste. I would not say there is much cake flavour in this. But I do get hints of cinnamon and nuts. I would have guessed almonds until I read the description and it said walnuts. I am getting the slightest sweet tart taste that you get in real good homemade cream cheese icing. There is a bit of a carrot taste, maybe. There is something I can’t quite put my finger on. I think if I would have tried this without knowing the name of the tea, I would have called it coffee cake, or greek shortbread.

To quote my dear husband, “Huh, that tastes exactly like carrot cake”. Honestly, NecessiTEAS has perfectly captured the deliciousness of carrot cake in this beautiful tea. The spices are right on, and with a bit of almond milk I can actually taste the cream cheese frosting. I highly recommend this tea to anyone who enjoys dessert teas the way that I unabashedly do. SO good!

The owner told me this is amazing, I am going to have to try it! Who doesn’t love carrot cake?

She was speaking the truth! I’m so happy to have an entire tin of this yummy tea :)

Um…YUM!!! Thank you Doulton for a wonderful sample. I brewed this with some sugar, half & half, honey, and vanilla bean paste in a big mug. I am not into brewing teas flavored as such naked. The spice in it blends so well with the kiss of carrot and alittle nut. The rooibos is great in this, too.

I have been gluten free for awhile, and this is a great way to please my gluten cravings. Not a everyday tea for me, like I couldn’t eat a piece of carrot cake everyday!

I like this with french vanilla creamer or a tblsp of sweetened condensed milk. A FAVE of mine.

Carrot Cake is a sumptuous and spicy dessert tea. It’s got a thickly pleasing cakey and nutty taste and aftertaste. I love me a great full-bodied dessert tea and I also like lots of variety in my pantry. The NecessiTeas has blended a truly distinctive mix. It’s not derivative of any other tea I have sampled thus far—and if you drink dessert teas you know that many of them are rather “same-ish” and the differences do not trumpet themselves forth.

While this tea is nicely spicy, it’s careful not to allow the spice to overwhelm the natural sweetness of a carrot cake.

One test I apply to a tea is asking myself this question: Must I have it in stock at all times in case of a craving?

This sounds amazing. I’ve read a lot of reviews praising the flavors of this tea. I’ve heard a lot of good things about The NecessiTeas in general. Glad you enjoyed this one!

This was also part of a swap, thanks Mel!

This is a very enjoyable rooibos. I didn’t taste the cake flavor, but all the spices are there. Adding a bit of milk even hinted at the frosting. A clever idea for a tea, and I give it a thumbs up.

This is one of the best dessert teas on the market. It is one that I truly cannot live without. It really does taste like the spice that you experience when nibbling on carrot cake. Delicious! Further, if you want to make it really decadent, then add a splash of cream. Or, better, a splash of sweetened condensed milk…YUM!

I’ve used condensed milk in a pinch, but never thought about breaking out my Eagle brand sweetened … may have to experiment!

If you are truly looking for carrot cake in a cup…

When I first opened the tin (yes, their teas all come packaged in silver air-tight tins, which I love), I smelled walnuts and a variety of spices. When I looked inside, I saw bits of carrots and chunks of walnuts, among the blend of various spices and bits of goodness mingling with the red rooibos. This tea I felt was good plain, better with a touch of honey or sugar, and fantastic with a splash of milk…and OMG delicious with coconut milk! And to add just a little more dessert richness, try sweetening it with a little brown sugar. This tea tastes like I’ve been dunking carrot cake in milk, and then I drank the flavored milk. Mmmmm.

I hear you on the brown sugar and coconut milk! What Linsey really got me hooked on was her Vanilla Cola. That stuff is so good iced with some brown sugar! And such a better alternative to coke.

Sweet without being too sweet. Cakey. Creamy. The walnut is a brilliant touch.