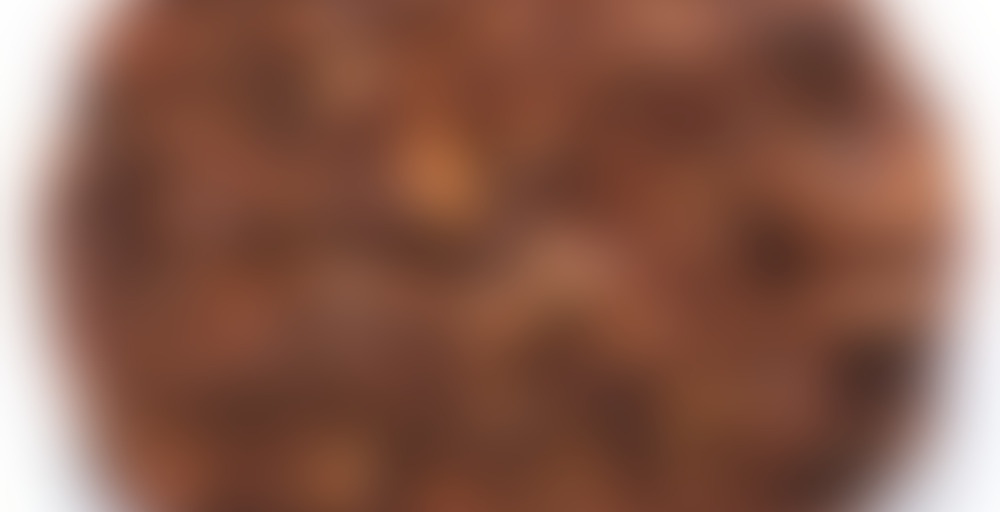 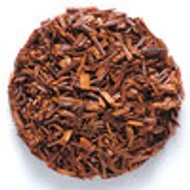 This blend will take you back to your childhood days sitting on the porch sippin on those old time root beer floats. Perfect with a touch of sugar and a splash of milk, you will swear you were drinking the real thing! Naturally caffeine free! 3.5 oz

One of the reasons I started drinking tea a couple of months ago was because I thought I was drinking way more Diet Coke than any one person ought to, and I was looking for a tasty no-cal alternative. Never would I have guessed at the time that the worlds of fizzy, flavored water and tea would overlap.

It occurred to me to ask myself whether this is in fact a good thing. But on balance it seemed snobby to even ask that question, and so I answered that I am much too much of a tea neophyte to start displaying snobbery (at least openly) at this point and I should just shrug and say why the heck not.

Yeah, it is unmistakably root beer when you give this sample a sniff upon opening the packet. And since I now know what rooibos smells and tastes like by itself, I can smell that as well.

Brewed up, it does smell like hot root beer, minus the head, though I don’t get a creamy smell as I’d expect from the float part of the name. There is obviously no fizz, and drinking a hot/warm root beer flavored beverage is a little weird, but then I am a pro at drinking room temperature Diet Cokes so again, why not. The flavor is sweet like root beer, but not overly sugary, and the rooibos complements it nicely. As others have said, though, there’s no perceptible “float” aspect.

In all, I think this is well done. It’s something I might drink every once in a while. I don’t drink root beer that often, so I’d probably drink it about as much as I drink root beer, which is to say maybe once or twice a year at the most. It’s not that I don’t like root beer, it’s that I don’t think to seek it out to buy. It doesn’t have caffeine, which is something I normally want in a soda. And when I’m eating out it’s not typically on the menu, at least not in diet form.

It would be interesting to try this iced and taste next to an actual root beer.

I’ve been dying to try this tea. YES please ice it and post notes!!!

Oh don’t risk it then!

I placed my order with Necessities about 10 days ago, but still haven’t yet received it. Other orders that I’ve placed since then have arrived (such as my order from Den’s). I hope it arrives soon… because I want to try this!

i suggest emailing and checking up on the order, she just recently had her latest child and may be a bit behind.

She is behind! I placed an order almost three weeks ago; tea merchants are usually quite prompt.

before the baby i can say delivery was quite speedy

I’m here listening to This American Life (episode 401: Parent Trap: http://www.thisamericanlife.org/radio-archives/episode/401/parent-trap) and packaging up tea. So why not drink some tea.

Well, I won this tea through Leafbox Tea’s Giveaway, which is pretty awesome! Got this and Pineapple Upside-Down Cake, and both of them came in today. So I figured, this one is caffeine free, I’m sleepy-ish, and it’s here… why not?

Anyway, this one smells ridiculously like root beer. Not even kidding. When I opened up the box, I could just smell it coming from the tin! The rooibos here are a lot tinier than I usually see, really finely chopped.

So I steeped up a heaping teaspoon, watched the water turn ruby-red. I should mention at this point that I’m actually not the biggest fan of root beer! I will definitely drink it if offered, but I probably won’t reach for it by myself. It’s a pretty good flavor, but it tastes a lot like bubble gum to me. I’m more of a ginger beer sort of person.

That being said, the infusion smelled exactly like root beer. And I’m happy to report, the taste is pretty awesome as well. It’s not as thick and syrupy as I thought it’d be. It’s actually a lot easier and lighter to drink than real root beer. The rooibos isn’t really a star here; the flavoring is, and that’s perfectly okay, because the flavor is deliriously authentic.

Halfway through my mug, I decided to get a little frisky/creative/adventurous and add a bit of Very Vanilla Silk and a tiny pinch of sugar to the cup. This was actually better than the plain! It was creamier and silkier, with a nice milkiness that complemented the root beer flavors. Definitely something that was very sippable and comforting.

So yay to Pete at Leafbox Tea and TheNecessiTeas for having the giveaway. Still in shock that I won! And shocked that I liked this one as much as I did, because novelty teas are sometimes not my thing. GOOD tasting novelty teas, however… I’m ALL over that.

That’s so cool that you won! This sounds like a really good tea. I’ve stopped drinking soda ever since I got into tea because now soda tastes so sickeningly sweet compared to tea. But when I did still drink soda, root beer was one of my favorites. i’ve got to try this tea!

Boiling 6 min, 0 sec
Yours I Like This
8 likes
2 comments
Edit

have it iced with some milk :)

I will try that. Thanks

This is really tasty.

The flavor of the rooibos is a perfect union for the root beer flavor… and the flavor seems to nicely off-set that funky, saccharine-ish flavor from the rooibos that I generally find so off-putting when it comes to rooibos.

I am very pleasantly surprised by this blend. I didn’t try it with milk this time around, but, I think when I brew up the last of my sample, I will froth up some milk and serve this latte style to see how/if that enhances the “float” part of the flavoring.

Okay, this is a weird but super good tea. I had to try this one despite the somewhat lukewarm reviews because I LOVE root beer. To be fair, the consensus seemed to be that Root Beer Float was a delicious tea that was a bit odd to drink warm. Solution… drink it iced. It’s so hot outside today and drinking a hot tea just seems unthinkable anyway.

I cold steeped this beauty overnight and this morning I had rich, delicious root beer tea. Creamy, sweet, wonderful root beer flavor through and through. Very good!

jealous! This sounds like the a most awesome tea!

DaisyChubb, I highly recommend this tea! It really does taste exactly like root beer :)

Taryn, you’re getting a sample of this one :)

What a good idea _ This sounds delicious!

I will have to cold brew this one. I love root beer but I didn’t love this. It was strange to me. I will try again.

Rachel, give it a go iced! I really think you’ll enjoy it cold :)

Taryn, I would wear that perfume and I’d smell delicious! What can’t you do?

Yet another sampling from Doulton! I’m trying to drink up all my samples to make room for some new tea once my month-long ban on buying tea is up. A new job = regular income = new tea! How nifty!

Anyway, this tea really did smell like root beer! Root beer is my favorite kind of soda, even more so than Mountain Dew Live Wire, so I was really psyched when Doulton sent me this. After that smell, I wasn’t surprised when it tasted like warm root beer. You know that feeling that your tongue gets when you drink root beer? Not the carbonation feeling, but the prickly root beer feeling, like little pockets of goodness are popping on your tongue? It’s a different feeling from all the other kinds of soda. Yeah, this tea gives you that.

I am impressed, this really does taste like rootbeer! Not getting the “float” part of this but I am perfectly ok with that. I’ll just sit here with my rootbeer-flavored drink and my chocolate cake covered with confectioner’s sugar and Cherry Dr Pepper flavored syrup and recover from my disaster-filled afternoon. Soda flavors abound and there’s not a co2 bubble anywhere in sight!

This was in the AmazonV box Yea! I’ve been wanting to order this one myself but was trying to wait for the shop owner to settle in from her her baby (I heard others say there was long wait times) so I am grateful to AmazonV for letting me try some of her stash.

The dried rooibos smells like root beer a little more minty than root beer however you won’t mistake rootbeer in the smell. Once steeped (I did 5 min.) my whole kitchen began to smell of root beer and I started getting even more anxious to sip it. I tried it while it was still a little on the hot side and I didn’t get much in the way of flavor.

I let it cool down and WOW it was soo much better. I really enjoyed this cuppa I could see this finding a place in my tea cupboard right beside Coconut Custard Rooibos, while C.C.R. is still my favorite as far as rooibos’ go (and I like quite a few rooibos’) this one is a very close second. I could however see some root beer lovers out there liking this more than coconut custard rooibos. Great rooibos!

I once went on a camping trip where I took a guided tour of the nearby woods. The guide cut up some branches of a young tree and told us that this plant was what root beer originally came from. Then he gave us each a bit of the branch and told us we could make tea with it. Well, I was impatient and just gnawed on my branch instead. Wow! Root beer! Ever since then, I’ve always associated root beer with wood.

Because of that association, the woodsy flavor of rooibos makes a perfect base for root beer flavored tea. This is good both hot and chilled. Unlike most people, I actively dislike fizzy drinks. So this flat root beer is just perfect for me. I also love that it’s not sweet. I don’t like sodas because they are too sweet. Overall, this is better than root beer in every way. I don’t really get the float thing though.

Thank you for sharing this with me DaisyChubb!