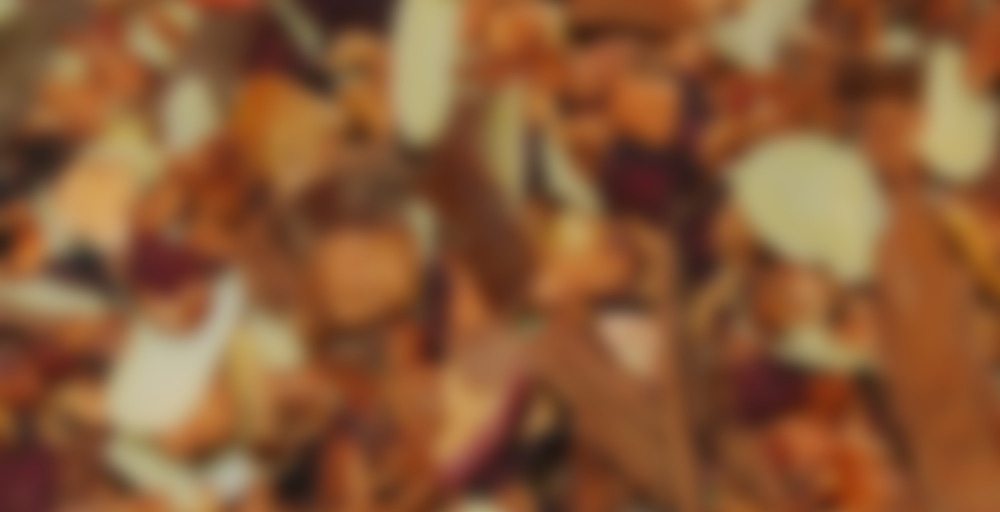 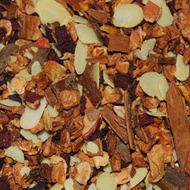 by The Tea Emporium
84
You

From The Tea Emporium

About The Tea Emporium View company

Yummy!! so very yummy. When hot that is. I was all set to rate this one supa’ high, because I was so very much in love. but then it cooled… and well, it just wasn’t doin it for me anymore. The heavy, lukewarm liquid became sour and the cinnamon began to dominate. Sour cinnamon is just awkward. Not terrible, but odd in a way that makes me cringe. So if I can get to the bottom of my cup before it cools, s’all good.
No matter, it’s better than I anticipated, by far. I was worried that it’d taste like Forever Nuts, which I hated… but it doesn’t so yay!! I’m not sure what the difference is, since the ingredients are identical, but this one just gels together so much better. Maybe it’s the ratio of contents? shrugs
Also, this gets negative points(I’d say 3 or so) because while beets are healthy-ish, they have serious glycemic index issues. I’m trying to lessen my sugar dependency here! esp with about 80% of my relatives dealing/passed on from Diabetes complications. Jus’ sayin…
Dang, this one had so much potential to be amazing! but then one thing after another tore my rating for this from a soaring 95, ten points down to 85. Sheesh. I feel like it deserves higher but then I consider all the factors and… well, I just can’t justify boosting it. Hmmmm.

I still can’t believe you don’t like Forever Nuts . . .

well I haven’t tried it in awhile… maybe I like it now??

You want some on Sunday?

erm okayyyy I will try it! you know I never back down from a tea challenge :P

to tea challenge me? hey as long as there are no allergy issues, bring. it. on! ;0

Wow! This sounds really similar to Forever Nuts. It seems like every Toronto tea shop has its own version. I agree that you should try it again!

Steeping up beets shouldn’t be a problem. They are sugary but infusing them doesn’t leave you with any significant caloric or carbohydrate content. I’ve never found any tea without straight-up sweetener added to raise my blood sugar at all.

I agree, I will try it again soon it seems :)
thanks for the tip Jessie. Maybe I will get some for the house after all!!

I believe this is the exact same thing as almond cookie from Joy’s Teaspoon which happens to be my favorite tisane EVER perhaps even rated higher than some of my favorite teas on here but Im a sucker for a decedent sweet delight!
This is VERY very nummy!
I have a lot of these mixes from various companies that are close to Joy’s Almond Cookie but this may be the exact match. Regardless I am sure to have this or Joy’s on hand at all times!
LOVE!
Thank you Indigobloom for this sample!

aww I just drank the last of this the other day. So glad you love it!! let me know if you ever need me to send ya some! :)

Thank you IndigoBloom for this tasty sample tea!

Outside the evening drizzles have finally arrived and I can hear the spash of car tires on the road going past my home every now and then. I like the sound of rain and splashs. The air has cooled down and I have a sweet tooth tonight.
I was sitting on the couch with my Kindle reading the review that Krystaleyn wrote about Candied Almond Tea and it sounded like the kind of desert tea I was in the mood for. Besides, Indigo-B had sent me a sample. Perfect timing! Off to brew!

Even dry, this tea (herbal) smells amazing! From dry, to steeping to pour, you could blindfold anyone and they’d think there was a Cinnabon store at hand.

The steep time was 6 minutes. The first sip was sweet and full of quality cinnamon, apple pieces and sweet almond. I am serious about the fine quality of the cinnamon. There are different types. Some are bitter, some not very spicy, some average, a little like cinnamon cardboard. The best for baking has spice but is sweet and is what draws you to Cinnabon when you smell one. The cinnamon does not hide the apple or almond taste. This allows the herbal blend to become a pastry which I wanted and enjoyed.

Next to my cup was a piece of blue, foil wrapped Godiva dark chocolate. My one piece for the evening. I ate the chocolate and sipped the cinnamon, apple Candied Almond Tea. Oh my…it was so good. I have a good life.

The Spring slosh of the rain continued outside.

I had Cinnabon stix on Saturday! mmmm. Glad you like it Bonnie :)

Finally, it seems my tastebuds are open to flavoured teas again. So time to start attacking that sample pile!

First up is a sample from the lovely Indigobloom!

This one smells so similar to DavidsTea’s Forever Nuts, but it almost seems sweeter, with a gentler cinnamon. I like Forever Nuts (but have none on hand atm), and would have liked to compare the two, but that involved too much effort.

Steeped, it smells like warm cinnamon with a touch of apple. Like a cinnamon apple streudel, or something of the sort. Perhaps a big sticky cinnamon bun. I’m getting hungry…

Ok, this tastes like warm, sweet cinnamon in a cup, with a touch of apple. It’s nice. It’s a little weak, which is funny because I used up my entire sample from Indigobloom (which was at least 2 tsp in my average-sized mug. Maybe I should have steeped it for longer. I seem to recall Forever Nuts being a touch more potent. Either way, it is nice. I’m going to let it cool a bit more now; I liked Forever Nuts cool as well.

Yum, it’s good cooled down to probably 30ish degrees. Still weaker than I’d like, but a very pleasant cup. I’m likely to stick with Forever Nuts because it’s way easier for me to acquire, but I think they’d be pretty good substitutes for one another.

(Oh, and although I can taste some almond, I’d hardly call this one Candied Almond, which makes me think moreso of a caramelly nut flavour.)

ETA: Second infusion (for forever, i.e. probably as much as two hours) has much more flavour and is quite delicious, even cold. Quite sweet, cinnamony, nutty goodness. No sourness as Indigobloom described. Love.

lol that is too funny, I prefer this one because it’s lighter than Forever Nuts! :P

Hold the press! Indigobloom I believe sent me a sample (or TeaFairy) so I’ve gotta check this one out!

It’s a lovely tisane :) They both are.

Smells like absolute heaven in the bag and doesn’t disappoint when brewed. The scent reminds me of spice and pie crust, very similar to a British Mince pie. The flavour was sweet at first with a soft spice on the back of the throat. The apples really stand out and the beets give it a simple, light earthy taste that really compliments the spice and also a gorgeous pink hue. As it cooled, I didn’t feel the same way, it was dull and bland tasting. Next time I’ll try it with a second steep!