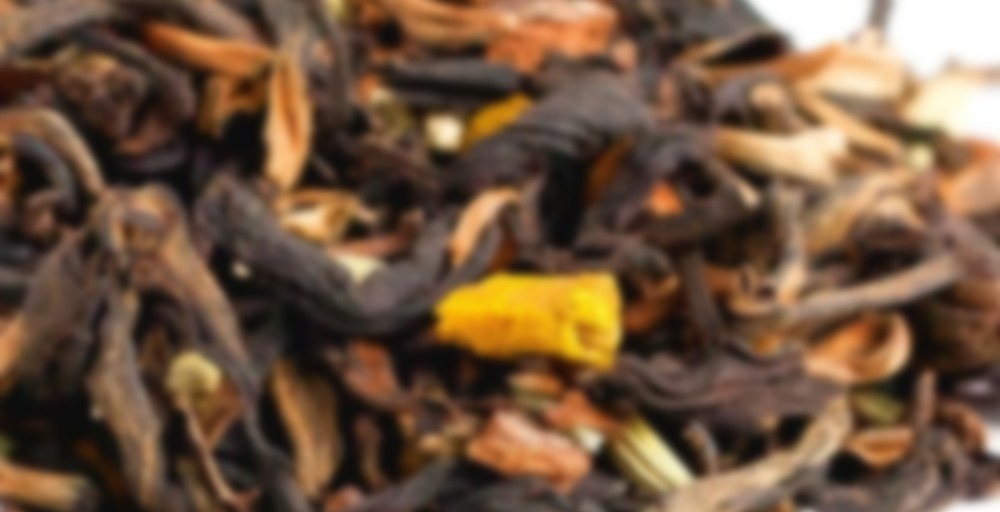 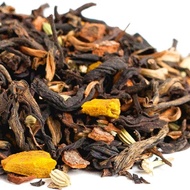 Rise and Chai is specially blended to help boost your morning routine. This tea pairs pu’erh tea with black teas, turmeric and other spices for a smooth and scrumptious morning cup. This bold brew is naturally delicious without any added cream or sweeteners.

This is unlike any chai that I have ever tasted. In fact, it spurred me to look up the definition of chai. Then I found out that “chai” is the Hindi word for “tea” and that “masala chai” refers to what we Westerners redundantly often refer to as “chai tea” (“tea tea”)—black tea with a mix of spices, usually starring cardamom and cinnamon.

There’s not a trace of cardamom in this one and the turmeric is the key player. I find it pretty darn delicious. It’s really making me want Indian food, though. Like I want to be drinking this with a big old plate of palak paneer.

I think this is only the second pu-erh tea I’ve ever tried and it’s both been in blends, so I’m not totally sure what the pu-erh tastes like in this mix, but overall I find it really nice. It’s a bold black tea that makes a good substitute for a black cup of coffee in the morning.

Advent of the day!

This is a very mild chai, almost more a gentle black tea with the lightest dusting of spices. Not what I was expecting from a blend called “Rise and Chai”.
I don’t dislike it, but it’s not left the very strongest impression.

Yeah, I’m a sucker for clever product names. (Then again, when I’m writing—curriculum and activities for kids—I tend to write the title first and then figure out how make it happen.)