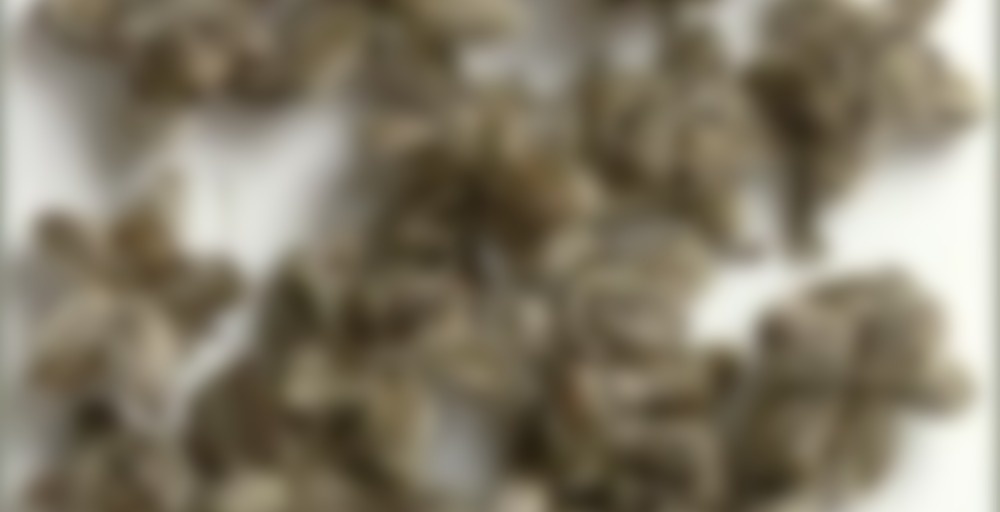 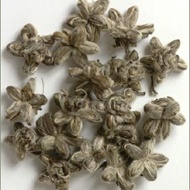 This tea is from Fuding in the north-eastern portion of the Fujian province of China. Fuding is considered by many to be the epicenter of hand-made tea production. Although many gardens produce this tea, the buds from which our Star of China is made come from the Rui Yun Tea Base, one of the finest gardens in the region. Once the large leaves have been steamed and are still damp, they are hand-stitched into the distinctive 5-pointed star shape. The tea workers who stitch the tea are respected specialists, and many of their families have been making the star for generations. Only 6 tons of this tea are produced annually. This is a truly breathtaking white tea that brews to a very pale green liquor and leaves no trace of bitterness even after steeping for 15 minutes. A delicate, soft, and sweet flavor with almost no astringency, it is less smoky than Snow Dragon and milder than Silver Needles. This rare tea is served at state functions in Beijing. Use 3-5 stars per cup and steep in 160-degree water for 4-5 minutes. Leaves may be re-infused once or twice.

This tea smells heavenly, the whole time my water was heating I had my nose in the bag! Is a very delicate flavor and needed no sweetener. I steeped my stars 3 times- the 2nd time was the best, but the 3rd was still quite enjoyable.

Second to last untasted, unwritten about white tea in my cupboard! Yay! Tomorrow I can check another box. And soon after that another: I only have two oolong samples (that I’m aware of) left to taste and write about.

After today (counting the pu erh of the day) the cupboard count is:

And a bunch of pu erh samples. I have no idea where they all came from.

Anyway, about today’s white tea. This is another one of those situations where I was driven to buy something because of aesthetics. I liked the name and the way the tea was tied into little blossoms.

The last time I had a tea in this sort of shape, I had trouble getting a lot of flavor out of it. I decided to steep this one at a hotter temp than recommended and at 4 minutes in the Breville. I used 8 stars.

In the packet, the tea has an earthy, white tea smell — that sort of je ne sais quois earthiness that if you have ever had white tea you know what I mean and if you haven’t, I want to say it’s a little like dirt, but in a good way.

For me, the tea is pale yellow — there is no green — and clear. It does not give off much aroma. What it does give off is a sort of sweet water smell.

I sort of wish they’d described what it was supposed to taste like, though. It’s always a little troubling when a tea’s taste can only be described by what it isn’t.

It’s one of those things I’ll likely keep longer than I would otherwise because I like the stars.

But it gets a rating on the higher side anyway because it has some flavor, unlike many other white teas I’ve tasted.

I can understand why you bought this. What a unique looking tea.

I steeped the little stars twice — the second time they started to come untied. It reminded me of hair coming out of a pony tail. LOL