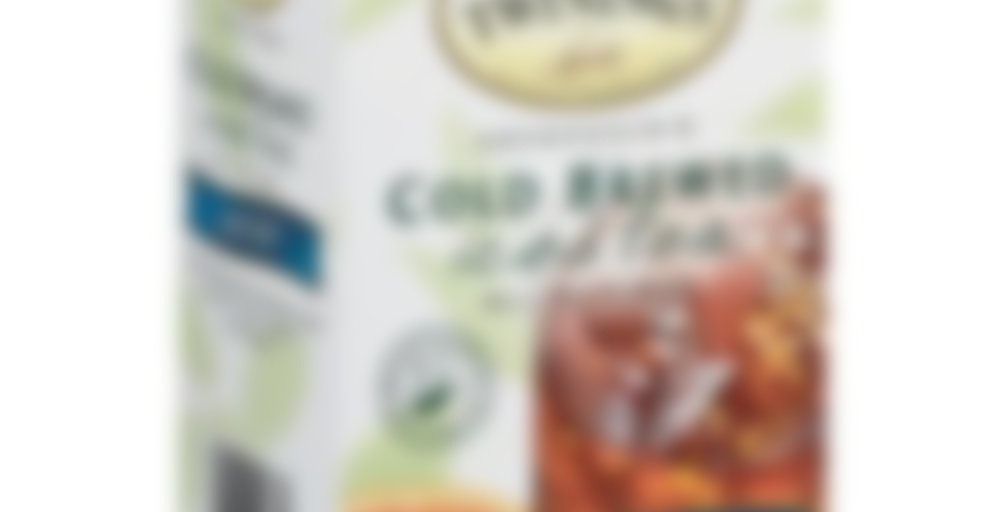 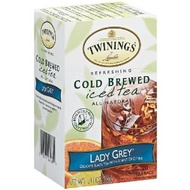 From the box: Twinings Lady Grey is delightful black tea expertly blended with the citrus notes of orange, lemon, lime, and bergamot to deliver a cool, refreshing iced tea. Perfect anytime, sit back and relax with Twinings Lady Grey. Enjoy sweetened or plain – the choice is yours.

I resisted this for a long time because I had tried the regular version of Lady Grey some months ago and had given it away to my sister after one cup.

I probably bought this box of [meant to be] cold-brewed Lady Grey because I had tried the mixed berries version of Twinings’ cold-brewed tea and found it pleasant.

Well, here I am with the box 2/3 gone, quietly sipping on a cool glass of the stuff, and I haven’t even admitted it’s in my cupboard, much less written up a tasting note.

Obviously, I haven’t given this away to my sister. I am finding it very refreshing. It tastes like tea (no clue what the base tea may be, other than black — maybe Ceylon? Kenya?) blended with a dash of bergamot and a dash of lemon. Orange and lime are supposed to be there as well, but I’m not finding them. Still, the citrus is an accent to the tea rather than overwhelming it. I drink it plain.

It was fine to accompany lunch though maybe not the best for the lunch I actually had. I had a rather spicy black bean and rice concoction and I think this would have gone better with something lighter and milder.

It’s even more fine for a mid-afternoon break when I want something cold to drink. That’s how I’ve been using it for a week or two. I will be re-stocking when this box is gone.

I had high hopes for this cold brewed iced tea, since I’ve enjoyed brewing Lady Grey hot and drinking it cold in the past. Alas, in this case, Twinings has made bergamot into a bat and then beaten my tongue into quivering submission.

I don’t think I’ll even drink the rest of the box in my cupboard unless I somehow forget this terrible iced tea experience.