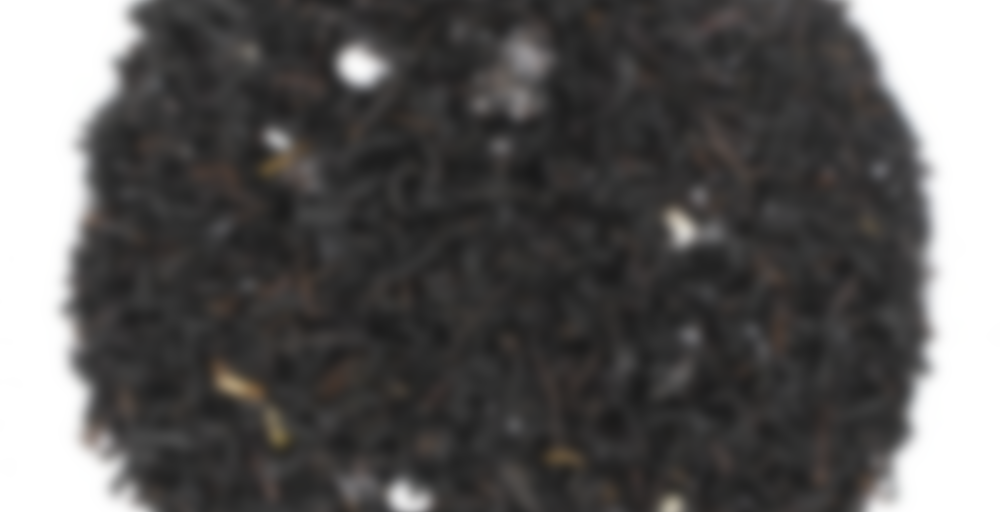 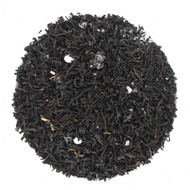 I got a beautiful tea pot from my wonderful fiancée for our anniversary, and with the teapot came several samples carefully picked by that same fiancée. This is the first of these samples that I’m reviewing!

I brewed it following the instructions on the bag – I’m not taking any risks when all I have to taste a blend is a few grams. The general look of it was quite surprising to me – long, good-looking leaves with powdered sugar mixed into them. That’s a rare thing, right? I believe it’s supposed to evoque the marron glacé aspect of the tea. Looks really fancy if you ask me.
The smell of the dry leaves is very close to the smell of the Dammann Frères Caramel Rooibos I reviewed a while ago – very sweet, very caramel-y with a hint of vanilla. I’m gonna be drawing a few parallels between this black tea and the Dammann rooibos, I hope that’s okay. My sister smelled some cinnamon in there as well, which I find interesting.
In short, I was excited to see how they’d pull off the marron glacé and to observe the differences and parallels there would be between this black tea and the rooibos I mentioned earlier.

After the steeping was done, the leaves smelled of red berries, sort of. I can’t explain it but they did. The brew itself smelled a lot more like black tea than the dry leaves had before, and it has a very dark orange robe – it’s almost brown.
The taste is very pleasing. Since this is a flavoured tea, I’m gonna go ahead and say that the aromas are a pretty big part of what you’re gonna judge it on. The caramel is less huge than I was expecting, it behaves rather well and doesn’t overshadow to the black tea. Astringency is good to my taste and highlights the caramel pretty well. It also has a hint of vanilla, which is not unlike the Dammann rooibos. Basically it’s got that same “I just came home from the cold outside and I need a warm comforting drink to sip in this dark winter melancholy”-vibe going on.

I’m still quite disappointed with this blend. It is clearly advertised as a marron glacé-themed tea, but unless I just completely missed it – there is no trace of it. The caramel-vanilla association doesn’t even allude to marron glacé. It’s a shame, because I love marron glacé! I once had some marron glacé-flavoured mustard, which sounds odd but. Best thing I’ve ever had. It’s from Maille, if you want to take a look.
Maybe I just don’t get this tea because I take it too literally? Am I looking for literal marron glacé when you’re only supposed to sense a faint concept of it? But if that’s the case, why the powdered sugar? I am confused. (The sugar doesn’t even add any flavour, it just saves you the sugar you might have put in your cup.)

Tl;dr: a very nice and quality blend, with an pleasant caramel aroma that’s handled very well. I can’t help feeling disappointed though, because it’s sold as a marron glacé tea, and I just don’t see the marron glacé in there. Had it been advertised as a caramel black tea, I would have been happier.