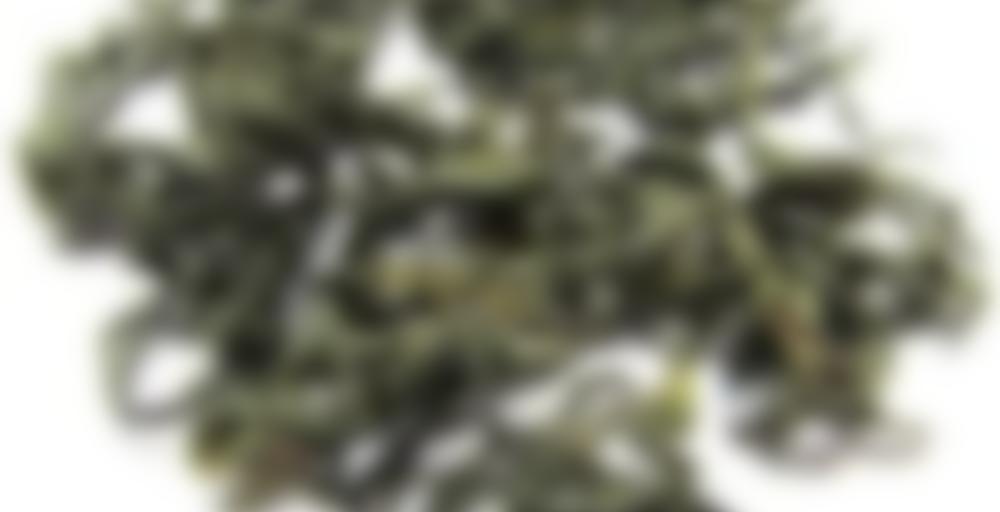 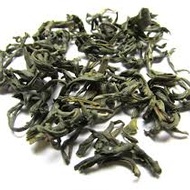 I am finally beginning to work my way through some of the What-Cha samples I have been holding on to for a while (read that as I’m drinking a few teas I forgot I had). This unique green tea was today’s selection. I found it to be pleasant and intriguing, but it also was not quite what I expected it to be.

What-Cha described this tea as possessing a “vegetal taste with sheng qualities.” I found that to be sort of true in the sense that the tea demonstrated a consistent underlying saltiness and sour funk. I would emphasize, however, that there was much more to this tea than that.

Prior to the rinse, aromas of carrot, sweet corn, cream, grass, hay, elderflower, millet, and sorghum expressed themselves on the nose. After the rinse, traces of wood, briny funk, smoke, and sea salt began to emerge. The first infusion produced a nearly identical bouquet with slightly more salt and funk. In the mouth, I experienced a rush of carrot, millet, sorghum, sweet corn, wood, malt, cream, grass, hay, and elderflower notes underscored by brine, smoke, sea salt, and a hint of nuttiness. Subsequent infusions grew more intense, offering up forceful impressions of beech nut, chestnut, lemon, and at various points, kumquat and/or bergamot. The later infusions saw a mellow and comparatively restrained mineral presence merge with lingering impressions of sweet corn, hay, grass, wood, brine, smoke, and sea salt, while hints of vegetables, nuts, sorghum, and a touch of tart citrus remained in the background. The way the sweet corn, wood, brine, and smoke notes lingered on my palate reminded me a bit of a sour mash.

This was an extremely complex, deep, and interesting tea. Fortunately, it was not so busy as to be overwhelming or cumbersome. Like quite a few Vietnamese green teas, it displayed a pungency and astringency that some people may find off-putting, but to be honest, it did not bother me all that much. Those qualities could probably be mitigated by using slightly less leaf anyway. Definitely check this one out if and when What-Cha manages to bring it back, but just be aware that it is more likely to remind you of a high quality Yunnan green rather than a young sheng.

It’s a very distinctive taste. If you look around, you can find some good elderflower and/or elderberry sodas and lemonades. That’s how I became familiar with the smell and taste of both. There’s a funny story associated with that.

I’ve had it in lemonade, wine, and kombucha. I need to try it again with the latter two. Tell me the story when you can.

Daylon, the story goes something like this: drinking too much water and elderflower soda got me in trouble at the 2004 Hampton Court Palace Festival in England. Shortly after I graduated high school, my childhood best friend and I took part in one of those two week European package tours. We flew from Kansas City to Houston to London and spent three or four days touring locations in and around London. The tour included a stop at Hampton Court, but part of the property was closed to the public for the Hampton Court Palace Festival. After going to the gift shop for refreshments and guzzling a bottle of water and a bottle of elderflower soda, I realized that my friend and I had gotten separated, so I wandered around the grounds looking for him. Pretty soon I had to find a bathroom (it was a very hot day), ended up getting turned around, and after finding a bathroom, ended up loosing my day pass. While trying to get back to the front of the property, I finally found my friend and we soon realized that we were on the wrong side of the security barricade. We then wandered until we saw event organizers setting up a tent, explained to security that we were lost, and were told to have a seat inside until someone could come escorts us back to the front. Van Morrison was running through sound check inside (he was the featured performer that night). He got pissed that two American teenagers accidentally crashed his sound check, threw a tantrum, and refused to complete his sound check until we left. Now, my friend is Irish-American and was a huge Van Morrison fan. He was crushed. I may have then called out Van Morrison. I called him something to the effect of a “fat crybaby has-been” and a few other choice things. We were then promptly kicked out.

TL;DR I got lost looking for a bathroom after drinking too much water and elderflower soda and then got kicked out of Hampton Court after insulting Van Morrison for being a jerk.

And to be clear, when I say he threw a tantrum, I mean stomping, screaming, cursing, demanding we be removed, demanding his band members and road crew ignore us, and then hiding at the back of the stage so he wouldn’t have to look at us. I can understand being angry if someone crashed a performance without paying, but that wasn’t the case here. It was just a sound check and rehearsal, there were plenty of other people around (road crew, lighting and sound people, security, and event staff). All we were doing was sitting where we were instructed to sit until someone could come escorts us back to where we were supposed to be.

My phone keeps changing escort to escorts. I have no clue why. Sorry about that.

Great story. Delighted that you are sharing it.

Wow. Only story I could come up with was accidentally bumping into Zahi Hawass as I was running back to the hotel-for a private lecture with Dr. Zahi Hawass. My father and I were totally oblivious and embarrassingly polite as we passed him through the revolving door. Nothing to do with elderflower or musicians lol.

Was he wearing the Zahi Hawass hat?

He was in a suit.

He did at Giza.

Never mind the Mena House is ON Giza too lol.

What did you think of him?

He was intense, brilliant, and passionate. That was almost ten years ago and I have not seen a lot of American coverage about him as of late. I do know that the Grand Museum is under construction to help consolidate what is in Cairo. I can’t remember if they are still allocating Tut’s artifacts to another museum dedicated to him.

Hmm. I remember that during and after the revolution there was a lot of publicity regarding him misappropriating artifacts for his own benefit. And other things that I currently can’t recall the details of.