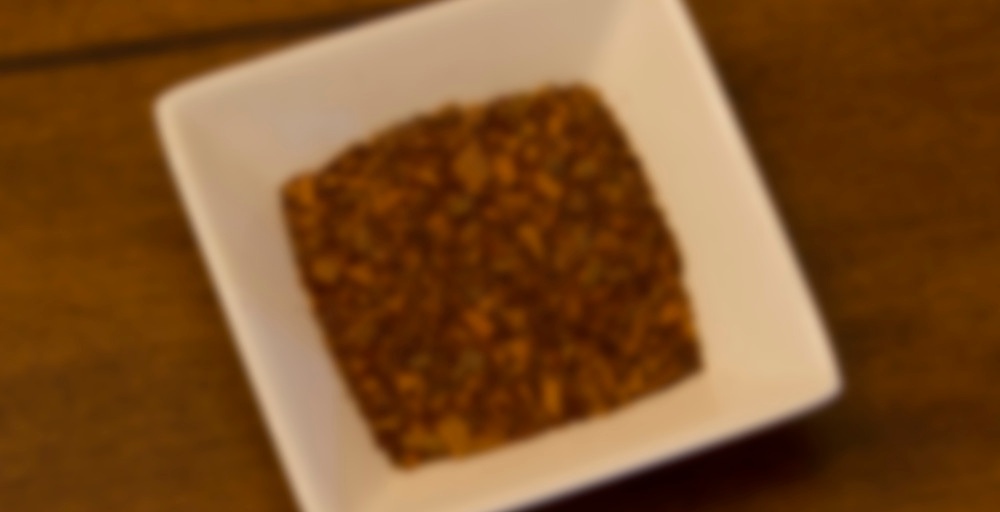 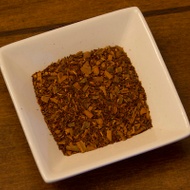 by Whispering Pines Tea Company
75
You

Cinnamon and Rooibos! This sweet organic cinnamon-y goodness brews a cup that will always go perfectly with a dash of your favorite honey. This perfect caffeine-free tea is reminiscent of the perfect Autumn day — a cool breeze, orange leaves painting the skyline, apple pie just out of the oven, and that warm and toasty fireplace ready for you after your morning walk.

Ah, yes. I needed something delicious tonight! A sipdown as well, and yet, one that really fit the bill. I get a bread-y cinnamon from this one, and tonight I definitely taste something icing-like too (although that’s likely the sweetener I put in it).

Try adding a tiiiiny bit of almond milk to bring out an icing-like thing :)

This is (a lot of) cinnamon with (some) rooibos. It’s actually really nice treated like a chai, as there’s no honey, nor is there any cracker.

So. Cinnamon Rooibos tea? Y. Very nice with some brown sugar and coconut creamer. I’m not sure I’d order online just for this, but I do have rooibos and cinnamon in my cupboard I can play with.

Whoops! Thanks to Dexter3657 for this!

Sorry, that’s what I thought of it too – there are others here who liked it. I don’t think I hated it, just don’t get the name. I’d have more respect if it was just called cinnamon rooibos…

Exactly! I’m glad you sent it though, as a cinnamon-rooibos tea will be LOVELY through the winter. :)

The name has been changed to Cinnamon Rooibos, as per your suggestion! :)

Senior year of high school, I worked at a craft store that had the best smelling wax melts ever. They were seasonal too, and the fall ones were always the best smells. This reminds me of one of them, though at this point I have no idea what it was. I’d say it also reminds me of those cinnamon broom things some people are crazy about, but if you’ve ever worked in a place suffocating you with them, then you try not to think of them.

While it’s pretty good without anything added, it definitely needs a bit of honey to get it really popping. Now, it definitely reminds me of a graham cracker crust, I am so going to have to try steeping this in some apple cider.

It’s not too heavy on the rooibos taste either with some honey. I added just about a teaspoon, worrying it might make it too sweet, but it’s really boosted the flavor. The aftertaste got pretty sweet, but nothing bad…tastes like the cinnamon flavor Teddy Grahams.

For the price, a mere $1.75 for an ounce, this is definitely worthy of a try if you’re looking for a good caffeine-free treat for autumn…which I think is finally going to make its way here next week after being obnoxiously hot today.

Wow, that is an awesome price! I am totally digging how popular graham cracker flavors in tea are this season!

Even here! I went to take recyclables outside and it felt SO GOOD.

I walked out Monday morning and squealed with excitement. It’s been high 90’s and 100’s here for months…and it was goosebumps-cold. :D

My boyfriend’s aunt went on a trip and brought back a GIANT jar of local honey she found for me. Ohhh it’s pretty awesome in this tea. I think it’s becoming my favorite rooibos :)

So I got this one today in the mail and its the first one I went for … I defiantly smell the cinnamon but when I Taste it its almost like and apple crumble lol lye sort of confusing cues I don’t know where the apple is lol but I really like to this on and glad it’s caffein free since its 11:14 at night and it still have to work in the morning lol

Make sure to add a dash of your favorite honey! :)

I will try that today i wanted to try it plain without honey and i Really liked it, so today i will try to my favorite meadow foam honey! :)

My Whispering Pines order is here woooohooooo. So everything kinda smells spicy chai like from my coconut chai and peppermint chai. I split them all up to alliviate some of tue spice from the ones that werent supposed to he chai like. I accidentally order two ounces of this instead of one. I only wanted to try it because of the Rooibos.

I tried this one first because its bedtime and I need an herbal at this hour. I’m pretty well only getting a cinnamon scent from this one. Ergh as it steeps so much Rooibos smell… Damn you Rooibos.

This is definetly nice tasting, Tue Rooibos flavour isn’t really there, which is grea. I’m mostly getting a cinnamon taste like the dry notes. I’m definetly not getting graham cracker , but its nice and light. Great for evenings since I’m so sensitive to caffeine.

I’m going to try like Amanda said the next time and add a little honey to it.

Definitely add a bit of honey. I thought about putting honey granules in this blend but I know a lot of people prefer their own honey, so I suggest that :)

I was not impressed with the smell of the dry tea. I guess I was expecting it to smell like a graham cracker. The brewed tea smells yummy! It tastes okay. I don’t think rooibos is for me. This is the second one I’ve tried (the first a blend from Persimmon Tree) and I am not very impressed with either.

I can see this possibly working iced with some sugar but fresh-brewed without any sweetener just isn’t doing it for me, which is a shame because I could really use something caffeine free to drink at night. I guess I’ll go back to a cup of regular tea at night, and just hope I can still fall asleep.

I really loved this tea. Perhaps it is the cinnamon. (Yes, it must be the cinnamon!) Add that to wonderful rooibos and I’m sold. I found a longer steep time slightly better. With my usual dash of sugar – Yummy. (I will buy more of this.)

Too bad it’s been d/c’d. I’ve been looking for a substitute but nothing will be quite like the original!

And also, all discontinued blends are available as special order if you REALLY want them!