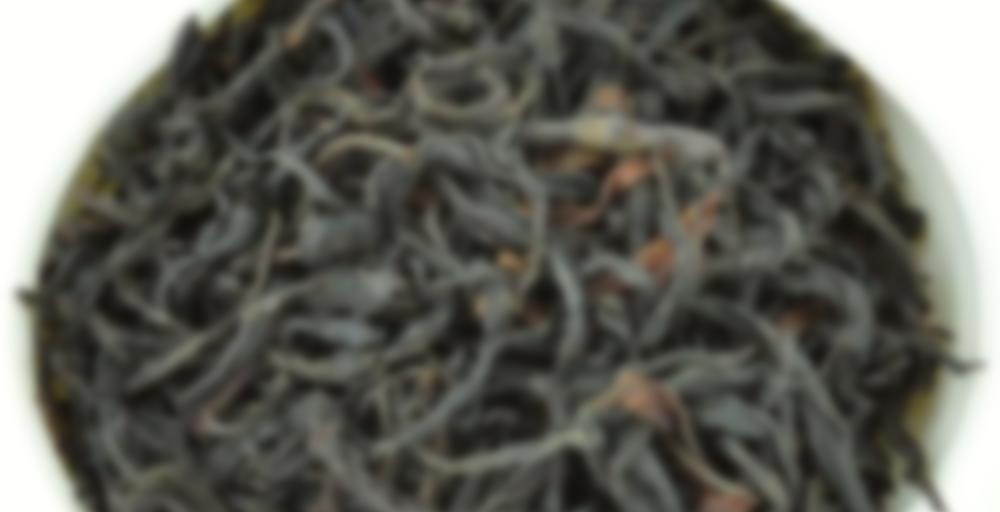 by Yunnan Sourcing US
80
You

The aroma of tea is very strong and hints of eucalyptus and sugarcane. The mouth feel is incredibly complex and stimulating but never bitter or astringent. Ultra smooth tea that after a few months will develop even more complexity. Subtle but very noticeable cha qi and tranquil feelings.

An incredibly rare tea, only 80 kilograms in total production!

I’m obviously still working my way through a few of last year’s black teas, but fortunately, I don’t have many more left. I actually opened this one up around the end of October and used some of it to make iced tea (which was truly great, by the way). Since I managed to rip the bag it came in, I had to immediately transfer it to a tin. I then forgot about this tea until the end of November. After a test brew, I realized that it was still viable, though it may have fallen off a touch. I then devoted my time to finishing the last of it before moving on to something else. Overall, I found this to be a very nice black tea. Despite the slightly less-than-optimal condition it was in when I conducted my review session, it still had quite a bit to offer.

Prior to the rinse, the dry tea leaves emitted aromas of nectarine, peach, malt, and honey. After the rinse, I found scents of roasted nuts and wood backed by a hint of citrus. The first infusion brought out something of an herbal quality on the nose. In the mouth, the liquor offered notes of roasted nuts, wood, malt, and honey with indistinct stone fruit notes and some cocoa tones. Subsequent infusions brought out considerably more cocoa. I also caught notes of red apple, brown sugar, blood orange, red pear, baked bread, prune, eucalyptus, black cherry, minerals, nectarine, sugarcane, and peach underscored by fleeting impressions of nutmeg, cinnamon, and something like camphor/menthol. The roasted nut notes separated somewhat, as I began to be reminded of a mix of roasted almonds and roasted walnuts. The later infusions mostly boasted notes of minerals, malt, wood, roasted nuts, and cocoa balanced by lingering hints of fruit and herbs.

Again, I did not treat this tea as well as I should have, but there was still a lot of life left in it. I kind of wish I had gotten to it sooner and that I had not been so exhausted and stuffy when I conducted my review session, but it’s a little late to do anything about that now. This was a very enjoyable tea. Each of the 2016 Yunnan Sourcing purple black teas that I tried were very good. This one was certainly no exception.

I don’t know if this sample is the Light Roast or what, but it is pretty good. I think my friend Chris might have gave me this or Andrew-I cannot remember. It’s a good black tea anyway on the plummy/cherry side of things. There some dryness and eucalyptus, but emphasis is on the fruit side with some malt and cocoa as lighter after tones. It kinda reminds me of some red wines. I would not buy this in bulk like I used to, but it is perfect for this cloudy day and it was good enough for my mood. I need a straight up quality black every now and then.

It definitely is. I can’t get over how balanced the body was.

While my experience has been very good with tea from YS, once in a while one misses the mark for me. All of this is so subjective though YMMV.
Nose; honey, malt, freshly baked bread, plums, wet leaves.
Palate; slightly bitter, plums, slightly tannic — astringent, malt, cocoa at back of palate, was unusual and had a very dry mouth feel. I did not like that aspect.