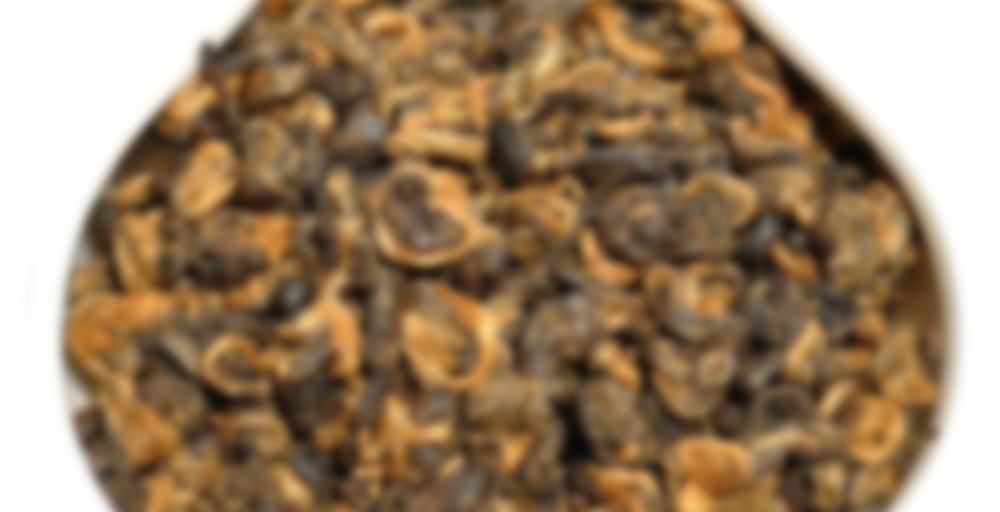 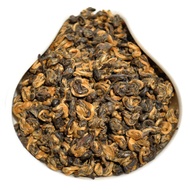 Spring 2018 harvested tea leaves from Ning’er county of Simao. This has been picked as 1 leaf to 1 bud sets and processed carefully rolling the tea into pellets. Like most Yunnan black teas the tea benefits from short-term aging and develops a malty sweet taste and lovely fragrance with a hint of chocolate and flowers.

Since I have just finished posting a review of Yunnan Sourcing’s spring 2018 Pure Bud Bi Luo Chun and I am not completely exhausted, I figured I may as well go ahead and post this review as a companion piece to that one. I finished what I had of this tea immediately after I finished that aforementioned Pure Bud Bi Luo Chun Yunnan Black Tea. The two were very similar, and quite frankly, I found them both to have the same glaring flaws. Of the two, though, this one struck me as being the better tea overall.

This was a smooth Yunnan bi luo chun black tea that offered up exactly what you would expect of a tea of this type and nothing more. Compared to the Pure Bud Bi Luo Chun black tea that I tried before it, this one was not as complex, but it expressed itself a little more clearly in the mouth and produced a tea liquor that was slightly thicker and fuller. Both teas were still a little lacking in terms of clarity, weight, depth, and definition, but of the two, this one was slightly better. As I said with the other tea, I would not advise someone to avoid this offering, but there are better examples of this style out there.

Hits all the right notes for a daily driver black tea (for me.) Malty, light scent of fresh tobacco, a rich, floral (in that way autumn leaves are floral, y’know?), and bright background. Complex on its own but plays a wonderful second fiddle to a pastry or snack. Wonderfully toasty at heavier ratios, though that dies off in the later steeps. Quite sweet with brown/raw sugar flavor, not the sweetest I’ve had but significant. Toes the line of too sweet for me (I prefer roastier/toastier -sweet to sugar-sweet).

Now this is my kind of black tea – malty, robust, and naturally sweet. The dry leaf has an intense brown sugar aroma, notes of toast and sweet potato, and a hint of tobacco. Wet leaf had an even sweeter aroma evoking molasses and balsamic vinegar. The first steep was rich and full-bodied with notes of malt, brown sugar, and cocoa. The brown sugar sweetness became more prominent in the second steep and was accompanied by a touch of earthiness. By the third steep, the tea mellowed a bit and took on a pleasant dark chocolate and malt profile. I western steeped this for 3 minutes followed by two additional infusions of 5 and 7 minutes.

I’ve written about my preference of 2nd flush greens and am beginning to wonder if I have a similar affinity for black tea. My favorite black teas by far have been flavor-forward low cost teas from Fujian and Yunnan. Taiwanese blacks and the “Imperial” grade versions OTOH just don’t do much for me. They are a little too delicate for my taste. This one is an outstanding tea that feels like a steal at $5 and some change for a 50g bag.

Sounds fantastic—this is the flavor profile I prefer, too, and I’ve been wondering the same about “imperial” grade. In my limited experience, they also fade out too fast (or lose complexity quickly).

This and the Black Gold (not bi luo chun) are my breakfast dianhong choices. I’ve also been known to blend some bud heavy black teas with some of this or the Black Gold to achieve a balance more to my liking.

I do prefer the more delicate black teas as well when I am in the mood but this always hits the spot.