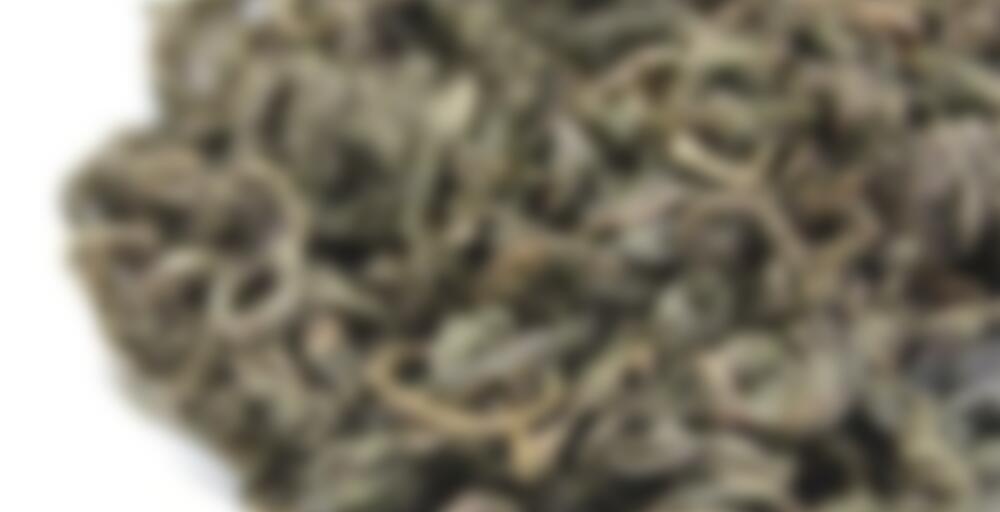 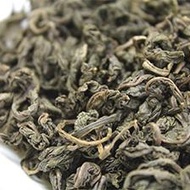 The Kunohe Village Revitalization Project is proud to present a Japanese tradition: Amacha, a tisane harvested in December in the hills surrounding the village. The leaves from this plant (a non-toxic form of hydrangea: hydrangea serrata var. thunbergii) are rolled, whithered, and dried in a small facility adjacent to the roadside station Oritsume Rest Area in the village.

This tea is known in the west often as “Buddha Ama Cha” because it is often used to celebrate the Buddha’s birthday.

The leaves of this plant contain a compound called Phyllodulcin, which is a natural sweetener some 400-800 times sweeter than sugar.

Steeping Method: Tea: 2-3 grams ( 1 leaf is about 1 gram though it depends on the size of the leaves). Water: 1 liter. Boil the leaves in the water for 5 min.

Warning: Though the leaf from this particular species of hydrangea has never shown toxicity in lab tests, the Ministry of Health, Labor and Welfare in Japan recommends that you do not brew it in concentrated amounts to avoid risk of nausea or sickness. In other species of hydrangea, forms of cyanoside are present in tests (though not in hydrangea serrata nor in amacha extractions).

However, as fair warning, while this tea is drunk widely across Japan at nursery schools run by Buddhist temples to celebrate the Buddha’s birthday, two cases of nausea have occurred: once in 2009 when 28 of 119 children reported nausea and vomiting, and once in 2010 when 45 of 99 first year elementary students reported light nausea.

While drunk widely in Japan and among children, please drink at your own discretion. Yunomi and its partners assume no liability for improper preparation of this product.

Based on Sara’s tasting note, I bought 100 grams of this stuff. I estimated the “2-3 grams per liter” down to 1 gram in 12 oz of water. The main flavor is sweetness, with saccharin, floral, and bitter notes towards the end of the sip. I would say it’s “very sweet,” but still falls short of discovering “too sweet,” which is something I have only heard of, and have never tasted. I shall try brewing it stronger next time. It would also be worth trying as a sweetener in a sweet tea, as Sara has done.

Oh. Oh. Amazing. I tried it with 5 grams of leaf in 12 ounces of water, and… my face is puckering up! Is it too much of the other flavors, or is this actually too sweet? I can drink it, but whoa. I think it is too sweet. Thank you, Yunomi, for this experience. It’s amazing.

I couldn’t even drink 2g in 12 ounces of water without getting sick feeling from it. I can handle maybe a single leaf in a cup that small, but I kinda gave up on trying to do the small cups and now I just make it in 1L like their instructions say… 2g to 1L, AND brewed with a strong black tea like Yorkshire Gold. The cold brew sweetened black tea is quite nice.

Note: This stuff can be resteeped lots of times and keeps giving out sweetness. It’s crazy.

I need a new nightly tisane, and was looking through my oldest herbals on my spreadsheet and came across this. I ordered this tea sampler from the Kunohe Village Revitalization Project through Yunomi a long time ago… I was expecting “sweet” based on the name, but didn’t know much about it. Apparently these dried Hydrangea leaves make a sweet tea that is known as “Buddha’s Tea” and drank on his birthday. (I’m quite a fan of Japanese culture but this was all new to me!)

The instructions on the packet are for a full liter, not a cup, so I kinda had to wing it, not knowing how much to brew. A tea blog said they use two leaves (1g) per 100ml so I went with that… but they were also doing gong fu preparation, and I’m more of a western brewer, so I’m still not sure if that’s going to be way too strong…

It steeps a marigold color and smells very floral, but not a flower I could place. There is a honey-like sweetness in the aroma, as well… I think the florality in the scent is driving in a wildflower honey vibe. There is also something about the aroma that smells herbaceous, like a wet straw sort of aroma.

WOAH! It tastes like I dissolved sugar in a cup! The mouthfeel is fuller and silkier than dropping sugar in hot water would be, but the taste! There is almost a toasty flavor, some hot hay, definitely a wildflower vibe, and then a thick, coating sweetness. The feel of it on the mouth sort of reminds me of licorice root, except it tastes more like sugar. So sugar with the coating mouthfeel and lingering aftertaste that licorice root provides? Something like that.

I really have no problem drinking this myself, but I definitely think this little oddity of a tisane would be way too sweet for most. Perhaps dropping the amount of leaf used or the steep time could produce a cup better attuned to one’s personal sweetness levels, though. I do think I brewed this too strong as I’m starting to get that heavy feeling in the stomach that one can get from eating too many sweets. I couldn’t finish the whole cup! (You know that feeling when you think you can eat the whole slice of cheesecake, then you hit that bite where you suddenly realize, “I cannot eat this whole slice of cheesecake”? Very much those feels!) I’ll definitely be playing around with the amount/steeping times.

I was quite curious to see how this would work blended with other things to add sweetness… So my next cup I decided to mix some leaves with plain hibiscus. Everyone (but me, apparently) thinks hibiscus is “too tart”, right? Unsurprisingly, this is the sweetest cup of hibiscus tea I’ve had! Hibiscus too sour for you? Try dropping a leaf or two of this stuff in it…

I also want to try making Southern Sweet Tea using this in lieu of the sugar!

Sounds fun, I’d be interested to see tea blends sold using this as an ingredient.

I was thinking about that too. I put just two leaves of this to steep with plain hibiscus flowers, and it tasted spot-on for that really sweet cranberry juice sold in stores.

As someone who has never experienced “too sweet,” even after occasionally eating sugar cubes and doing shots of maple syrup, I had to buy this, lol. I wonder how strong I can make it… will start out light and try it gradually stronger.