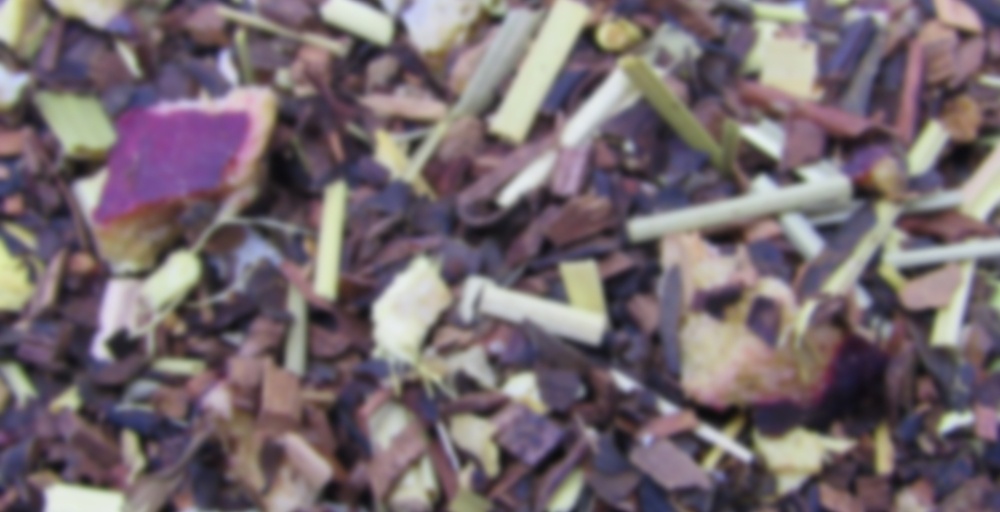 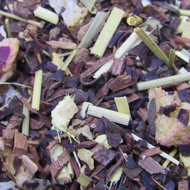 Tea Description: For the third of four brand new tea blends for our 12 Teas of Christmas box for 2021, I created a tea inspired by a treat I encountered last year about this time called Pryanik – a Russian baked sweet treat similar to gingerbread made of flour & honey.

I received a commercially prepared version of this treat (via Universal Yums) & it was a slightly dry cookie-ish kind of sweet that tasted very little of ginger or gingerbread – or honey, for that matter. Despite that, I found this treat to be rather enjoyable. It wasn’t overly spicy. It was a bit like a dense yet soft, mildly spiced cookie with a very thin layer of plum-y filling & a thin, crisp, sugary glaze on top. I don’t recall it tasting strongly of any one particular ingredient & I think I liked the IDEA of a Plum Pryanik more than the actual thing – or at least – that particular actual thing. I’m sure that anyone who makes this stuff at home – I’m sure it’s really awesome.

Anyway, I was inspired to create a tea with these flavors: gingerbread (a little stronger with the ginger because that’s how I roll), honey & plum. I started with organic honeybush & a little lemon grass because one of the recipes I found for Pryanik included a lemon-y glaze & it sounded good like that. Then I added spices like cinnamon, cardamom, nutmeg, aniseed & of course, ginger (I used organic candied ginger in this) & some freeze-dried plums as well as a little bit of honey essence to create a Pryanik experience for your teacup. It’s got a lot of stuff going on in this blend – but it all works together really nicely & since it was that experience with something that called itself Pryanik that inspired this blend, I decided to call this tea Plum Pryanik. It’s naturally caffeine-free which makes this a delightful late-night ‘snack’. It’s also organic, vegan, gluten-free, allergen-free & all natural – not to mention YUMMY!

to brew: shake the pouch really well – this blend has a bunch of ingredients & the flavor is best when all these ingredients are represented in each measurement. Use 3 ½ grams of tea to 12oz of very hot water (195°F) & steep for 10 minutes. Strain & allow to cool for at least 5 minutes & it’s even better if you allow it to cool for 10 minutes. Enjoy!

I don’t taste any plum, but I notice mild spices on a nice rooibos base. This tastes pleasant, but not special. The second time I had this, I had it with no milk so that I could taste the flavors a little better. I guess I can see maybe a hint of plum? Not really though. It’s similar to other flavored rooibos blends I’ve had before, maybe the caramel monkey bread from forever ago?

For some reason I never tried this during the actual advent season.

This is a nice nighttime option. It’s spicy and a bit citrusy. Warm and comforting.

This tea has a most interesting flavour, with the lemongrass and spicing that I can’t quite place. It does remind me of some European spiced cookies I’ve had in the past – I wouldn’t have thought lemongrass would be involved, but I’m not great at breaking down complex uh… compound? flavours. I do not taste plum at all, or at least, not in the plum flavouring way that I expect. An interesting blend.

The rare mood to have an uncaffeinated tea struck me last night. This blend is all spiced wine, including that slight catch at the back of the throat.

This cup has a nice citrus rind presence, but, for me, the plum is absent. What I am getting is the slightest bit of rose.

My first cup was a nightstand tea that ended up serving as excellent breakfast tea – spiced red fruit almost in the vein of glühwein, but with a subtle jammy quality. The second was hot and still pretty good. My sipdown was more muted but still enjoyable.

I am familiar with the cookie filling flavour this tea is inspired by (sort of), although I wasn’t certain why this flavour profile tasted so familiar to me. Then someone dropped off Croatian baked goods on Christmas, which were followed by German cookies – many with different variations of spiced jam filling; somewhere in that cookie-eating daze there was a filling that tasted identical to this blend. I wish I’d eaten that cookie alongside this tea.

And this marks the last of my advent teas. Until next year, delicious teas!

Well done with working through the advents!

Backlogged Advent Note
52 Teas 12 Days Of Tea Advent: Day 9
The dry leaf smell made me a bit nervous but I was surprised by this one. I also had no idea what a plum pryanik was when I smelled the dry leaf. I looked it up afterward and they look like really tasty cookies. Really enjoyed this one as it’s such a unique herbal tea. The honey taste in this one was really good. The lemongrass was such a lovely contrast to the spices. The second steep was somewhat weak but reminded me of cola probably from the spices in this tea.
More to be added later after the holidays.

My tea-making abilities have been slightly hampered by my parents’ lack of a real kettle… we have to use the hot water heating element of their coffeemaker. (They don’t even drink coffee!) It’s a far cry from our variable temperature kettle! I feel like I’m not doing these teas justice.

I’ve never had the cookies that inspired this tea, so I can’t compare the flavors. I got a deep plumminess layered under an almost floral spiciness—a very cozy, holiday-appropriate flavor profile.

At least if they don’t even drink coffee, you won’t end up with that awful “old leftover coffee” taste permeating your tea, which I’ve gotten from trying to use hotel coffee pots or the Keurig at work. Now I end up taking up valuable suitcase space to pack my kettle…

Funny you mentioned it, because the stale coffee taste showed up in my tea yesterday! Blech.

(My siblings and I use the coffeemaker when we’re visiting, and I guess my dad does brew a pot occasionally… hence the permeating flavor!)

The 9th Tea of Christmas – I was interested in reading what others thought of this – I personally LOVE it & it tastes a lot like the bit of Pryanik I had last year. It didn’t really taste cake-y or even entirely like a gingery gingerbread. It tasted a bit like … imagine a fig newton, but the cake part was made with spices & sweetened with honey rather than sugar & instead of fig, you had a thin, plum-y jam-ish sort of filling.

The honeybush I use has often been described as “peppery” & I think it works well with the spices in this blend. It’s sweet & mildly spiced with notes of plum & hints of honey. Tasty!

I genuinely love when I have to look up ingredients or names of tea because they’re introducing me to something I’m not familiar with – it’s a merger of a general love of experiencing and trying new food/flavour sensations and a natural curiosity and excitement about learning all things tea.

So when I saw “Pryanik” in the name this morning and didn’t recognize it as either an ingredient, food, tea garden or anything of that nature I was excited. After looking it up I now know that Pryaniki are Russian spice cookies! They look pretty yummy and I can definitely see how plum would compliment that type of profile. It’s a really, really fun and creative holiday type of profile that kind of escapes the cliche of all wintery plum teas being “sugar plum” flavoured. I dig it!

It’s hard to say if the taste is anything like the actual cookies because I’ve never had one. I don’t really get anything cookie like here aside from maybe a very loose gingerbread comparison? The medley of the several different spices with the more cooked and syrupy plum-type notes is pleasant though! I say “plum-type” because it’s tricky to get plum flavouring right and I don’t know that I’d name this as plum blindly – but it’s definitely in that lovely sweet stonefruit type of realm, for sure. The most out of place flavour element here for me was the lemongrass. I didn’t feel like it made sense to me for the profile, though it didn’t taste particularly unpleasant.

I can see why Nik likened this to potpourri because it is a really busy profile overall and there’s a sort of hint of floral flavour in the undertones alongside that spice medley. However, I found it soothing overall and really appreciated the creativity. The fruity honeybush/spice combo works well for me. They’re different tasting in many ways, but I found myself thinking of 52Teas’ Blueberry Cobbler Honeybush which I suppose is similar(ish) because it’s also got this sweet cooked/jammy fruit flavour with spices on the honeybush base.

It should be called Plum-Pourri. Overpowering potpourri fragrance and what I imagine the flavour might be. I love bold blends but this one wasn’t for me.