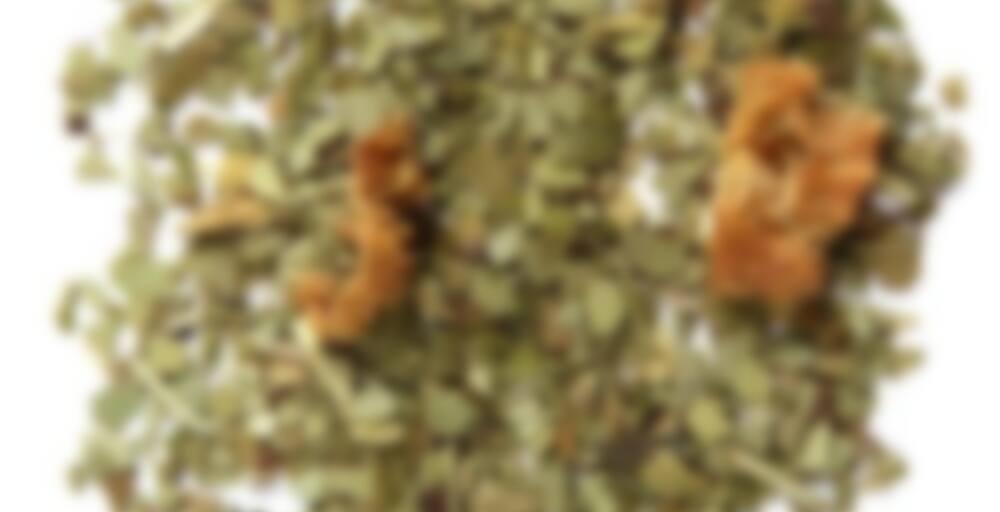 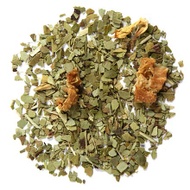 by Adagio Teas
61
You

“Energizing Argentine Yerba Mate blended with the refreshing taste of citrus fruits. Enjoyed hot or iced it is sure to please mate fans with its lively character and renew your zest for life. Please note that all Mate varieties contains caffeine; we would not suggest it as a nightcap.”

This is Fiance’s favorite tea EVER. We buy it by the pound for him at work.

But. Man. I’m just not a mate person. I like Teavana’s usually mate because, let’s face it, there’s honestly not much mate there. This pretty much seals the deal on mate for me, though. Like most mate I’ve had, it’s bitter, it’s grassy, and now that I found guayusa, I don’t have to force myself to drink this.

Lot’s of mate flavor here with a touch of orange and lemon. It’s not lemon cleaner flavored, or fruit loopy either. It’s more like natural oils and flavors from those fruits. Honestly, if I cared for mate more, I might enjoy it.

Mate is definitely an acquired taste.

Ohhhh i never even thought about checking out adagio’s mates. and my boyfriend also loves mate while i basically buy them for him to drink and then ignore them in my cupboard. (+1 to the swap box for me hah)

I’m not surprised Adagio started carrying yerba mate – actually I’m a bit surprised that it took them so long. Yerba mate has been fairly well known in N. America for several years at least – I remember seeing bags of Guayaki in the grocery store since I was a kid – so it’s certainly not a new thing. I am admittedly a sucker for free samples so when Adagio offered the set of four free with a $19 purchase I was sold – even though I found out later that Adagio upped their shipping cost to Canada much to my annoyance.

The dry mate smelled wonderful when I opened the sample bag and took a sniff. It was a fresh, sweet, orangy and lemony scent that made me think of candies. After it brewed it smelled more like those Vicks lozanges – but since those are practically candy anyway it’s not a bad thing. :D

Unfortunately the sweetness of the scent didn’t transfere over to the taste for the most part – the resulting drink’s flavour is sort of a mild, citrusy grassy-herbal flavour with the faintest of bitter edges at the end of each sip. The flavour doesn’t taste fake which is a point in its favor, and except for the very end it feels quite smooth in the mouth.

It resteeps well like most yerba mates do and it held on to its citrus flavour decently. Lack of flavour when resteeping is fault I’ve noticed with most of Adagio’s favoured blends. I’m not sure if it’s the mate base or if they’ve improved their blending methods but this is an improvement certainly.

This smells like orange zest! What an awesome “wake me up” scent.
After brewing, the citrus and wood scents sit right next to each other. My favorite household job is polishing the piano – this is kind of a comforting blend of scents. There is something a little sweet behind it, it’s not like… pine sol or anything!
The actual flavor is really really strange. I liked the plain yerba and I liked the scent of this spiced yerba… not sure about the flavor. It almost tastes like lemon chicken, but with some of the actual … chicken-ness added. (I should note here that my sister just made me a plain omelette which I also thought had chicken in it. I think I’m just tasting the spices. So the tea might not really taste like chicken) :)
It really woke me up, either way!

I found my samples of mates by Adagio in my cupboard. I put them in my “daily teas box” so I can reach for them more. I tried this for the first time. I wanted something bright and cheerful. Citrus sounds right. This smells like lemongrass… very strongly. This tea reminds me of a tea that I’ve had before. Perhaps a Numi lemony mate? I am not sure. Regardless, this is a good tea. Since I love lemongrass, I am a fan. I love the hint of orange in this tea as well. It is also a bit grassy and bitter in the aftertaste. The mate mix looked powdered, so I had to use a disposable tea bag for this tea.

This is my first time having mate and I have to say I really enjoyed it. It is herbal, tastes light, and the citrus is very bright and refreshing. Plus, packs a coffee-level caffeine punch which comes in handy in the mornings. Good hot and iced.

Needing a kick this morning, so I’m trying this mate.

Dry scent is very bright and citrusy, like oils from lemons and oranges, perhaps a hint of lemongrass.

The liquor is a cloudy greenish golden with a more vegetal scent, the citrus nose is still there but a little more mild.

The taste is sweet-sour with a faint lemon zest aftertaste. There’s a grassy flavor from the mate shining through with a bit of bitterness. It’s strong but not overwhelming if you keep in mind this is definitely a citrus tea (note, I used 2 tsps for 12 oz., I needed some motivation). It would be good iced, perhaps a touch of honey.
If bitten by the citrus bug, this would do the trick for me; I would buy this again.

I’m starting to think this is best in a mix. I use it to “spike” some of my other blends for extra caffeine content, especially Teavana maté blends that contain very little actual tea. Not to say it isn’t good on its own, I just don’t prefer to drink it that way.

Great appearance before and after steeping, intense aroma in its bag, but in the end it lacks the citric flavor after being infused

My first flavored “mate” tea, I had high expectations for Citrus Mate as citrus teas have typically been among my favorites(Citron Green). having said that, I was a little disappointed in citrus mate. It isn’t bad, but the citrus flavor is much weaker than expected. The typical dark, earthy tones of mate are a little overpowering. I guess it has more to do with my expectations, but it still just isn’t as good as I was expecting. Having complained about that enough, it is a decent tea, especially if you are a mate fan. The citrus does take some of the edge off of the mate flavor, just not enough for me!

See this and all my reviews at http://www.teageek.org