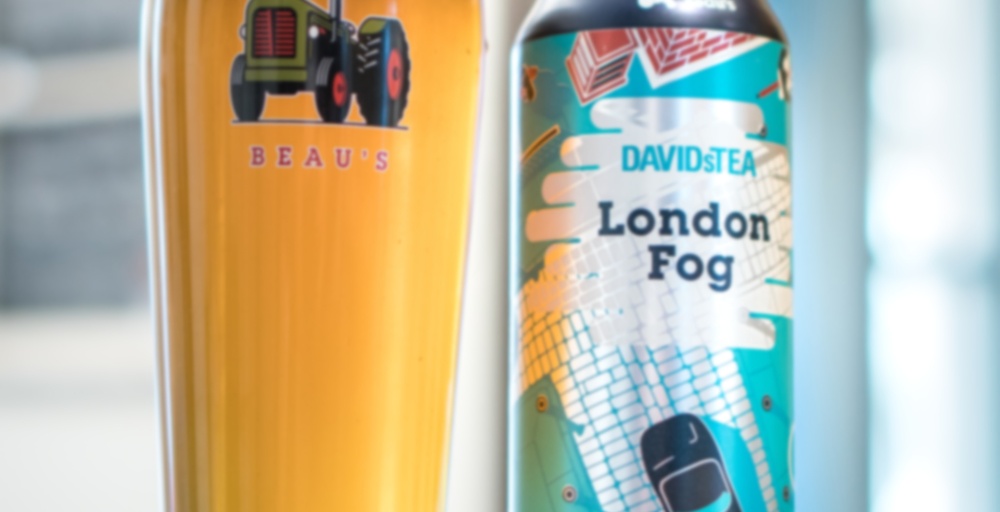 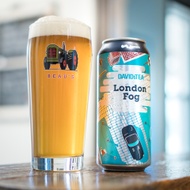 by Beau's Brewery
--
You

London Fog is brewed with an infusion of DAVIDsTEA Organic Cream of Earl Grey tea blend. We’ve added rich vanilla and organic lactose (milk sugar) to create the creamy, comforting experience of an earl grey latte… in a beer! Go ahead and treat yourself to a mug of this full flavoured, decadent golden ale.

History & Style
London Fog is a hot beverage of Earl Grey tea, vanilla and steamed milk. To create a London Fog inspired beer, Beau’s enlisted the tea masters at DAVIDsTEA to partner with us on this tasty adventure. Their organic Cream of Earl Grey was exactly the right blend, with the beer enhancing the inherent qualities of the popular DAVIDsTEA blend, including its full flavour.

Tasting Notes
DAVIDsTEA London Fog pours gold with a white foam. The aroma is reminiscent of Earl Grey Tea. The flavour is tea-like and features rich vanilla character in the finish.

Food Pairings
Greek or other fresh salads, light mild sandwiches (like cucumber), and tea-time desserts, such as shortbread biscuits.

Long, long day at work today and then came home to my roommates completely going at it and yelling at one another, which lasted for a full hour. They switched back and forth between Chinese and English so I caught some it and, from what I did catch, it seemed like a pretty stupid argument…

Honestly, after all of that I just wanted a beer. Thankfully, I had one in the fridge – so I broke out the extra can of DT & Beau’s collaborative London Fog beer to drink with some greasy, cheesy quesadillas. I’m not gonna do a big write up – I’ve done that already for this tea beer. Instead I’m just going to enjoy this drink and enjoy the fact that it seems to work with this highly greasy, indulgent “bar food” type of dinner I’m having.