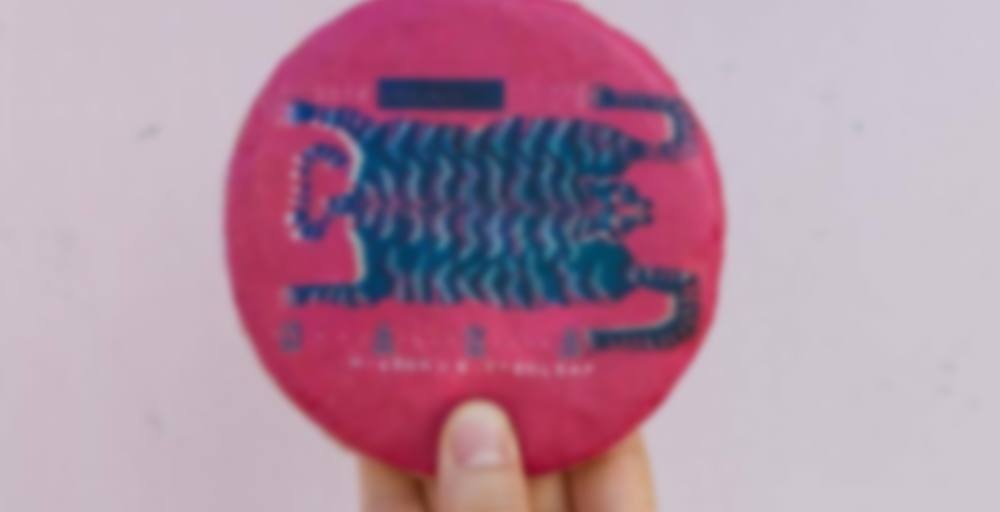 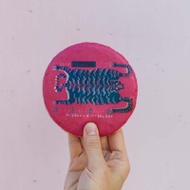 by Bitterleaf Teas
84
You

Sometimes a name is enough. In this tea’s case, Naka is all that’s needed.

This tea packs a punch, with a very strong chaqi and body feeling. The fragrance and flavour are alluring, exhibiting a noticeable peach-like flavour and strong sweetness in the later steeps. There is also a strong cup scent left behind in the early brews.

While we’ll refrain from throwing around any tree age figures, we will say that this tea is made from very old and very large trees, of which all are numbered. This is reflected in the brewed tea, with a dense soup that is not necessarily loud up front, but exceptionally thick in the middle of the mouth. The huigan and aftertaste is also quite strong, causing a noticeable salivating sensation.

Much of the terrain around Naka is quite rocky, which is why tea from here is also said to possess “yanyun” – a term that vaguely refers to the appeal/effect/qualities that a rocky region imparts on tea from there, most often associated with Wuyi yancha. This group of qualities can include the chagi/energy, texture, taste and huigan/lingering fragrance. The exact translation of the term may be a bit elusive, but it’s safe to say tea from Naka enjoys the benefit of coming from a unique environment.

We recommend taking it slow and drinking this tea when you have the time and ability to focus. Drinking this tea is like having a conversation with a wise, old man. Take a short break midway through (6th or 7th brew) to appreciate the huigan and sensory aspects, as the tea will still have plenty to offer upon returning.

Artwork for this tea’s wrapper is courtesy of UK based textile designer and illustrator, Sofia Salazar, aka Hiedra. You should definitely check out her work and browse her shop, as well as follow her on Instagram.

This tea is available as a 100g cake, or 7g dragon balls sold individually or a pack of 3.

Bitterleaf deciding to call this tea simply Naka tells you something about the prestige the area has garnered. I tried this tea last summer right after it had come out, but like many other teas from that spring, I ended up coming to the conclusion that it needed more time. I’m trying not to repeat the same mistake with this spring’s teas, and as I wait for my Bitterleaf ’19 teas to tighten up a little, I’m starting off with a few samples from last year that I reordered to revisit them. This tea is one of them.

Placing the dragon ball in a pre-heated gaiwan, I’m smelling chocolate chip oatmeal cookies. That’s rad! I’ve never smelled anything like that coming from a tea. My standard 30s rinse for a dragon ball. Sadly the cookie aroma is gone now and replaced by a much more standard sheng aroma. The wash has a great, oily body. Great vegetal sweetness. Very aromatic in the mouth and nose. Aftertaste is prominent, very floral. Already my breathing is beginning to grow slightly labored and the back of my head is starting to prickle. With a few minutes having passed, I proceed with the infusions, the leaves now properly soaked up.

I did a total of fourteen infusions, the timing for these 20s, 8s, 8s, 6s, 6s, 8s, 10s, 12s, 15s, 20s, 30s, 45s, 75s and 2 min. respectively. Naka starts off light and subtle, but with a heady qi right out of the gate. The flavors are mostly sweet and mineral in the early steeps, developing more into the vegetal and green territory in the middle steeps with a touch of astringency. Once I helped the ball come undone after the third steep, the strength increased notably as one would expect and I was able to stick to sub-ten second infusions for the first half a dozen brews.

The body stayed on the thick side throughout the session, never really faltering, but there wasn’t really much going on texturally apart from some occasional oiliness. What I’ve already said about the flavor pretty much covers it, so really the main focus here is the qi. It was very noticeable and on the aggressive side, albeit not as unfriendly as some Bulang teas for example. Toward the end I was feeling quite intoxicated and giggly, with my muscles aching all over. Driving my car a couple hours later I was still feeling quite high and not fully grounded.

All in all an interesting experience. I should note that flavor-wise I recall my previous session last year being quite similar. I’m thinking the body was probably less pronounced, but I don’t really have a clear recollection. Interestingly I got no qi whatsoever, which is why that first session was ultimately quite underwhelming. I’m saying this to those interested in buying this for the qi and potential tea drunkenness: There are never any guarantees when it comes to cha qi. With some teas I get it, with some sessions I get it, other times I don’t. Everyone experiences these things differently and even you yourself will experience the same tea differently each time. That being said, this tea hit me pretty hard. Not as hard as some others, but harder than anything I’ve had recently.

While the flavors are straightforward and subtle, the longevity is excellent and this seems like one of those teas that could resteep for the rest of the day as long as you’re happy with the brews. Toward the point where I stopped, Naka had gotten somewhat refreshing and fairly smooth overall, with most of the harshness gone. There’s some huigan, but I didn’t get a crazy amount. The astringency does build slightly in the late steeps, but at least for someone like me who’s quite accustomed to it as a mainly sheng and dancong drinker, it never got too harsh.

I’m not sure I’d ever buy a tea just for the qi, and this tea is no exception. While certainly a quality tea which is reflected in the price, I’d rather pick something more textural and dynamic. Can’t wait to get to tasting spring 2019 sheng!

Just tried it one time yet
Taste really nice, got a sweetness, no bitterness and many many infusions (15 maybe more…)
Still hurts my pocket but Ill drink this only at special occasions

Naka first started out thick and full of flavor. It was really flavorfuil, oily, and very powerful. I brewed this tea warrior style (1g/10ml), and got around 22 infusions out of it. One thing I liked about Naka was that its hella complex, and right when I though I figured it out, it subtly changed again. Another aspect about this tea that I liked was that it left a heavy fragrant aftertaste in the back of the throat, and the longer the infusion, the longer the aftertaste.

You can read my full review here -