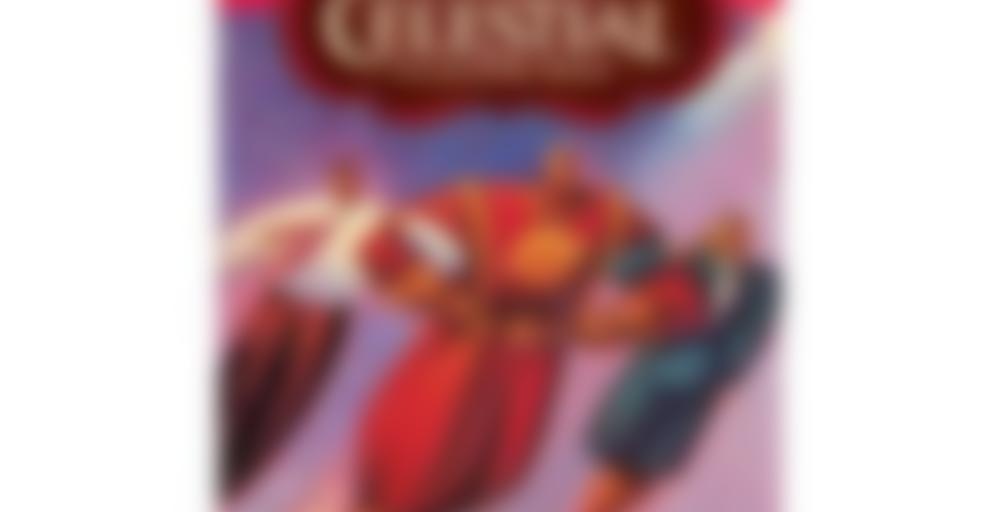 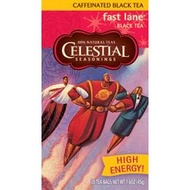 by Celestial Seasonings
80
You

Some days are like that… your “things to do” list goes way beyond your time and energy. What’s needed is jet fuel and hyperspeed. The closest you can come is Fast Lane Black Tea. This high-energy tea blend contains the Java*-grown leaves favored by the Dutch for centuries. We pack in eleuthero to create something extraordinary and strong. Legend has it that reindeer, symbols of endurance in Russia and the Orient, like to eat eleuthero in the wild. Along with eleuthero, we add spicy cinnamon and nutmeg for an exciting taste. This high-energy tea is a welcome break from coffee. When your brain’s fried but you need to stay in high gear, grab some FAST LANE… quick!

The more I drink this cuppa, the more I like it! I started my morning off with this as I needed a serious pick-me-up. Winter is the season I dread the most in Maryland as I’m no fan of snow. It’s pretty and all but such a hassle. I’m from southern California, so I’m totally biased.

Anyway… this tea makes a hearty cuppa. I love the cola and cinnamon flavors and the sweetness, which must be caused by the licorice root. I added a Sun Crystals packet because frankly I’m going through sugar withdrawal and my office doesn’t need to be subjected to that reality.

For a bagged tea, this is really decent! :)

This tea has COLA flavor? SWOON! I may have to see if I can find it even though my last attept with Celestial Seasonings holiday teas was less then setller…

I’ll send you some if you want – just PM me your addy and I’ll put in the mail by tomorrow. :) If you like cola flavors, you’ll enjoy this. :)

I’m interested, although I’m not a big licorice fan—I gather it doesn’t overpower the other ingredients? Love cola tea—I can buy it straight up in bulk from local health food store…I may have to play with that and cinnamon together.

The February Backlog: From the 1st to today.

My first cup of the day at my parent’s. My dad’s a plain Lipton’s black bagged tea kind of guy. I had asked him if he wanted tea the night before and he’d said yes. When I saw they were out of Lipton’s, I asked him what he’d been drinking and he said this. I was surprised because there was stuff in it other than just black tea. So the following morning, I chose to brew up a cup out of curiosity. The verdict? It was interesting, I think good interesting. I would try it again. It tasted like black tea with stuff in it and I’m not sure how to describe how the stuff tasted. I’ll have to pay better attention next time I drink it, if my dad hasn’t finished off the box. I cannot remember how long I steeped it for. I think around 4 minutes. I’m rating it a 54 (nice bagged tea range 50-60). I had wheaty/grainy of some type waffles with peanut butter, banana, and a drizzle of maple syrup after.

I certainly don’t drink this for the taste, so I don’t have much to say about that (other than it’s good enough for the purpose it serves)! I do wish the extra caffeine would do more for me in general but it’s still better than a regular cup of tea. If only I could wake up today…!

I discovered this gem while touring Celestial Seasoning’s plant in Boulder Thanksgiving of 2011. I highly recommend the tour and tasting room to anyone who finds themselves in the area! While on the tour, the guide told us about an extra-caffeinated tea that had been discontinued, but recently brought back into production due to its large cult following. Being a graduate student who regularly works late into the night, I had to check it out. From the first sip, I was hooked!

I bought an entire case (6 boxes) in the gift shop after the tour and ordered another case online a few months after that. I went through a phase where I was completely obsessed with this tea. I still adore it, and it’s probably the only bagged tea that I will regularly buy when it runs out. My caffeine tolerance is not what it used to be, so I haven’t enjoyed a cup of Fast Lane for a very long time until last night when I needed an extra caffeine boost. I was a little surprised by how much I still love it after making the switch to loose tea.

I love the smell of this both bagged and brewed. The cinnamon dominates and has the quality reminiscent of baked cookies (rather than red hot candies). There’s also a sweetness that I think comes from the cola nut. It’s divine. This tea is really smooth, so long as you pay attention to steeping time.

It sounds completely crazy, but sometimes I wish there was a caffeine free variety of Fast Lane. I know it completely defeats the purpose, but it tastes so damn good that I wish I could drink it more often without staying up all night!

Very good, but you have to plan in advance whenver you are goign to drink this because of the borderline amphetamine affect. However, if you’re constipated, one cup may help gt things moving again. I think this was the tea featured on a “Mad About You” episode.

Sounds pretty crazy, although it might be useful around exam time.

TBT Review!
I used to work at a hotel a couple years back and my favorite shifts were the ones that started at 4am. despite the horribly earliness of it all, I really loved how quiet and dark everything was. the bar had been closed for two hours, and the bartender had gone home an hour after that. the only noise from the basement was the sound of Mexican polka music and the laundry room washing machines humming (at times it sounded as if they were humming to the beat of the ranchero) The only other person i would see in the morning was the lone person at the front desk. I would groggily say Hi and grab keys on my way out.
I worked at the little coffeeshop attached to the hotel, across from the bar. Yeah, I had to kick out a hobo that would sleep in the entryway every once in a while, but nothing exciting happened at 4:30 in the morning.
I lived within walking distance, and it was kind of cool walking through a silent ghost town that was that part of downtown. I would maybe see three people, max. Just buzzing street lamps and steaming manhole covers. An errant runner with a dog, a stumbling drunk. In the summer, when the sun would rise earlier and earlier, i would see the tiniest whisp of glow on the horizon.
This was my usual tea i took with me on those mornings. Yeah, my coffeeshop had tea there, but none of it was a good kick in the pants as this was. And i hate coffee.
It was bland, slightly cinnamony black tea that made good use of a small dose of almond milk. It had a nice kick in it that helped me though the walk and through the morning shift.

I drink this every morning. It wakes me right up.

Liquid productivity. The delicious solution to all problems.

Absolute favorite morning tea! The caffeine load on this stuff is outstanding!

I am VERY keen to get my hands on this, but they dont sell it in my country and the Celestial webshop dont ship here either..