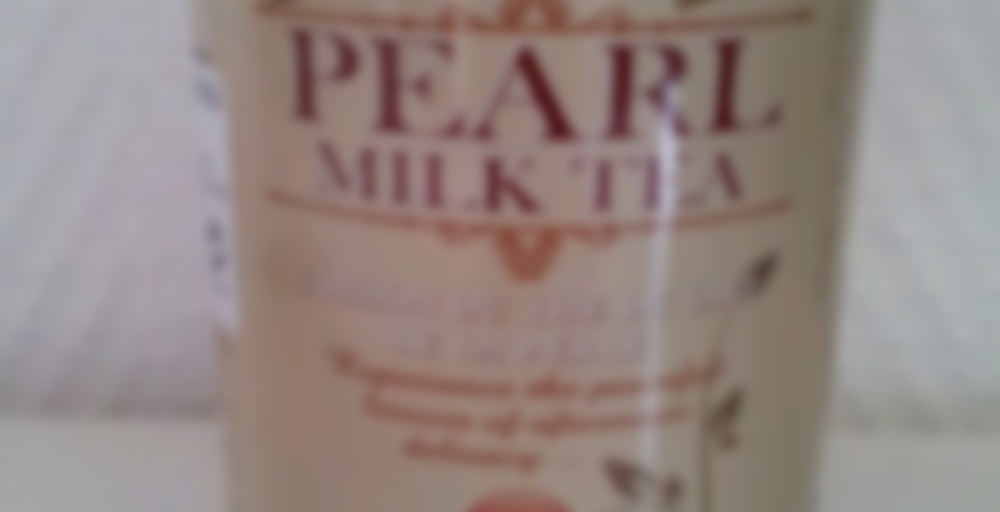 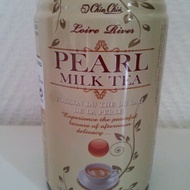 Another crazy purchase from the speciality food market. I thought this would be a good way to test a take-home version of boba/bubble tea.

In terms of the packaging, it doesn’t have the most appealing design. Maybe it’s just a cultural thing, but the flat yellow and the basic design of the can give the impression of a cheap substitute rather than a convenient portable version of the real thing.

I cracked it open and was immediately surprised by the color of the liquid. It was much more light brown than I had expected. I guess the “boba” and “pearl” in the title had distracted me from the “milk” immediately following them. So, while I was expecting a straight boba tea, it’s actually much closer to a boba tea latte.

The aroma is super sweet, you can smell the sugary cream wafting out of the can. So much so that I can’t really smell the true tea at all. And now, the tasting…

It’s actually better than I expected. I was thinking it was going to be gross and way too artificial, but it’s not. It’s a tea latte with tons of milk and sugar, surprisingly so. Now I see why it smelled the way it did, there’s excessive amounts of milk/cream and sugar, too much for a tea latte.

Also, whether it’s a mental thing I can’t say, I can’t get over the sense that there’s a slight yet noticeable artificial hint to all of the flavors. The milk is good, but slightly artificial. The sugar is good (if not overwhelming), but slightly artificial; and same with the tea (or what you can taste of it through the wall of sugary sweetness). I’m thinking it’s part mental and part actuality.

It takes a while to get to the bobas, without a straw you have to drink about half the can before you reach the pearls. Now the only bubble tea I’ve had before included tapioca pearls that were big and black and slimy and chewy. So I was surprised when these came out small and white and slightly crumbly when chewed. Based on the texture, my guess is that they are made from rice, which I don’t even know if that’s possible. But, similar to the black tapioca pearls, they don’t have any flavor and are just a novelty I have yet to grasp.

So, it was certainly worth the experience, just so I can have tried bubble tea in a can. If you can deal with seemingly artificial flavors, then this might work for you. If you’re looking for a true tea or true boba experience, I’d go elsewhere.

Do you order the big straws too?

It’s bubble tea in a can! It’s… not bad, actually, although not the most inspiring thing ever. I also bought tapioca pearls and am looking forward to making bubble tea myself!

On the contrary of the two other tasters, I have found this one pretty close to the original bubble tea taste. But as they have changed the packaging, I think they also have improved the product itself so that’ s the reason why we have different opinions on the same product.

Now the packaging is much more cuter, giving a feeling of delicacy and says “hey buy me! <3” instead of the ugly yellowish-brown old picture from before where you just wanted to run away from it.

About the bereage itself, it is very yummy actually, just the right amount of sweetness and milk blended with the black tea and the tapioca bubbles. I can’t get enough of it and each time I go to the Chinese supermarket I buy a few of these. But often, they’re out of stock so I guess that shows how much people like! ;)

If I’d had to criticize one thing though, it would be the size of the bubbles, they are SO surprisingly tiny! But I guess the original size would have been a trouble to go trough the opening of the can… Still a bit bigger would have been nice!

Last but not least, for people who care, the ingredients are “clean”, nothing bad in this bubble tea, just tea, brown cane sugar, milk and tapioca.