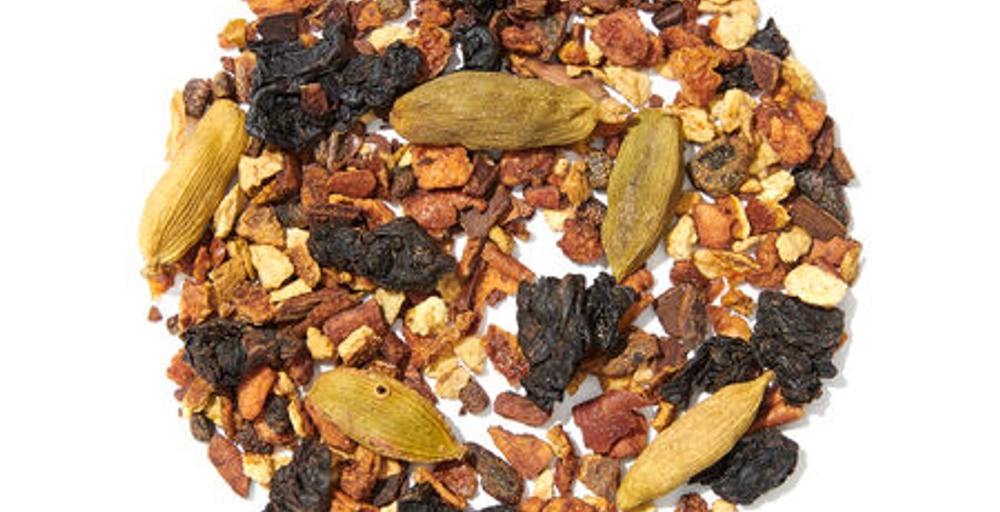 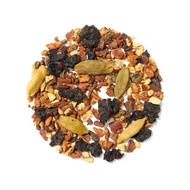 How it tastes
Rich and citrusy, with a sweet and spicy hint of cinnamon

With warm cinnamon, cardamom and zesty orange peel, this cozy oolong is the best way to wake up on a winter morning. A rich caffeinated breakfast tea, it’s got all the comforting, melt-in-your-mouth flavours of a spicy baked treat. Tangy but not overly sweet, it’ll have you leaping out of bed in no time!

What makes it great:
• Looking for an energizing breakfast tea? This oolong will perk you right up.
• We love sipping this rich and tangy blend with brunch.
• Alert: Cinnamon is known for its focus-boosting properties.

Hmm, another one of those teas that claims to be “oolong” but is like 90% fruit and other ingredients. It has a strong candy cinnamon smell, similar to Harney’s Hot Cinnamon Spice.

It tastes fairly similar too, although blander and with a stronger orange presence. I definitely don’t taste the oolong, not that I’m surprised. Otherwise it seems like a generic sweet cinnamon tea. There is a bit of bitterness coming from something, not sure if it’s because cinnamon is the first ingredient and it can have a bitter edge.

I’m relighting my Tea love, all thanks to my boyfriend who got me a super cute and easy to use travel mug so it’s so easy to bring tea to work now!

Got this tea last year and I only got around to drinking it now…. oops… Was so excited to give this a try since it smelled AMAZING but the taste wasn’t as great. Maybe because I’ve had it for a while but idk. Still good ish, but not what I was expecting. Bright christmassy smell once you open the tin, the taste gets a little lost and muddled. Not as christmassy as I would like it to be.

Woke up with a sore throat and I thought that this bit of “spice-y” tea would help. Yes it does and it’s helping soothe my throat, just not a fan of the taste! Also I currently don’t own any ginger or lemon teas… I should get my hands on some but it’s been my goal to get through my teas to at least half before buying more!

Lovely seeing you back! :)

I got this in the advent calendar and then I bought a gift set of 4, one of them was Zest Wishes. I don’t really remember it from the advent calendar so it was nice to get to try again. Mmmm I taste cinnamon- orange. It’s a nice orange, definitely ‘zest’. It’s really warming me from the inside out. A great winter tea that’s for sure!

It’s ok, but a bit too sweet for my liking.

This. May just be my new favourite. Such a warming cinnamon and orange flavour. I also love the fact that this is an oolong. Meaning I can definitely resteep it a second time! :)
I love the orange and spice notes! I will definitely grab a full tin of this one!

Sipdown! Another sample with my recent DT order. Cinnamon and orange zest was pretty accurate – definitely a Christmassy feeling to it. Unfortunately, I didn’t find that there was much in the way of oolong making an appearance here, which I had hoped it would. This may as well have been an herbal tea from what I could taste. So, although the flavour matches the description, and it tastes just fine, it loses points on the oolong aspect.

One of the two new blends from this year’s first in store Winter/Holiday collection. I was intrigued by the name of this one when it was announced to staff; zest definitely implies a citrus blend and I couldn’t think of how that would be spun to be a winter appropriate flavour. Mostly because I was imagining it as a lemon blend ’cause DT seems to have an obsession with creating new lemon blends.

When I found out it was a spiced orange blend that made a lot more sense to me though; we carry another blend like that (Spice Is Right) and I’ve always said that I associate that flavour with Winter/Christmas for whatever reason. I got my first taste of this as a free sample with an online order, which actually arrived before the collection had officially come out. I was really excited to try it!

Steeped up… I think it’s a little boring!?

I mean, the tea smells totally fine as dry leaf and while steeping/steeped and the taste is certainly not bad at all – but it’s kind of unexciting and doesn’t really bring anything to the table (flavour wise) that I think isn’t already present in the teas that we carry year round. We already have an oolong with that sweet/bright orange flavour (The Skinny) and as I mentioned already there is ALSO another spiced orange blend. This one isn’t even as strongly spice flavoured as Spice Is Right; it’s like a milder/stripped down version of it. I guess that’s a win if you find Spice Is Right to be too intense!? However I like Spice Is Right exactly how it is so a milder version of it is just not interesting to me.

I placed an order online to stock up on some matcha just so I could try this tea! This tea smells heavenly-like oranges with a hint of spices. It also tastes like oranges and spices.