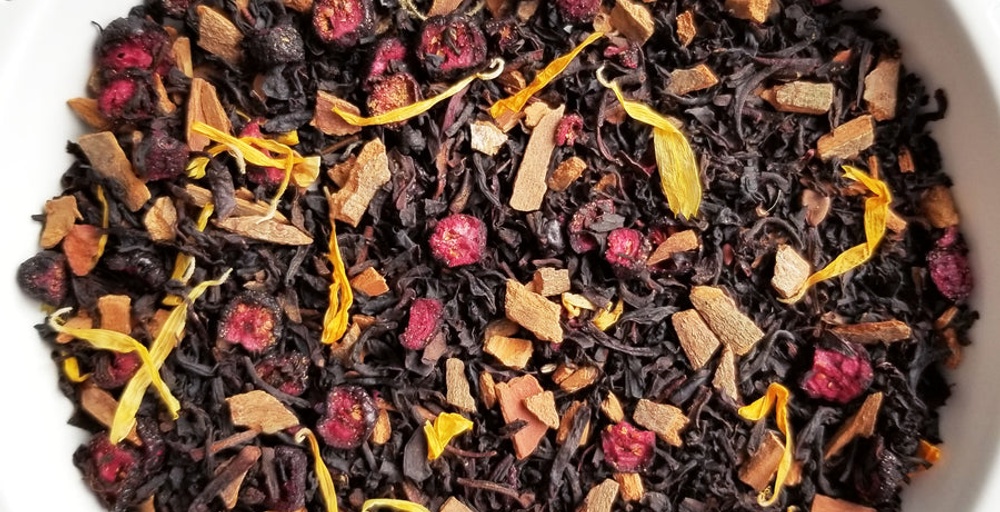 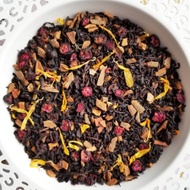 by Dessert by Deb
77
You

From Dessert by Deb

Welcome to Deb’s Dessert Diner! Where the sweets are a little classic, a little vintage, and all sorts of delicious. No diner is complete without a big fluffy stack of mouthwatering flapjacks and pancakes bursting with sweet and juicy blueberries! This black tea blend boasts a hit of cinnamon, blueberries, and that tang of buttermilk we all know and love. Order up! Tea is served.

About Dessert by Deb View company

Dessert by Deb is an organic tea company and lifestyle brand based in Toronto, Canada. At Dessert by Deb, it's tea time all the time because tea isn't just a drink - it's a way of life. From stationery and paper products, to kitchen accessories, to sweet and delicious organic dessert teas inspired by afternoon tea, patisseries, and baked goods, there are plenty of ways to bring the joy of teatime into your everyday life. Join the tea party!

First up: This tea, Blueberry Buttermilk Short Stack Pancakes vs. Unicorn Fluff by the NecessiTeas. You can check out the tasting note for that here: https://steepster.com/teas/the-necessiteas/93051-unicorn-fluff?post=422971

This is my first time having this tea and it has the pancake thing going against it since I am off that flavor right now. That said, it isn’t overly pancake tasting to me. It has cooled slightly so perhaps that has something to do with it but I am getting a very dark blueberry flavor. Not much sweetness at all. Just strong/brisk black tea base, and some blueberry – true to the berry itself, though a not very sweet berry. Also as I kept drinking I got something that was almost cinnamon-like, which isn’t meant to be here. I am wondering if that is something I am getting from the base tea?

I also have to say it may be my tastebuds that are off today because Unicorn Fluff also doesn’t have much sweetness, and it usually has more. Nevertheless, I think the briskness lost it for this tea in my opinion. I am just not a fan of that, but for those that don’t mind it, this could be a fun take on a “breakfast” tea.

I mostly got blueberry and cinnamon from this one as well, so it ended up reminding me more of a blueberry coffeecake.

I still don’t have any oat milk in the house but this blend has been continually growing on me as I’ve had it hot, so I’ve decided to just push on and finish it off as a hot tea. This cup was particularly blueberry forward with a buttery undertone and nice hint of cinnamon. Brisk, flavourful, and starting to feel very familiar and cozy. One more cup to go…

This cup was particularly sweet and tasty! Lots of the palm sugar was at the bottom of the packet, and the sweetness really helped enhance the ‘pancake’ experience. The hibiscus here is used really well- the slight tanginess makes the blueberry taste more authentic.

I really like blueberry teas and I think this may be the only one I have right now so I’m making it last! I made this today with a little bit of oat milk and it was sweet blueberry, with a little bit of cinnamon and cream. I don’t get a pancake or bread flavor which is disappointing but I really like the blueberry cinnamon combo. I’m surprised to see that hibiscus is on the ingredients list since I’m usually sensitive to the taste of it in hot teas. I don’t really pick up hibiscus or any tartness at all.

Overall, I enjoy this one and may get it again but I feel like my heart could easily be stolen by another blueberry tea coming along

Trying this one out today after watching Deb’s sweet spring release video yesterday on Instagram. I received this in my subscription box, but it’s also available to purchase now.

I will say, this is quite enjoyable but it doesn’t say “pancakes” to me. There’s no maple (an odd choice IMO given how often she uses it) or any other ingredient that emulates butteriness. However, there is cinnamon, which makes it taste more like a blueberry coffee cake. I don’t taste much tartness from the hibiscus in this cup. So really it’s a mostly sweet, jammy blueberry with cinnamon. Not sure about the cream flavoring, maybe it’s a small amount?

Anyway, it’s perfectly pleasant! Not something I would order as I don’t find myself gravitating that much toward dessert teas lately, and I already have some blueberry and cinnamon sort of teas in my cupboard. But I’ll happily finish the pouch!