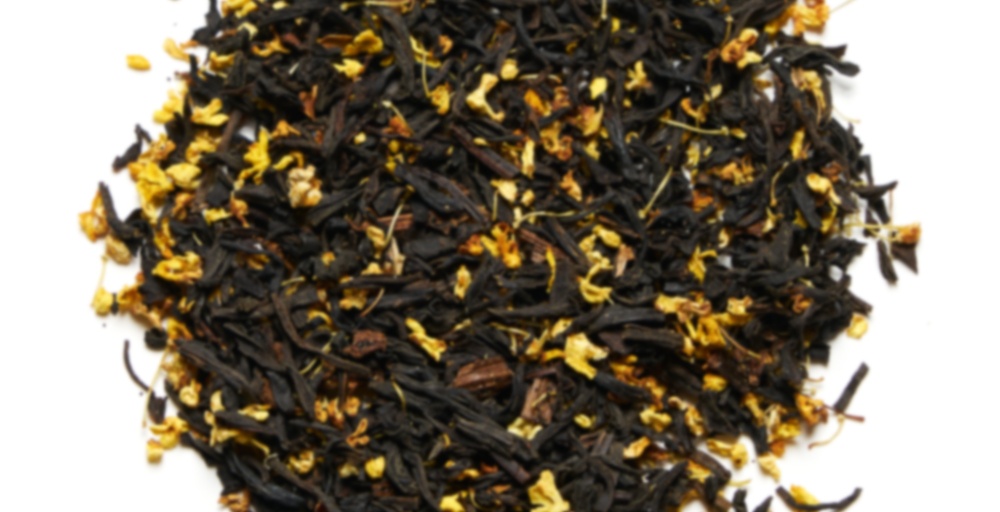 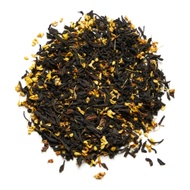 This slightly astringent black tea is blended with Osmanthus, a small flower, originally from China, reminiscent of peaches which is often used for steeping. We also added premium, dried vanilla beans. The infusion is smooth and fruity, without being overly intense or sweet. Well worth a try!

Sampled from the TTB, and I might have to keep some of it! This is so tasty. I wasn’t expecting much because the scent of the dry leaf was verging on that almost artificial vanilla cake scent that can be a bit cloying, but happily the tea itself has a much more refined vanilla flavor. It’s a light but true vanilla, subtle but present.

I don’t think I’ve ever had osmanthus before, and I’m not quite sure I can pinpoint the flavor in this blend—I guess it’s the kind of floral note? Regardless, it works very well with the vanilla. Yum!

V is for… Vanilla Osmanthus!

Ok, now this is proper vanilla tea. Not really sweet/creamy/custardy like the way you so typically see vanilla flavoured things presented to North Americans but an authentic and aromatic vanilla! I have nothing against that style of vanilla – but it is definitely weird to me that the sort of vanilla flavour of vanilla ice cream has become the default for so many people – and it’s just refreshing having this level of high quality, realistic vanilla in my tea rotation…

I learned this term from my good friend/coworker Marika a few years back – but the “caviar” (the small black “speckles” that you scrape from the inside of a vanilla bean) of the vanilla bean used in my measured leaf actually formed a ring around the interior of my mug because there’s that much vanilla actually in the tea blend. It’s impressive – vanilla is one of the most expensive spices in the world and this tea is just so full of such high quality vanilla. It infuses alongside the deep, darker cocoa, malt, and red fruit notes of this black tea really, really well.

I know I say this about pretty much every tea from this shop, but the level of detail, quality and authenticity they put into everything they do… mind blowing!

I miss the rare tea that leaves the vanilla speckles on the mug!