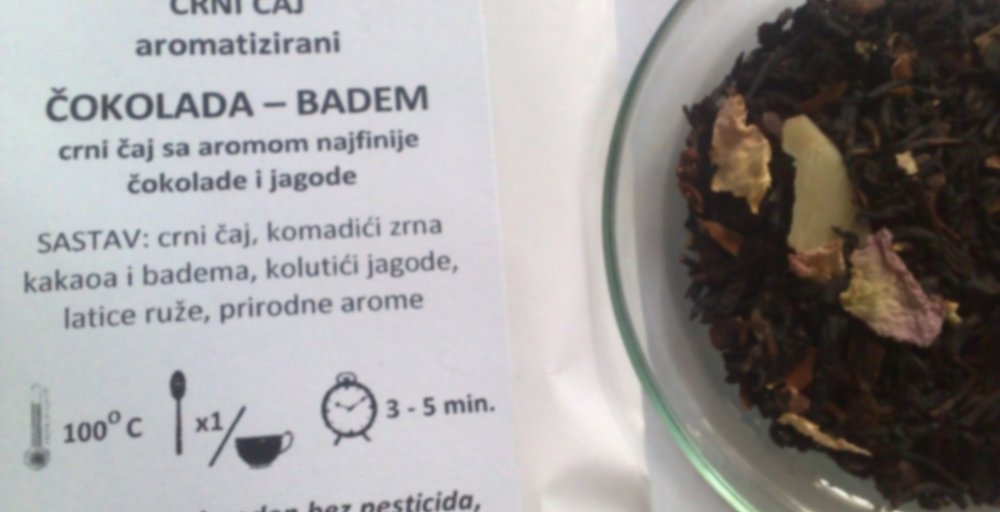 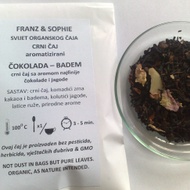 I’ve been waiting too long to drink a cuppa of this one again . Few months ago I was offered a cup of this tea in tea shop in Sarajevo, and I was quite impressed with it, but didn’t buy any since I had it all planned out – bought some greens and oolongs instead. Tomorrow morning I had regrets for not buying it, and when I came back to buy some , there wasn’t any… I guess that tells you if certain tea is good – reminds me of my ex telling me that the best cakes in pastry shop are the ones that are out of stock.
I was excited the other day to see a fresh batch of this perfect black blend and grabbed some without much thought.

This blend has one of the best aromas (if not the very best) I stumbled upon so far. Full bodied cocoa note goes so well with almond in ways that can’t be described. I’m almost tempted to eat all broken cocoa seeds and almond slices in it. Actually, I nibble some cocoa while waiting for water to boil, and sometimes I try to pick out as much of it as I can from strained leaves while waiting for the tea to cool a bit.
Tea is not expensive – 5,95 BAM / 50 gr (or $3.87 at the moment). If you ever come to Sarajevo, I strongly recommend that you at least try it.

After brewing few cups, I found that 4 min brew suits me best, more than that and the tea will release some bitterness (not much though). I’m having an idea right now to steep it for 5 mins. or more and add some milk to it. I think I’ll try that later…
Anyways, cocoa note is sturdy and natural, with nutty-almond finish… and it’s the same with every sip – not the taste curve that you would usually expect with succeeding tea sips.