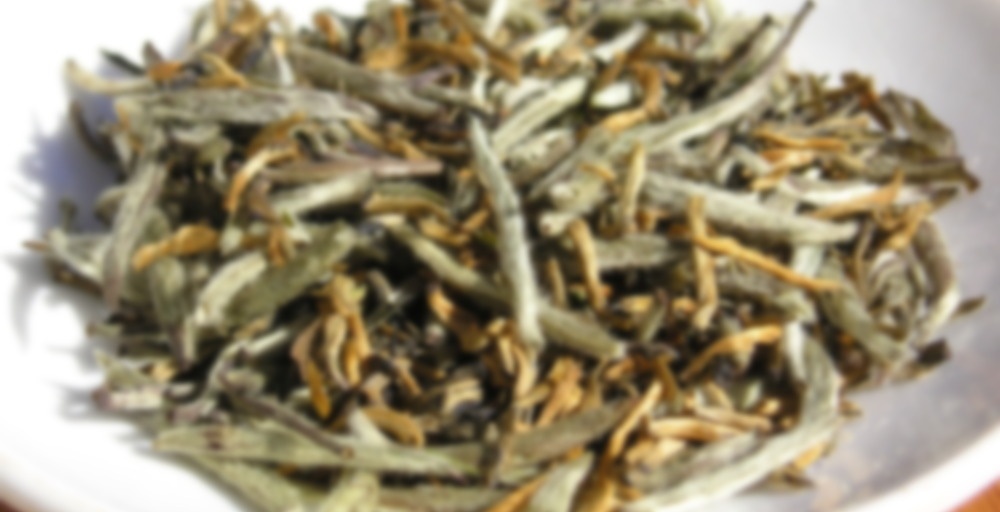 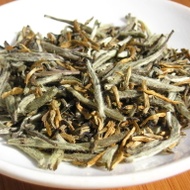 by Green Raven Tea & Coffee
73
You

A blend that screams blasphemy yet achieves balance between two very different tea processing extremes, this combines two of the most fussed-over teas of each of their respective categories to produce a smooth, sweet, full bodied liquor with an aroma completely unlike either tea on its own.

Blending high grade Fuding Da Bai Hao Yin Zhen with the smallest pure-bud Dian Hong, this tosses the most silver down covered tea with the most golden down covered tea. If it were not for the excessive amounts of fine downy hairs, this could not be homogeneously blended, but by carefully kneading the leaves together (rather than simply tumbling) in very small batches, the leaves actually stick together in a tight matrix.

The resulting brewed tea has the rich color and toasty nature of the Dian Hong coupled with the rich yet cottony mouthfeel of the Yin Zhen and when combined in a particular ratio manages a light smoky aroma reminiscent of fresh baked pie crust without lending any actual smoke notes to the flavor at all. Fruity sweet notes of grapeskin and honeysuckle come out in later infusions as the white tea takes the stage from the chocolaty red.
An unexpectedly comforting blend of light and dark.

Brewed 4g with 125ml for 1 minute in a glass gaiwan.
Smooth and similar to a Hao Ya Keemun without any of the ash or light bitter notes Qi Men frequently expresses.
I originally made this just to see what would happen mixing various blacks and greens together. Some worked out okay, but mixing high quality pure-bud Yunnan or Fujian red tea with white tea actually produced a flavor I’d hoped for in a red tea. Pain in the butt to blend and it’s sad blending teas that are around $0.50 per gram, but I really like the results. Nice vertical expression of flavors – you take a gulp and are presented with several tastes, smells, and sensations in sequence headed through to the aftertaste. Hard to pin down anything other than a few definitive notes, though.
Pine, apple pie crust, cinnamon, pepper, juniper, cotton, honeysuckle, and cocoa powder come strongly to mind without having directly analogous flavors. Slightly burned balsa wood is certainly there in the aroma, though.
Smooth and rich with a fleeting astringency if brewed with water beyond 80 degrees C or more than a minute. Brewing it longer or hotter is fine, but you won’t get as dynamic a play on the flavor. The flavor really opens up in the third infusion, where some ginger-like savory comes to play.
I’d expound on about this, but would rather encourage others to experiment. Personally, I actually like special prep Fujian red tea mixed with two-year rested Bai Hao Yin Zhen, but again, that’s blending expensive, special order teas that ought to be enjoyed separate first (and the pure bud Fujian reds are actually even harder to blend homogeneously).