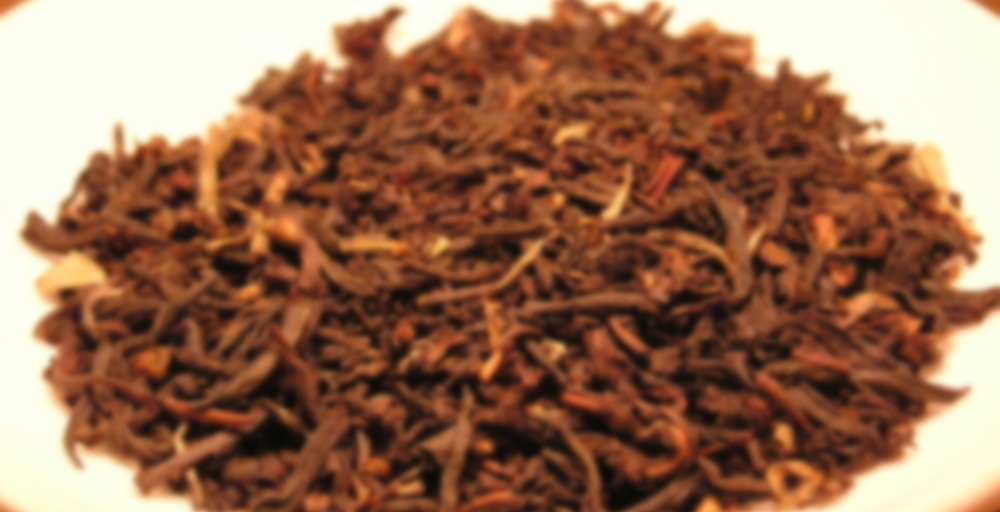 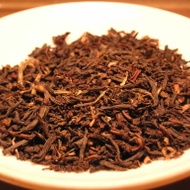 by Green Raven Tea & Coffee
72
You

Every year this blend is reformulated to provide a rich and toasty cup of tea for cool morning and evening drinking through the winter months. While the composition changes, it always prominently features a small but fragrant portion of smokier Qi Men Hong Cha or a less smoky version of Zheng Shan Xiao Zhong (or similar Wu Yi Hong Cha). Also true from year to year is the generally smaller and somewhat uniform leaf size meant to assist with promotion of body and consistency from cup to cup.

While the pine smoke characteristic is sought after for this blend (heady in dry fragrance but moderate in expression in the cup), the aim for full body and enough astringency to support additives as well as the expression of light cinnamon, malt, cocoa, and molasses keeps the composition ever-changing but the comforting and hearty flavor steadfast in its aim for a satisfying winter-time brew.

AHA! Finished this just in time for giving as gifts!

The photo representing the blend is from the batch I made up December 2009, and I’m debating whether I ought to update the picture or just create a new entry for a new year since it’s so different. The 2010-11 incarnation is jam-packed with a LOT more gold leaves. Remember all those Golden Monkey, Keemun, and Lapsangish teas I’ve been going through? Yeah, it was me trying to find a right fit for this guy. Some folks do last minute shopping, I wind up doing last-second tea blending and coffee roasting.

Final test was a hard one to muster the courage for. You see, I generally get heartburn or indigestion from even a slight Lapsang influence… I think it’s mostly caused by something psychological, not physiological. Anywho, my final test for this blend is to make sure I can brew it with 3g in 150ml boiling water for ten to fifteen minutes and easily drink it down, yet there being a bit of astringency for the kind of people who like to put things in their tea.
Smoky, astringent, potent dark tea pushed to it’s limits and guzzled, rather than slurped without a testing sip and potential for churning my stomach while already ill and facing down an overloaded family meal??? fun…? =S
sigh
gulp

Low and behold, it was a success! Huge sigh of relief! Now I can sink into my chair and enjoy the rest of the cup.
Barbecue, pine and oak woodsmoke, walnut, and coconut husk. Wine notes of Cab. Sauvignon, Muscat, old vine Zin, and Syrah. Definite tannin structure here. Heady aroma more akin to smoked ham than burning pine. Light spice notes of black pepper, cinnamon, chipotle pepper, and nutmeg. A touch of baked pear tackiness.

This year I’m making room in this blend for larger leaved Yunnan and Fujian reds – sticking to small leaf bits for body maintenance and holding myself to a high Sri Lanka and Nilgiri percentage for clarity in iced tea as in previous years is not worth sacrificing the nice meaty, savory qualities I’ve been able to get out of this. I may or may not follow suit in following years and there’s still some room for improvement, but I’m calling it and tossing this out there as my Prototype 1 for the 2010-11 batch.