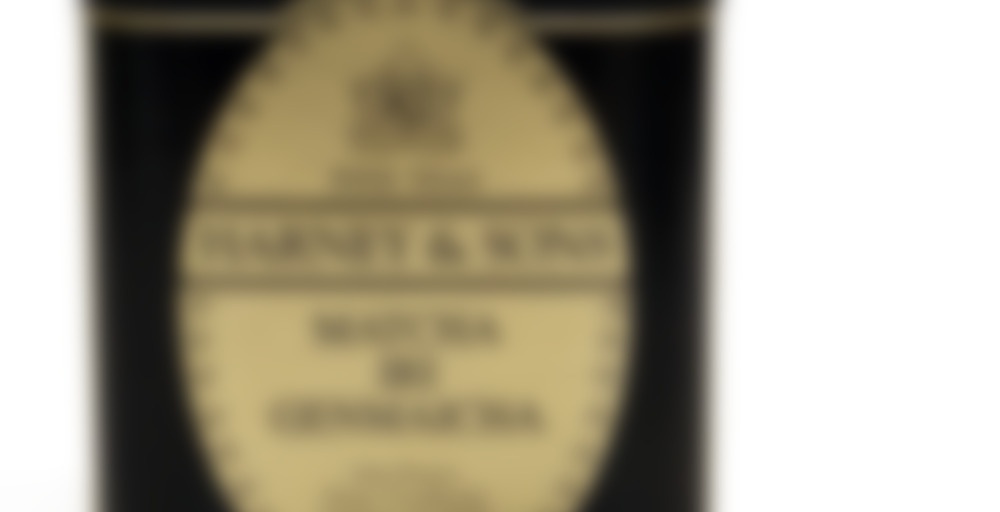 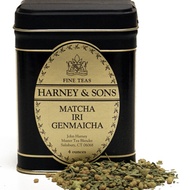 We blend powdered green Matcha into our Genmaicha. It has been a hit at our tasting room with a brilliant green liquor and toasted notes.

This is one from Hesper June! Thanks so much! I’m really excited to try this one :)

(of course I say that about every tea the first time I try it!)

This smells a little skunky prior to infusing. One I started infusing it smelled like a really wonderful popped rice! Toasty, Roasty, and Strong!

After infusion was complete it smelled like green tea/matcha and a bit like roasted popped rice and/or popcorn.

The liquor is murky and a moss-grey-green in color.

To the tongue…this tastes toasty and roasty, nutty, slightly grassy, and much like matcha! It’s a little brothy and the flavor lingers. It’s pretty thick. It’s YUMMY! I like it!

Happy you enjoyed it.
The murky appearance in the mug is a bit different, maybe not one to serve to new tea drinkers;)

I don’t know what I am doing.
So, is this Matcha or Genmaicha?
Well, I had my Matcha whisk out and had already played around with some Matcha this morning, so I prepared this like it was a Matcha tea. (good grief, apparently I was seeing how many times I could mention Matcha in one sentence)
Well, I do not think that was quite right.
But, as I sit here, admitting to you all how green I am at this (Haha! Green! Matcha…get it? ahem…) I am enjoying the flavor of this murky blend of what appears to be something I might scoop out of the cow pond.
It is nutty and yet fresh and actually quite sweet.
I am happily chewing on the little rice bits with green tea leaves stuck to my teeth.
At least I am enjoying my ignorance.

Cute! I’ve done so many things like that and still do! You appear to have genmaicha which should be steeped a short time.

Ooooooo! I haven’t tried this one, I don’t think! From H&S anyways! :) Sounds like a goodie!

Bonnie, Thank you for your kind words:) I tried it again and brewed it in a more traditional way.
I believe you are right and this is the way it is to be brewed, however I miss chewing the ricey bits;)
TeaEqualsBliss, It is a fun tea! I would be happy to send you a sample, just PM me if interested!

Hahaha you’re too cute! This post brightened my day =)

Thank you TeaEqualsBliss for sending me a bit of this tea.

I love Matcha infused/blended Genmaicha, so sweet and toasty. Mmm… this is so yummy and comforting. Nutty and yet very fresh tasting with the sweet green tea notes. A very refreshing cuppa.

Additional notes: Sipdown! I love the combination of matcha and genmaicha. I’ll definitely have to have one of these in my collection at all times. It would probably be Zentealife.com’s though.. I’m not sure if I like one or the other better but I know I have reward points with Zen. :D

ok, so this loose leaf newbie is growing up. this has ruined my enjoyment for the cheap bagged genmai that i thought i would enjoy forever! i never should have tasted them side by side. i was afraid this would happen.

Tea #10 from Another Traveling Tea Box

I love the combination of matcha and genmaicha; it’s admittedly usurped regular genmaicha in rotation my pantry.

This one is quite good. It brews up murky, reminding me of a mossy forest floor. As far as taste goes, it has that awesome umami thing that I love about this combination. It’s roasty, slightly grassy with very subtle sweetness with a brothy quality to the brew.

I definitely prefer the ATR version to this one, though, which is what I was curious to find out. While this one is sweeter, that one has more body, more nuttiness, and all around a better flavor.

Super smooth and toasty. There’s not much to remark about when it comes to this tea (or genmaicha in general), it’s just one of life’s simple pleasures. The green tea is a little bit more pronounced in this than Ito En’s gemaimatcha, which I like. This is a mug of comfort on a cold winter’s night. Out of the few gemaichas I’ve had so far, this one is my favorite.

I received a sample of this from Batrachoid so I decided to start the day with it. The pot was ghoulishly green like a bucket of slime. The likes of left behind by a famous ghost. That the likes of Dr. Peter Venkman, Dr. Egon Spangler, Dr. Raymond Stantz, and Winston Zeddmore take on. http://www.youtube.com/watch?v=j2nYqyfDMnQ I’m excited to try this since my resume of Harney & Sons is quite small. Pretty good overall but I was a little disappointed to not have that toasted rice flavor really come out. It’s seems to be more prevalent in the blends that I have found at the Asian market. Not bad but not spectacular either.

Stay-Puft marshmallow tea must not be far behind?

That made my day ghoulish. =)I think H&S was trying to say"Look! See all the sencha? We do sell Japanese tea!" but I freely admit to buying this in part for the tin.

Number 17 in Another Travelling Tea box.

I’m working my way slowly through the tea box. It’s been a lot of fun so far, but I’m only about a third of the way through. I’ve begun to prioritize, since I don’t want to keep it for more than a week.

This was a very interesting tea. I’m just starting out on matchas, but this is really more of a genmaicha, which is another tea I’d never had before.

The smell and taste are dominated by the toasted rice: almost like a breakfast cereal. The matcha adds mostly color, since it isn’t powerful enough to compete with the toasted rice flavors. This isn’t to say there were no green tea flavors: I knew it was there, but it was definitely in a secondary role. The finish was slightly bitter.

This was a fun tea to try, which is of course the entire point of the travelling tea box, but it isn’t something I would try again. It’s just not what I think of when I want a cup of tea.

This is by far my favorite genmaicha so far. I’m sad to say that even the version I purchased from the local Japanese market pales in comparison to this.

So nutty. So green. So full of in-yer-mouth goodness. I need another cup, stat.