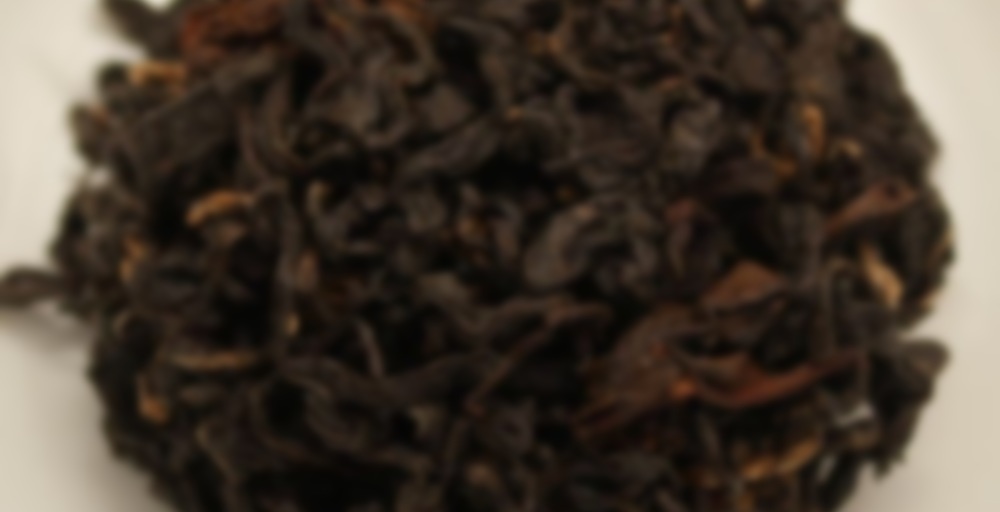 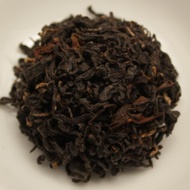 A deliciously smooth black tea with very little astringency that we released this year on Black Tea Friday, November 29th. This black tea presents an amazing textural experience. It’s flavor unfolds even after drinking. Both intensely rich and delicately nuanced.

Pulled out another tea from Dark Matter 2016 to try today. It’s nice to get back to some quality straight blacks, after all the heavily flavoured stuff I’ve been drinking recently, and these are some quality.

While brewing, the scent is strongly chocolate and malty. Like yesterday’s Pine Needle, though, the flavour is a little different. There are chocolate and malt notes, but the first thing I noticed, right up front, was a quite distinctive nuttiness – hazelnut, to be specific. After that there’s sweet, rich chocolate and even sweeter malt, with just a touch of honey. Like honey, it’s super-smooth – a great drinking experience.

This is another one I could drink happily all day, and I’ll probably take it through a few steeps before I call it quits. Teas like this remind me why blacks are generally my favourite.

I had a perfect sample size of this tea, so I grabbed my gaiwan and brewed away. The dry leaf is dark black and slightly curled with aromas of malt, dark coco, black cherry, and grapeskin. I warmed my gaiwan up and scooped a bit inside. The scent opens up into a familiar red tea scent of burnt sugar, resin, char, and molasses. I washed the leaves once an prepared for brewing. The taste is sweet and woody with dark fruits, sugars, dark wood, and some resins in the background. The brew drops down significantly with each steep and becomes a very dry wood with some heavier malt. All in all, the first steep is good, but the next are average. This is a one and done kinda tea.

A Dark Matter tea! Pulled this one out of my sample bag and decided to give it a go today. This is a really nice hong. The dry leaf smelled of chocolate and malt. After being bathed, they got a bit of a grapey note as well.

The first few steeps had notes of honey and malt. I think I ramped up my steep times a bit too quickly, as the tea soon got a little bit rough and drying. After that passed (about 4 steeps in) the tea became very smooth and drinkable, with the same honey and malt tastes, though the malt became more prominent, along with a slightly fruity aftertaste, more blackberry than grape. Maybe like really dark grape jam but I’d say blackberry over grape. Around the 7th steep, the fruitiness started to drop off, and I started tasting mostly malt with a slight salted-chocolate note to it as well. In the final steeps, I got a light woody note which I often seem to get from steeped out black tea. This was a tasty black tea for sure – not really heavy on the chocolate or the fruity, rather it is nicely balanced.

From Dark Matter. Delicious. Someone said that it reminds them of a black version of red Buffalo. I agree. Super smooth, dark chocolate hot chocolate flavor, nice body. I just looked on JTea’s website. It’s $54 for 4 ounces… Well it was good drinking it once, but if I were a rich man, I’d love to make it my everyday.

It was either me, Andrew, or someone else. But man that was an awesome black tea.

@daylon I was so sad when I saw the price!

Brewed this western style. The color of this was an amazing mahogany. The tea itself was rich and well rounded. There was a hint of chocolate and just a bit of astringency, the good “brisk” kind. I resteeped it twice with good results.

Unfortunately, I was drinking this during my Biology final. I jotted down: “Great black tea. Reminds me of ‘Golden Monkey’ from Teavana or Laoshan Black from Verdant. Beautiful flavor, etc., etc. 90/100. Recommended.”

Midnight Sun also made me think of the song ‘Black Hole Sun’ by Soundgarden. And if you don’t know that catchy 90s tune, here you go: https://www.youtube.com/watch?v=3mbBbFH9fAg

There was a tea from Harney and Sons that used to make me think of that song too! I can’t remember the name of the tea though.

It’s odd how the name of a tea or flavor can make me think of a song. I’ve had it in my head all day, though!

For a mid-final note, it’s a very informative one! I hope you did well, and maybe having tea helped! I can hear that song in my head now too…

I should note that it was post-final. However, the tea was gone midway through the exam.

The dry leaf smelled citrusy to me, but once the hot water hit it a strong chocolatey aroma hit me in the face. As I continue to steep it has gotten fruitier. Later still I’m getting something that smells like pumpkin pie. I think a sort of nutmeg/cinammon taste. I’ve never encountered that in a tea before.

Sipdown. I wish Whiteantlers was still around. Need to send her a giant thank you letter and some samples of good tea.

I also owe Luckyme some, but I’m not sure if I have stuff he would like save maybe the Mandala Milk.

Anyway, I like this tea a lot. It’s like a black version of the Red Buffalo with added complexity. Sweet, stone-fruity, creamy texture, and with that allusive cocoa roasted note. If only this tea weren’t so expensive…though I get expensive oolongs anyway. Hypocrite=me-ith.

Glad to finish this off, but I’m not super sad this is gone. Something great every now and then, but not something often or for ritual. Just something for this morning.

I sent a message as well. Maybe time for the USPS to do their thing.

Wait a minute….Now I am interested in it. ;P

Drinking this at work right now… This is literally a black tea dancong. No doubt. I’m calling it.

Fenhuang black Teas can be really nice. I’ve had one from CS before.

One of my favourite places for tea. Added to wish list