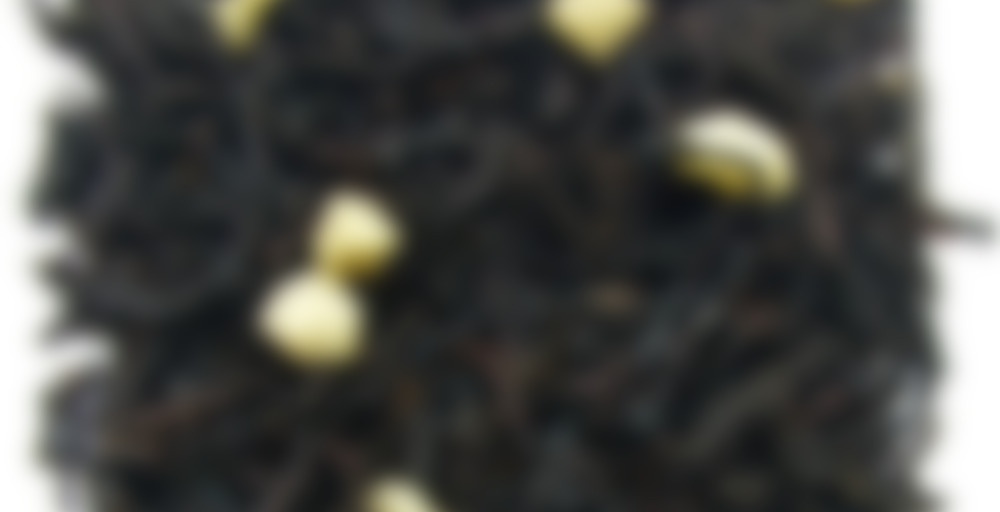 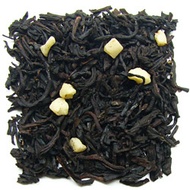 by Mariage Frères
77
You

I prepared this as a dessert tea (a little extra tea, 5 minutes, barely a teaspoon of sugar and a splash of half and half). I’m tasting the most delightful marzipan flavor, which actually reaches a crescendo (!!!) where it sweetens and almost tastes like orange blossoms and you don’t know what is going to happen!!! then it quiets to a nuttier, deeper flavor. Wow. It reminds me of childhood and my Grandfather and definitely Europe and goodness…what can I say. These French teas can be so evocative for me! So many of them taste like things that simply don’t exist in America any more, and they cut me to the quick! I actually have tears behind my eyes!

Needless to say, I find this tea very dear, and I thank you Dinosara for a little visit back in time and across the globe.

Was your grandfather Italian? French? I wish I had fond memories of grandparents. You are so fortunate. I hope I will be an amazing grandma someday…

He was Italian but you know how everything is so close there – his ancestors on his father’s side were French (and mother’s side Austrian). As far as I know my grandmother was Italian, and on the my Father’s side Italian, but my other grandfather was from Rome, which usually means they came from somewhere else. Add to that -both grandfathers and one grandmother had blue eyes, everyone with fair skin, and I really wonder! I tried to do the ancestry thing where you give your DNA to get tested, but it only shows the matrilineal line for women (so I would only know my maternal grandmother’s dna, and she is the least mysterious one!)! and my father and both grandfathers are dead, so I will never know unless I try to do ancestor research, which is fascinating but time consuming. Maybe after school is done :) Maybe better to stay a mystery. Sorry that was long!!!

But what I wanted to say too was that marzipan is also an Italian delicacy, and a flavor that instantly takes me back to being a child. The marzipan wikipedia entry is completely fascinating – the culture involved in a little bit of almond and sugar! http://en.wikipedia.org/wiki/Marzipan

And to further show how mixed up everyone is – my husband’s father is from Italy but his ancestors came to Italy from Albania! There are a whole bunch of Albanian Italians http://www.initaly.com/regions/ethnic/arberesh.htm

I’m glad to be the catalyst! :) And get ready for more marzipan in some of the other teas… it’s one of my favorite flavors!

I will look up the info on marzipan you mentioned. I think it would be wonderful to have a big huggy Italian family! My mom was raised in an orphanage so I never knew her parents and didn’t get to see my father’s parents, and his mother died when I was 9 so I didn’t really know her well. I am looking forward to being a benevolent matriarch! I will be the grandma who reads aloud to you in a tent and helps you collect bugs! :)

hello steepsterites !
Happy to recover the possibility to send a note.

I had this tea yesterday afternoon at a Mariage’s tea room.
So perfectly prepared by the wonderful & so kind people of Mariage.

The smell was amazing : just like amaretto – we can say the almond overpowers the 2 other nuts (pecan and walnut)

The taste is just not so impressive, nutty, just nutty.
Pleasant but nothing more.more walnut on the taste, impossible to me to detect pecan…

we can just feel a very very little bitterness due to the nuts but it is not a desadvantage, it adds some personnality to this tea.

Better with crystal sugar, it add some sweetness too.

I had been wondering about this tea, so glad you got a chance to try it and I can have your opinion!

to my taste it’s clearly not one of the best MF.
I repurchased 100 gr of Rouge d’Automne and Wedding Impérial during my visit, my tins were already finished !

Happy 200th tasting note to me! This was my overnight cold steep, and let me tell you, it was delicious. I decided to cold steep this one after my cold steep of Marco Polo eliminated the weird tart/acidic flavor I had gotten on both of these teas. It worked again, and this came out incredibly almondy with a bit of extra nut flavors added to it. The only drink I’ve had that is that almondy is an almond flavored bubble tea, which I love.

It seems like for this tea and Marco Polo I need to add cream/sugar or cold steep to take care of that odd acidic note I taste. I’ll no doubt try this one again hot and plain just to be sure, but if nothing else I can definitely always cold steep it.

I just had a French tea today that waws delicious until it started getting cold, the it got the weird, astringent or acidic taste you mention. Must be something these French teas ave in common…

Good gravy, look at all the missing letters! Will I ever get used to my iPad, or at least start proofreading?

Thanks LiberTEAS!
And ashmanra…LOL it can be hard to get used to typing on those keyboards! I haven’t experienced the acidic taste on any of the Dammann teas, but it’s definitely there on two different MF blacks I’ve tried.

Tea of the late afternoon…..

And day #18 of 24. Thank you Dinosara for sharing this one with me!

The tea itself does have a nutty essence. I mostly get almond, some pecan, and I thought hazelnut. However, upon reading Dinosara’s review, she found the last nut to be walnut in her research. Usually I can taste walnut a mile away because it never sits well with me (sensitivity/allergy to raw walnuts and hazelnuts so I always notice the taste of them to avoid them), but it is definitely not present in the tea as far as I can tell. (Luckily, an infusion of the nuts I cannot eat raw does not affect me too badly, and if they are roasted or cooked, I am fine.) All that being said, the almond in this blend is nice. I don’t think it is the end all be all for almond tea, but I am very thankful to have had the opportunity to try it. One day, I will find an almond one that I love. One thing I do find interesting is that the tea base Marriage uses in their flavored teas is good, but I guess I just expected more.

I’ve been very keen on nut-flavoured blacks in recent months, so when we ordered from MF, this seemed an obvious choice. I don’t know what kind of nut is in here, but one of them is definitely almond. That marcipan-y note is impossible to miss. Then I expect one of the others is likely hazelnut and the last one probably walnut. Those seem the most likely choices anyway, as they’re so common I reckon any other type of nut would probably be mentioned in more detail. If the French version of the description offers more detail on this, feel free to inform me.

The leaves smell very sweet and almond-y. Husband thought it was quite Christmas-y and I agree with that, because marcipan is closely connected with Christmas in this country. You can have it all year, but I’d wager 50% of the average Dane’s yearly marcipan consumption happens around Christmas. After steeping it smells more hazelnutty and walnutty which fits nicely with my guess of other nuts in this.

The flavour is more sort generally nuts. There’s a sweet hint of marcipan to it, but mostly it’s just generic nut. It doesn’t bother me, though, that I can’t tell the different nuts apart and identify them separately because they come together in a rather well-rounded whole which also suits the base quite nicely. It feels like they’ve used a fairly strong base for this and that’s a good choice, I think. Nut flavoured teas tend to get rather sweet on their own, so a strong base balances it out a bit more.

I’m quite happy with this one. I have to say I find that something of a relief, really, since earlier this year I tried a number of French brand teas which others had found to be the best thing ever and I kept getting a little disappointed by them. I mean they were nice enough, but not all that. It’s good to know that there are still lovely French teas out there for me as well. I used to be very keen on the subtlety of the French blends in general. It’s like French brands blend and flavour to a particular style. My tastes must have changed a bit since then.

Sounds yummy, but I would probably prefer if the almond just tasted like almond instead of marzipan. I find it frustrating sometimes that companies find it necessary to equate the two. Glad it worked for you though!

To me, marcipan and almond flavouring taste very similar in tea blends, so don’t count on me to spot any difference there. :)

I’m not sure I understand what you mean then… You mean you would prefer almond nut bits instead of flavouring oil? Or your perfect almond tea is more… hm, nut-like?

Yes, more nut-like. “Almond-flavoured” flavouring oil, in my opinion, is sweet (marizpan-y) in a way that actual almonds aren’t, and I would prefer it to be more like, say, almond butter flavour. Hahaha. Actual nut pieces are great but I don’t believe they impart a great deal of flavour (so blenders have said?)

So I’ve been told as well. I figure they must know what they’re talking about so I choose to believe it. :)

I don’t think I’ve ever met an almond tea that was nut-like like that. Perhaps what you really like is a different kind of nut? :)