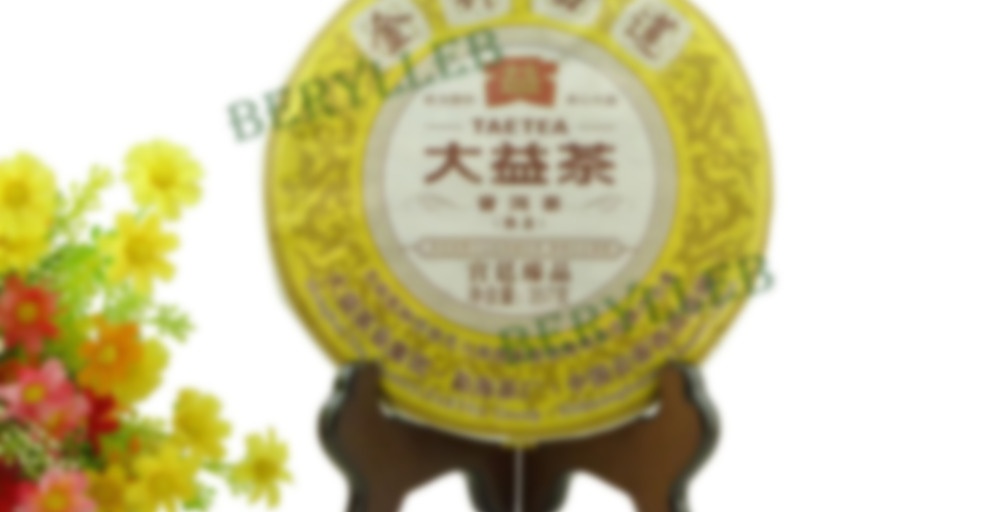 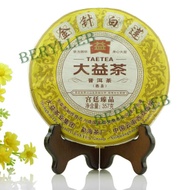 by Menghai Tea Factory
82
You

Golden Needle White Lotus (金针白莲) Ripe Pu’er Tea Cake won 2005 China International Tea Culture Gold Medal. It is one first high grade product of Menghai Tea Factory.
“Golden Needle ” means that the tea buds are tender and tight with golden hairs like golden needle; “White Lotus” means the tea has a special light louts flavor. So it is named “Golden Needle White Lotus”.
The Tea is made from the slender and tender tips of Menghai, and is moderately fermented and processed. The tea lines are shapely with tight golden hairs. It yields a reddish brown broth and aged aroma with lotus flavor.

I am back in San Francisco after a punishing hike in the East Bay hills that was pretty steep. Glad to be sitting on my bum now drinking tea!

So this was a sample I got from Dragon Tea House. My tea spending is definitely slowing down and it will probably slow down even further soon as my unemployment is set to expire next month… :(

This tea has a good reputation and I have really been enjoying my small sample. The full cake size of this is $56 on the Dragon Tea House website, which isn’t a bad price for an entire cake.

This tea doesn’t have much fermentation flavor, which is nice for a ripe puerh this young. After a quick rinse, my first steep was very light. After that I did several subsequent steeps around the 30 second mark. They were velvety and creamy. This has some nice chocolate notes and coffee notes but without any bitterness. It leaves you with a refreshing mouth feel that lingers after you’ve consumed the tea.

It might be a bit overpriced/overhyped but I found it very tasty. Really good as an after dinner experience and soothing.

Another sample gift from “PUG”. Gaiwan, 2 rinses and rest 15 minutes. Nice and dark the steeps are. Aromas of peat, earth, slight smoke. The flavors however were not as complimentary as I thought they would be. Just very smooth, no harshness or astringency, but left me thinking I wanted more in the flavor department. It did however last the whole day and did not loose what flavor it had.

Broke out a shou for tonight and the clay pot for it.
I started this one out with about 12 grams gave a good rinse and let it sit for 30 mins before brewing to re-hydrate.
To be as young as this shou no off aromas or “metallic” as some have being this young. Did a 8 second or so brew on this one. I poked around the leaf in the pot and there seems to be a fair amount of green leaf in this. Lightly fermented for sure. light on the palate, hints of oak, dates, raisins and a slight caramel to this one. Very reminiscent of another great shou from a local seller. Nice and velvety. Easy drinking and being enjoyed. Full 10 oz brew with the pot. I should gongfu this at a later date.

do you remember where you bought this from?

@TeaBrat Berylleb king Tea off ebay. I can hook you up with direct sales from them if you need it.

lol, probably not a good idea ;)

@teabrat, they sell samples on about everything…..

So today I tried this famous tea from Menghai Dayi, one I’ve wanted to sample for quite a while. I think it has the reputation of being the best quality ripe pu erh by this factory. It certainly commands what seems to be an unreasonably high price. This 2012 version sells for about $90 right now, and the 2008 version is a whopping $130! That seems outlandish. But hey, maybe it’s that good?!

Well, it’s good, but not $90 good. It is quite smooth and rich, tasty, and is a high quality tea to be sure. No off flavors. But I’ve had others this good for quite a bit less. I’d pay maybe $40. These inflated prices are crazy.

Agreed! Tea prices are crazy this year. maybe the puerh bubble will hit soon and drive prices back down.

I bought the 2010 version back when Yunnan Sourcing had it for $65.

too rich for my blood!