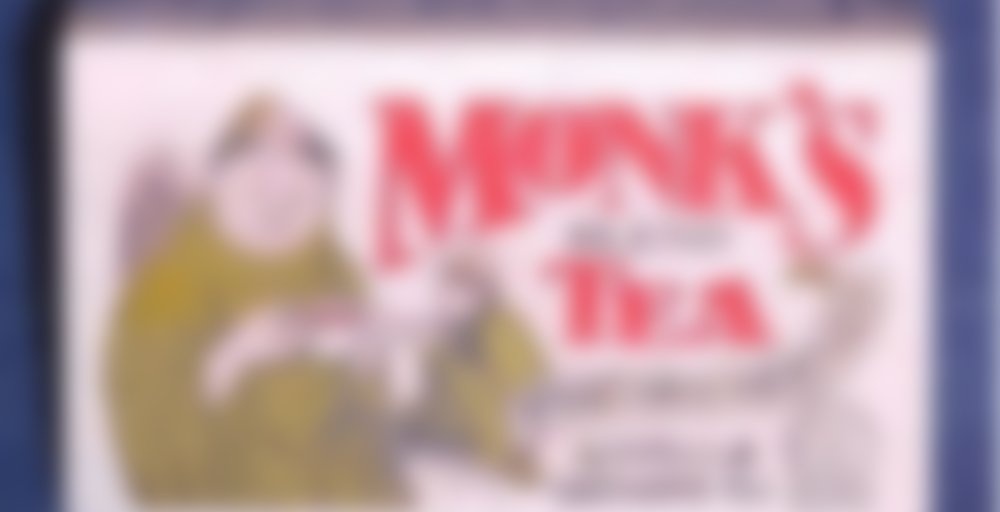 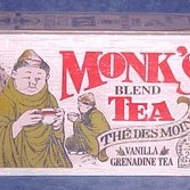 Franciscan Monks have used this delicious tea for hundreds of years to keep the awake for long periods of meditations. The Monk’s Blend Tea features a vanilla and grenadine flavor.

My thoughtful and creative gift-giving husband saw to it I had about 3 bulk ounces each of German chamomile, Oregon peppermint, and lavender for experimenting and blending.

So I tried a teaspoonful of the lavender with my old standby Monk’s Blend. May have to work with the proportions a little, but it tones down the grenadine sweetness a little and — well, tastes a little like a purple Crayola. (Not that I ever actually ate one during my formative years.)

But then again, if you’re a sucker for blank paper and a brand new box of pointy crayons….

What a thoughtful and creative gift indeed! Have fun blending!

I have some lavender too – if you’re looking for ideas, chamomile, mint, and lavender all together make a very nice herbal tea. I like lavender with Earl Grey too.

I’ll Have to try the Monk, I’ve been watching some on E-Bay and Just haven’t got it yet, your post increase’s my desire to try this Tea. I’m a sucker for the Boxes too. Keep on Steepin

I really enjoyed this one. The tastes mixed together just right and mmmm….so yummy. I love vanilla, and the grenadine made it perfect. Definitely need to buy more.

Not only does this tea taste great, but it is great for its original purpose, staying up for long periods of religious meditation. I often stay up for hours just sitting and thinking, and this tea makes you feel awake, but not jittery or how caffeine makes you feel. Regardless, this tea is a great blend of sweet and savory (i especially like the hints of vanilla). I highly recommend this to all fans of traditional teas.

I have had this tea from foil tea bag. It must be quite old, as it was from huge bags section, but we will see.

Dry aroma was saying that this tea is apparently flavoured, but I could not find any flavours listed. (I found out later, that I am blind and I haven’t saw “Vanilla Grenadine Tea” on backside).

But I put that bag in mug, used boiling water and waited 3-4 minutes. Then I took the bag out. It was somehow aromatic, but I could not found out, what exactly it is. Vanilla? Yeah, some sweet notes, but not vanilla like I think.

After few minutes I took first sip. It was very similar to aroma, with one differencce. The base tea was quite strong and noticeable. When it cools down, the taste profile became more clear and I clearly noticed a pineapple flavour and bit like pomergranate, no vanilla. It wasn’t that overpowered as it could be (and sometimes even is), so I have liked it.

Moreover, this tea is apparently full of caffeine.

Ah…in my early tea drinking days, before I realized how long it would take to go through it, I ordered a pound of the same Monk’s Blend! Haven’t had any in a while, but it sounds tasty today.

It was certainly nice to drink. The tea base was nicely present and the flavouring was just okay. I usually have troubles with both, base too weak or too much flavouring. This was alright in both.

Many our country’s tea lover have recommend this tea. Monk’s blend was mild and fragrant.

you can buy this tea from www.ceylon-store.com

I don’t think I steeped this long enough, but it was still tasty! We picked up a couple single bags of this to try a Monk’s Blend before we invested in some looseleaf, but I enjoyed the light vanilla flavour of it.

The Ceylon tea is a little on the bitter side, but the slight hint of vanilla and sweet grenadine was nice.

It’s good – not too strongly flavored. I was surprised how much I enjoyed it – I would consider buying it in the future.