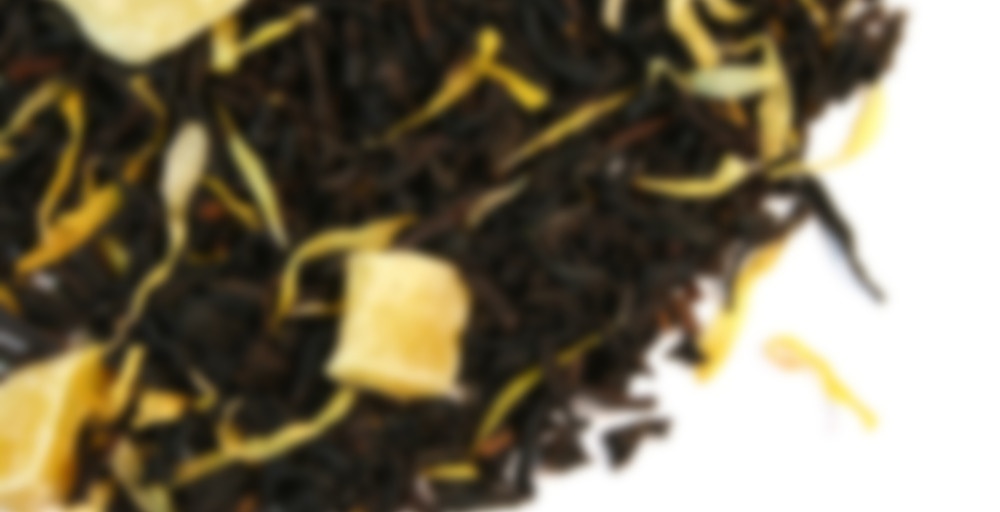 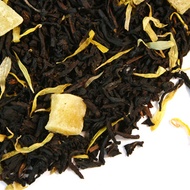 by Monterey Bay Spice Company
76
You

As with most fruit tea blends, black tea makes a significant contribution to the robust overall flavor and color of the cup! Mango Fruit tea oozes distinction and quality, producing a deep red liquor. It’s beautifully colored by strands of golden calendula petals strewn throughout the blend! Finally, the creamy exotic taste of real mango pieces provides the final piece to an irresistible infusion!

This is one that Dinosara shared with me in our recent trade. It was an amount that just fit the size of the pot that I use when sharing with the boyfriend, and as he tends to like ‘black and fruity’ it was also an obvious candidate for sharing.

I can smell the mango in the aroma, but there’s something else in there as well which smells sort of spicy and … something! I know I know that smell, but I can’t for the life of me put my finger on what it is. I suspect it probably has something to do with the petals of something or other in the leaves. I asked the boyfriend and he suggested it smelled a bit like mulled wine, possibly cloves. That could be it, but I’m not sure.

That thing I can’t remember is in the flavour as well. Right at first for a brief moment, and then it sort of turns into a flavour of sunflower seeds and finally mango. The mango is most prominent on the aftertaste, but it’s a very authentic tasting mango. It makes me want to eat one.

It’s very nice, this, and it also earned the boyfriend seal of approval in spite of initially having inspired a bit of ‘meh’ in him when told what it was. Personally, though, I could have lived without the funky sunflower seed flavour…

I haven’t actually tried this one yet, so I’m glad to hear that the mango flavor is at least authentic. I’m interested to try and look out for the weird spicy flavor.

I’m not entirely certain that it really is reminding me mostly of sunflower seeds, but… It seems to be as close as I can get. I’ll keep an eye out to see what you think of it when you get around to trying it out too.

Frustrating when you can remember a taste but not remember what it belonged to.

Yes it is! And the more you think about it, the more difficult it becomes to pinpoint it. Chances are in a little while someone will say something completely unrelated to this post about ‘this whole other tea smells like xyz’ and I’ll go XYZ YES! and it’ll be too late, because I’ve already used the sample.