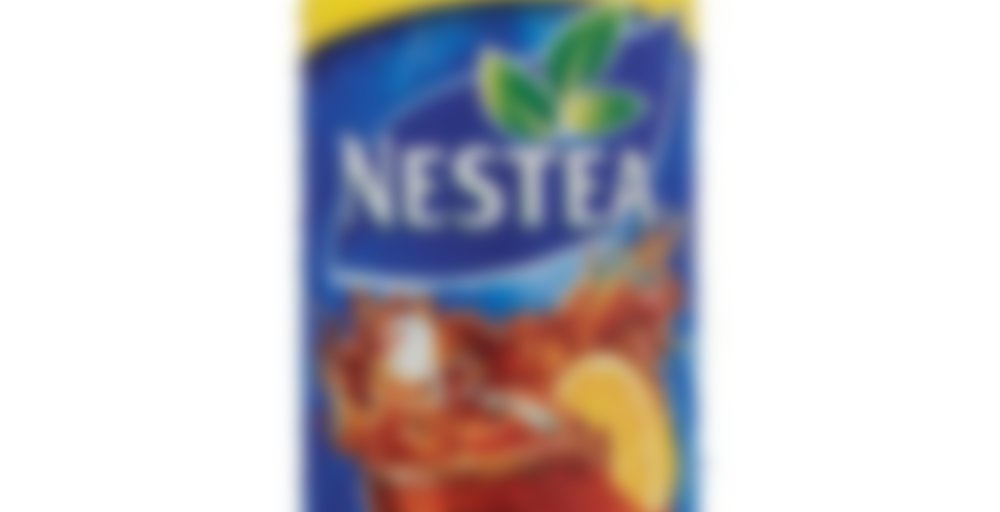 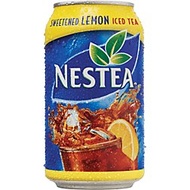 sugar water. My mom stopped by and gave me a bottle.

how can anyone call this tea?
blech

Not a lot of tea taste, more of a sweet fruity drink.

Whenever Tre and I order in pizza, we always get the “2for1 Movie” deal, which comes with four cans of pop. Neither of us drink pop regularly, so we get Nestea since this is the “most agreeable” option for both of us – so there’s usually a few cans sitting in our fridge that eventually get drank.

Since we ordered pizza tonight, this holds especially true. I happen to be drinking one of them right now, actually.

Personally, I think that this gets a bad wrap among tea drinkers at the “Steepster” level (by which I mostly mean tea drinkers with lots of knowledge and many types of teas under their metaphorical tasting belts) – sure, it’s highly sweetened – but as a convenient kind of tea I think it’s probably the best in its respective class/market.

I know that personally, I would prefer a glass of this than the typically shitty, over steeped Lipton bagged green tea most restaurants offer. And at least when I’m eating out the average non-tea drinker knows what I mean when I say I’d like a Nestea, unlike when I say “Do you have any oolong?”. That counts for a lot, in my book.

It’s good for what it is.

Isn’t Nestea a Canadian thing? I could be totally thinking of something else but I feel like at some point I learned that in the states their version of iced tea is actual brewed tea on ice, with sugar (or not). I thought that was pretty cool. Because my brother always orders iced tea at restaurants expecting to get this,mor the fountain version and when he ordered it one time they brought him actual brewed tea with ice cubes and he was sadly disappointed. But me, I’m a fan. Perhaps it’s more down south (I think. We were in South Carolina)… Though I feel like even McDonald’s in Maine has real brewed tea vs Nestea. I wonder if an American could confirm or deny my ramblings

I’m not sure if Nestea is Canadian – but I know what you’re saying about the sweetened brewed tea in the States. That’s typically more of a Southern thing, I think? So like in Texas…

I think they did it in Maine too but it’s been awhile!

I’m in the northeast US and restaurants do both sometimes. Although, whatshesaid is right — iced tea in a restaurant is typically brewed tea over ice, sweetened or unsweetened per your preference. Nestea would appear with the soft drinks and would have to be specifically ordered if you wanted that instead of the standard, brewed iced tea.

I am usually very tolerant of non-steepster approved teas. I drink what tastes good to me OR has memories attached. That is the problem with this for me. As a teen I bought a lot of Nestea instant in a jar. Once I started drinking brewed tea I could no longer tolerate it. My son likes it but I just can’t bring myself to try it.

I don’t know why people here judge this brand of iced tea because, overall, this isn’t tea. It’s basically a refreshing drink with extracts of tea flavored ice fishing. Anyway, Nestea is an inescapable easy to find. When I’m too lazy to go to the grocery store, I stop at the corner store to buy some Nestea bottles. It tastes the same as Brisk but you don’t say anything about it because it’s a Lipton brand. That’s it.