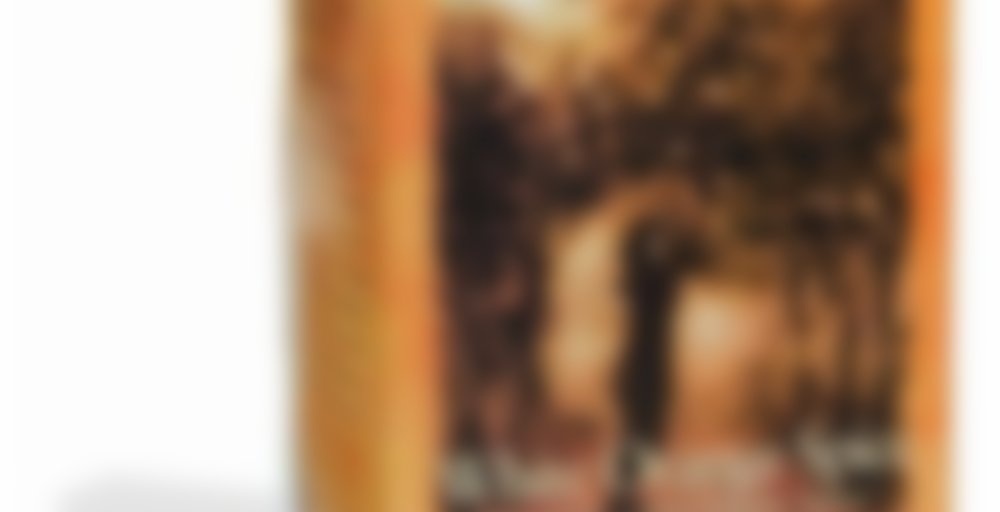 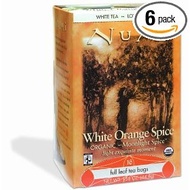 by Numi Organic Tea
57
You

Sipdown #71, this one came from Sil. I’ve drank it before, & it’s ok, but not something that will ever take up residency in my cupboard.

I was digging through my home cupboard, which has only about 5% of my teas in it, when I stumbled upon a tin of Bangkok that had a bunch of tea bags in it… that weren’t Bangkok. I got several Numi teas a few years ago but at the time I wasn’t really fond of white tea so I left them alone (though I gave them a fancy new house). They’re old (probably 3 years?) so I was a bit suspect, but upon opening one I smelled clove heaven so I decided to give it a shot.

I love cloves. I mean, I really love them—whenever I bake anything with them I need to hold back because most people don’t seem to have the same fondness for them. Me? I could have a pumpkin pie spiced only with cloves and be in heaven. Clove pie, mmmmm. Since that was pretty much the only smell I could discern here I was pretty optimistic. And indeed, it tastes like cloves! There’s a bit of cinnamon and ginger and some faint citrus, not nearly as in-your-face orange-y as other reviews point out. Probably because this bag is 3 years old, and age has changed the flavors to a different profile. There’s a teeny hint of sour (from the hibiscus I presume) that balances the clove well. I actually really enjoyed this cup and will definitely be drinking the rest of it—it’s quite good for a bagged tea, though I’m not sure if a fresh batch would be at all the same.

I have a recipe for clove cake!

Are you sharing, Bonnie? :)

If you’re willing to share I would LOVE the recipe! I’m a clove fanatic!

Not a fan of this one..I like it a lot in theory…but they missed the boat when they decided “spiced” meant overload this with cloves. The citrusy flavour and the tea are quite nice if you can ignore the cloves. too bad…i had hopes for this one. (on a side note, why do all teabags say boiling water???lol)

Second to last of the original bagged tea splurge left to write about. Woo hoo!

I wanted to drink this after the White Nectar Osmanthus Spring because the Moonlight Spice is, as the name suggests, heavily spiced and I feared it would influence my palate if I tasted in the other direction.

The white tea in this one is identified on the packaging as Pai Mu Tan (aka white peony). In my admittedly v. limited knowledge obtained from reading books about tea, I would suspect this is the base for the White Nectar as well as it seems to be less costly than other white teas that contain only buds.

When I sniff the bags, the dominant smell is the cinnamon/orange/clove “Constant Comment” combo, followed by ginger, followed by nonspecific citrus. The liquor’s color is quite dark and orange/brown, almost like that of a standard black tea. Its aroma is mostly cinnamon and some clove. It reminds me of the smell of a spiced “tea” my mother used to make for my father when he had colds. I am fairly sure there was no tea in it at all, just cinnamon, clove and perhaps some other spices.

The tea has a slightly tart taste, probably from the combination of the citrus and hibiscus. I note that it contains dried lime, which may be the same lime from the Dry Desert Lime tisane and which is quite tart. The Moonlight Spice is much less tart than that. I can taste cinnamon and orange, and a little ginger. I can taste the tea only slightly, and I may only be able to taste it because I have the taste of the White Nectar still resident in my personal RAM from the earlier tasting.

It’s not bad, but it isn’t something I think I’d choose if I were going to choose a flavored white tea. The flavors are pretty strong for the delicacy of white tea to stand up to. And if I were going to choose tea with this spice profile, I would likely choose one with a black tea base, a tisane or chai. I wouldn’t cast that in stone, though. This could be a good medicinal choice for when a small amount of caffeine would provide a boost and when black tea is too strong or rich.

Thanks to Michelle, I am having my first taste of something with schizandra berries in it. (Schizandra—sounds like a sneeze.)

Lots of spice in this one, cloves especially. I think I have more or less permanently burned off, from my love of heavy black Assams & breakfast teas, the taste buds that can actually pick up the subtleties of white tea—so if there’s some white tea character in here, I’m not registering it.

This is still OK, and would likely please a chai lover.

This is one of the Numi teas that I picked up at my conference earlier this month. I had several cups of this during it, and really enjoyed it.

It’s very nicely spiced; I can taste the cinnamon and the cloves primarily, and the orange is absolutely delicious. Not much of a white tea taste, but I don’t mind that in this blend. This is a blend that is very forgiving on time/temp, as I had no control over either at the conference and it still turned out delicious. This is a blend that I would definitely invest in…and will keep drinking at conferences.

I just moved by a grocery store that has an amazing tea selection (compared to anything where I used to live) and they actually carry some Numi teas AND they had this one! May have to pick it up! Have you ever had Bigelow’s Constant Comment tea? Is this one similar to that minus the black tea base?

I have had Constant Comment, but only once or twice and I don’t think I made it right. I highly, highly recommend trying this one though…if I see it at the store, I’ll be picking it up for myself. It’s great!

vanilla_bookworm
Delete
I’ ll def. have to try it soon! Noticed that amazon has Numi teas on sale through the end of Dec.! Just bought some of their Earl Grey (the 3 boxes). Love it!

50
Not Recommended
carol who
467 tasting notes

Another restaurant, another trial teabag. This is one of the teas I have been carrying in my purse for just this purpose. This tea is somewhat disappointing. Even though every item in the ingredients says organic it smelled artificial and very medicinal. Strong cinnamon taste, very little orange. Will not be purchasing this tea. Luckily all I had is the one teabag:)

Inspired by the iced tea chatter over here, I made a liter of this and chilled it. It’s pretty good. It actually reminds me of iced Constant Comment… which I think is mostly due to the cloves. I’m certain I wouldn’t want this to be a summer staple, but it’s nice tea to drink iced.

This is okay. I don’t love the orange flavor – I think it’s a bit overpowering. And the cloves are very strong here – a bit too much for me, as I much prefer floral teas to spicy ones.
That being said, I got a box of this from a friend and it’s definitely drinkable. It’s warm and aromatic, and I think it’ll be great iced with a little bit of honey or sugar – just needs a bit of experimentation to get it right. And I’m glad that, even though it’s a teabag, it’s a Bai MuDan base so I don’t have to worry too much about oversteeping, which always worries me with bags.

Cinnamon and that’s all I could taste! When I think of Orange Spice, I think of Pike’s Place’s Orange Spice. I love that iced. I think I tasted a hint of citrus, but the cinnamon wouldn’t let me taste anything else! This wasn’t desirable iced, definitely more a hot tea. I couldn’t stomach how much cinnamon this tea has. I love chai, but I am not a fan of the flavors of this, which is weird since the ingredient list is everything I like or love.

I think if there was actually more tea in here, I could stomach this tea.